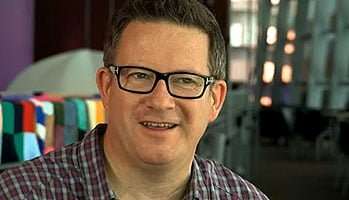 Matthew Bourne loosely based his Play Without Words on Joseph Losey’s 1963 ‘film noir’, The Servant, for which Harold Pinter wrote the script. All the atmosphere of Pinterian menace and obliqueness has been transferred to the amazing piece, enhancing and distilling the erosion of social, sexual and moral certainties by the so-called liberated Sixties. The story is simple – repressed upper-class Anthony hires a valet (Prentice), who bites, viciously, the hand that feeds him; crucial to the action is Anthony’s fiancée Glenda, and Sheila, a maid with special talents.

This revival of the 2002 National Theatre production is part of the quarter-century bash for Bourne’s New Adventures company. I’ve much admired Bourne’s rethink on ballet classics such as Swan Lake and Nutcracker (his new Sleeping Beauty opens in December), but there were always those traditional ballet moments that didn’t gel with Bourne’s concept and were often dealt with in a jarringly broad-brush way. 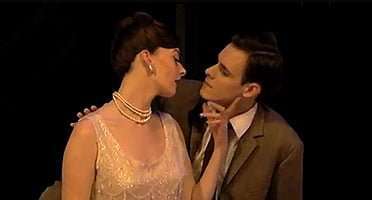 Play Without Words, though, is a celebration of forensically examined motive and detail, laid out with confident clarity. The four main roles are each played by three dancers (two in the case of the maid). Their movements may start strictly synchronised, but they then go off in all manner of tangents – the valet dressing and undressing Anthony at the same time (an extremely witty, erotically prescient piece of dance/music theatre), a simultaneous action and its consequences building up minutely observed and complete characterisations. 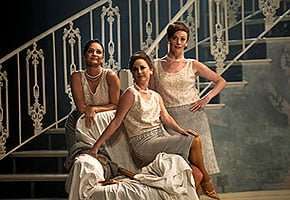 Bourne is a master-discerner of body-language, and the genius of Play Without Words is that it makes the audience hang on the tiniest nuance – the tilt of a head, whether a foot is relaxed or at right angles to the leg, as much as the sheer athleticism and power of the dance-acting in general – to flesh out Bourne’s narrative, which is delivered with true Pinterian stealth. Your eyes really do all the listening, as the power games and fierce eroticism simmer then erupt and as relationships become more and more debased.When Play Without Words was unleashed ten years ago, it was described somewhere as modern dance for grown-ups, and today its crucial setting in the Sixties, a period now dignified as legendary, reinforces that view. Still, as they say, if you can remember the Sixties you weren’t there.

In the look of some of the clothes – a particular type of dressing-gown for Anthony, a cricket sweater (and little else for the maid) – there is a strong whiff of the Profumo scandal, one of the defining worm-in-the-bud happenings of the era, which enhances the predatory cynicism of Bourne’s piece. His hip dance movements combine, with considerable style, fidelity and parody, making Swinging London seem never less innocent. 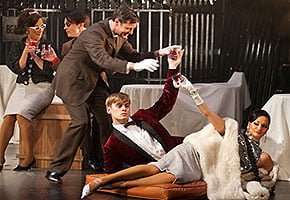 Lez Brotherston’s single set creates Anthony’s groovy Chelsea pad as well as seedy Soho and the once-gay Salisbury pub on St Martin’s Lane – the sexual brief is pretty inclusive, and fittingly saturated in steamy repression. The narrative is absorbed by recognition, a brilliant feat in itself, and the dancers are all superb in the way they animate this cautionary tale, initiated and closed by the mesmerising figure of Speight, a sort of Pied Piper/Mephistopheles figure, and the only part played by just one dancer. Terry Davies’s magnificent score, ranging from ad agency Bach and cheesy James Bond glamour to wailing, sexy jazz draws together the threads of this unforgettable, original achievement of dance, music and theatre.