Tchaikovsky
The Sleeping Beauty, Op.66 – ballet in a Prologue and three Acts to an original scenario conceived by Ivan Vsevolozhsky, and based on Charles Perrault’s La Belle au bois dormant, here in Matthew Bourne’s choreography in four Acts 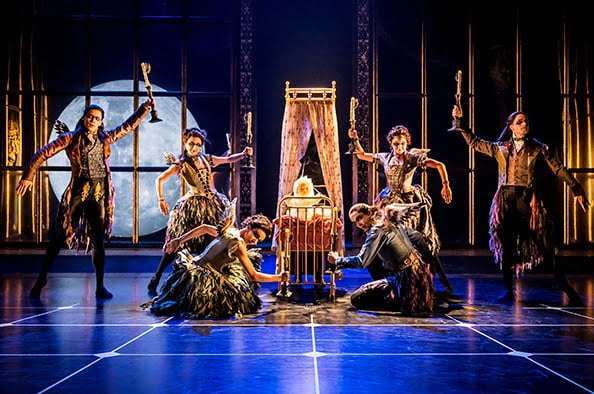 First seen in 2012, Matthew Bourne’s Sleeping Beauty presses all the right theatrical buttons for a Christmas show at the Sadler’s Wells: sumptuous sets and costumes, undemanding and accessible dance, and a scenario which captures modern tropes in entertainment, a feisty heroine, love across class divides, vampires and cutesy puppets. The problem is that it is not that good, certainly far below his treatments of the other two great Tchaikovsky scores, Swan Lake and Nutcracker!.

Bourne seems to have been drawn moth-like to the idea of completing a trilogy, but Sleeping Beauty finds him burnt away by the magnificence of the music, albeit pulled and pushed around horribly to serve his purpose. That the composer was telling the story through his music with themes and key changes matters not a jot as music is cut and reordered to fit the new scenario. He could easily have chosen any other score or indeed commissioned one, but no, Tchaikovsky it has to be, in a brutal recording by Brett Morris and an orchestra hired for the decibels they can produce rather than their musical finesse. But even in this Frankenstein version of the score, a severely mangled Tchaikovsky blows Bourne away, the music simply too powerful to be matched by what is staged. 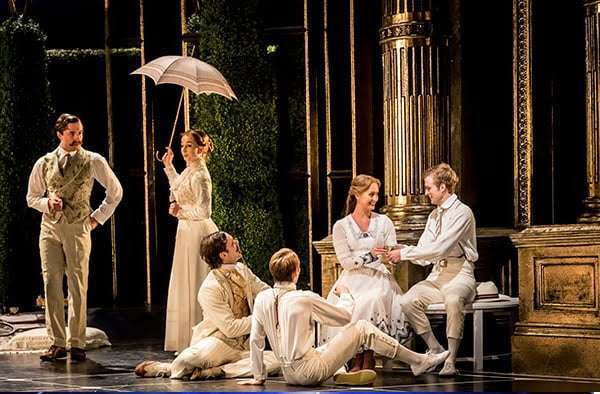 Fatally, Bourne sticks rather too closely to the original story of Marius Petipa and Tchaikovsky’s 1890 ballet, meaning that he leaves himself with long passages of pure dance, thereby exposing his own limitations as a choreographer. He is always at his best with detail and social comment, so the bustling servants of the Act One are both satisfying and funny while the Sleepwalkers’ ballet blanc of Act Three serves no narrative purpose, and confirms a limited movement palette. Matters are further undermined by direct quotations from Petipa’s choreography – the ‘Finger’ fairy of the Act One (here Tantrum, the Fairy of Temperament) points away just like in the original.

There are numerous and ultimately tiring quotations from other ballets, as if Bourne is trying to position himself firmly in that world rather than in that of dance theatre: the four tennis players of Nijinsky’s Jeux appear in the Act Two garden party, as do the Nicholas and Alexandra of Kenneth MacMillan’s Anastasia, and the sleeping Aurora is often partnered much in the manner of the distraught Romeo with his Juliet in MacMillan’s ballet. There are, however, felicitous moments; indeed, the work starts on a high and slides downhill thereafter. 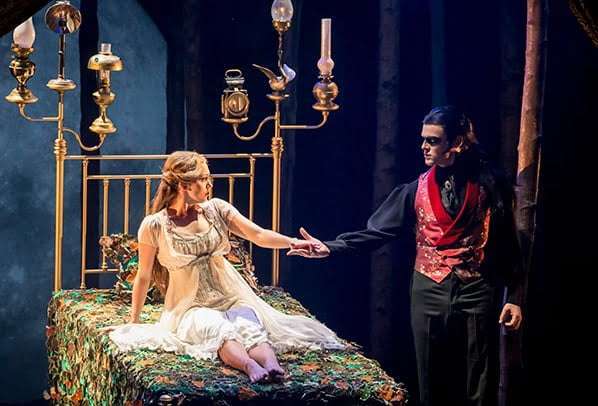 Act One’s baby Aurora is delightful, the infant played as a tearaway by an ingenious puppet, the servants of the palace, driven to distraction. The fairies who protect her appear at night, and dance their gift divertissements are sumptuously costumed and cleverly differentiated in their movements; it makes for a fine episode, as does the entrance of Carabosse and her thwarting by Count Lilac (aka the Lilac Fairy). It is when the said Count Lilac reveals himself, and presumably his fellow fairies, as vampires by munching on the neck of Leo, Aurora’s amour, that matters slip away, compounded by the replacement of Carabosse by her vengeful son Caradoc, a part stuffed to bursting with camp melodrama.

Acts Three and Four – 100 years-on – drag awfully, and Bourne’s new narrative starts to unravel – the Act Four wedding ball for Caradoc and the terrified Aurora is an embarrassing sequence of posing and voguing.

Lexz Brotherston’s sets are superb – Corinthian columns framing ingenious settings, and the lighting makes every change and transformation telling. Bourne’s company dance it all with unfailing engagement. It is all rather frantic; there are precious few moments of stillness or calm, frenetic movement mirroring high-octane Tchaikovsky. Ashely Shaw was a tomboy-ish Aurora, hurling herself into Isadora Duncan-esque tearings, a wild spirit indeed. Dominic North was a sweet and physically accomplished Leo, the below-stairs boy she falls in love with and, thanks to a quick nip on the neck from Count Lilac, who waits for her for a century (we are not told what happens to the rest of the palace inhabitants who presumably moulder away). The tall Adam Maskell did all he was required to do as the said Caradoc, including a presiding over a preposterous Dennis Wheatley ritual. There are good dancers in Bourne’s company who, however, lack the spark of individuality which makes them stand out.