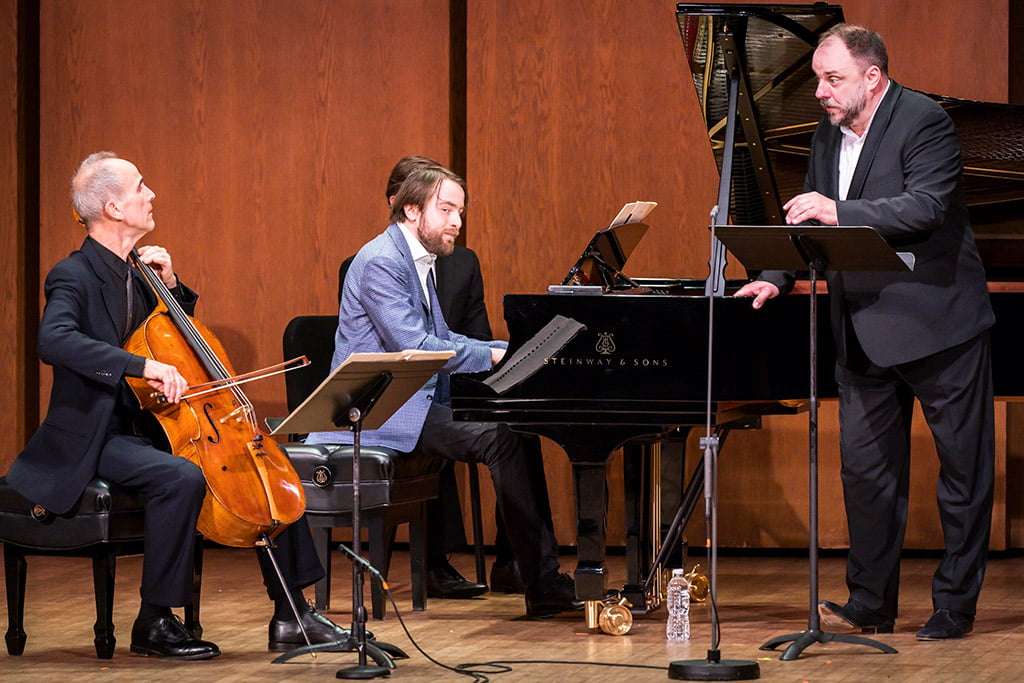 Matthias Goerne, a leading exponent of Schubert Lieder, has demonstrated an interest in exploring different sounds by transcribing the piano accompaniments for other instruments, such as his wonderful recital in London’s Wigmore Hall in 2013 with harpist Sarah Christ. The change of instrument necessitated alterations in Goerne’s vocalizations, resulting in greater and spellbinding softness and intimacy. In this Kaufmann recital, New York Philharmonic string-players accompanied five songs, Goerne free to project forcefully without overbalancing, although the overall effect was still gentler than with piano. Goerne’s voice is gorgeous across a wide range, as in Der Tod und das Mädchen, where he contrasted the high register of the girl’s agitated plea with the deep voice of Death, although in Der Jüngling und der Tod the corresponding contrast was less marked. Goerne also negotiated high and low registers in Der liebliche Stern, his exaggerated gesticulations here and elsewhere appearing to combine conducting with mirroring the words.

Hanns Eisler’s Ernst Gesänge was completed a month before the end of his life, in 1962, and represents reflections on his life. Eisler was born in Leipzig in 1898, grew up in Vienna, where he studied with Schoenberg, then moved to Berlin, but went into exile when his music was banned by the Nazis, settling in America only to be driven out a decade later owing to his left-wing views. Goerne brought much passion to the settings, and its rather pessimistic tone. His vocal colorations varied widely, sometimes from moment to moment, and the strings ended the cycle on its most optimistic note with a melodic and consonantly harmonized postlude. 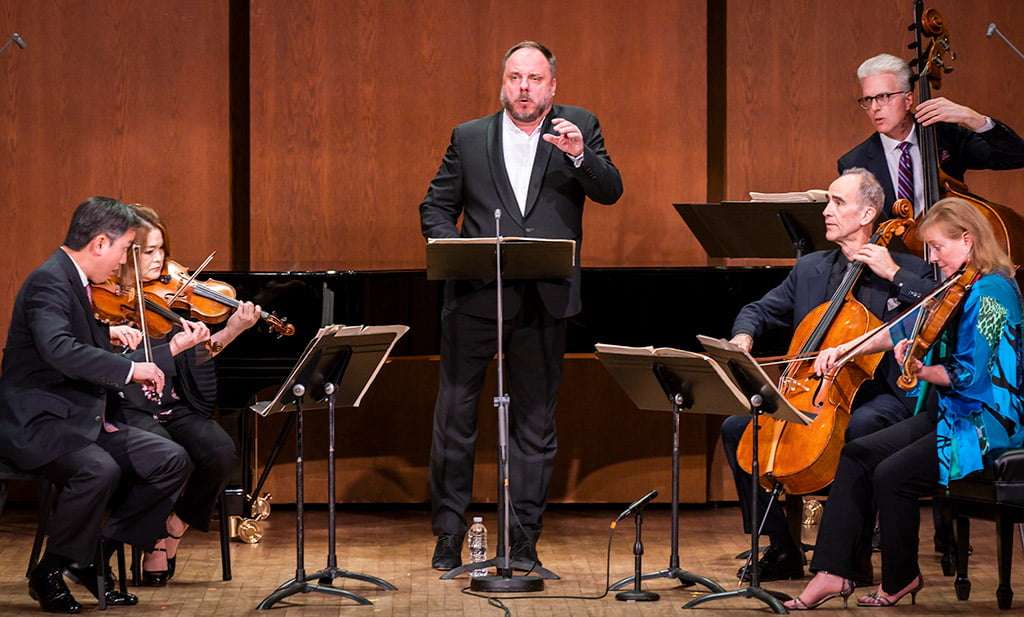 The two songs that concluded the first half were accompanied by Daniil Trifonov and Carter Brey. In Auf dem Strom, there is provision for an obbligato instrument – the Waldhorn – but it’s unclear whether the posthumously printed version for cello was Schubert’s idea or the publisher’s. Its sonority creates a different sense of the river’s rippling movement than that of the horn but Brey’s richly atmospheric playing effectively complemented the singer’s sad farewell. In Schumann’s Die Löwenbraut Goerne was outstanding in his dramatic narrative of a zookeeper’s daughter about to be married who bids farewell to the lion she has cared for, only to be killed by the beast when it becomes enraged by the arrival of her fiancée. However, the added cello part (by Alexander Schmalcz) undermines the starkness of Schumann’s original.

Brahms’s Opus 91 is of two songs he wrote some twenty years apart as gifts to his violinist collaborator Joseph Joachim, for whom a viola part – here superbly rendered by Cynthia Phelps – was added to the piano. Goerne and the instrumentalists approached the settings with a tenderness appropriate to their shared theme of sleep, Friedrich Rückert’s Gestillte Sehnsucht a metaphor for death, and Emanuel Geibel’s Geistliches Wiegenlied a lullaby for the baby Jesus.

Finally an engrossing account of the B-major Piano Trio, as Brahms revised forty-five years later. Trifonov, Huang and Brey exhibited excellent rapport in the glorious principal theme of the Allegro con brio, and their nimble playing of the Scherzo reflected its lighthearted spirit, contrasting nicely with the Trio’s waltz. The Adagio found Brey’s cello singing out especially sweetly, and the spirited Finale was infectious.