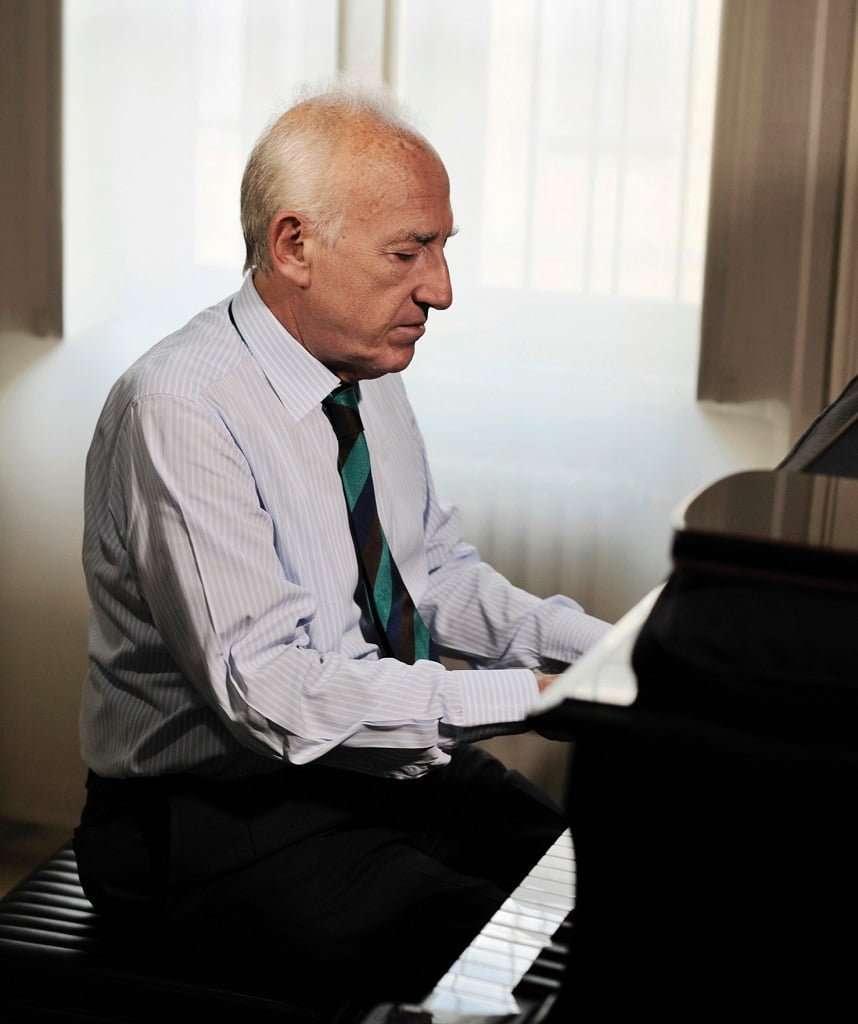 Although Maurizio Pollini is now in his early-seventies, his masterful technique remains undiminished, as do his powerful attack and dynamism. These qualities came through in three Piano Sonatas by Beethoven, and music by Schoenberg, a masterstroke of programming. One senses a connection in temperament between these composers: blazing outbursts that give way unexpectedly to introspective tranquility; but where Beethoven is expansive and developmental, Schoenberg is condensed and segmented.

Pollini opened with the ‘Tempest’ Sonata, not given its nickname by Beethoven, but by his associate Anton Schindler, who claimed when he asked about the work the composer advised that he “read Shakespeare’s Tempest.” Certainly the outer movements and the thoughtful central Adagio capture the dramatic essence of the literary work. Pollini whipped up a pianistic tempest with ecstatic fury and mesmerizing intensity during the Allegro sections of the opening movement, and in the slow one he brought regal command of the majestic principal subject, and was subtly nuanced in softer passages to captivating effect.

Schoenberg’s Three Piano Pieces (1909) is an early example of his efforts to stray from tonality while not completely abandoning it. Each piece is based upon what George Perle calls “intervallic cells”, some from the first Piece appearing in the other two. The violent expression of the final Piece is grating, with extreme mood-swings that have an expressionistic character. It has been suggested that its turbulence was affected by tragic circumstances: after Schoenberg’s wife eloped with painter Richard Gerstl, she decided to return to her husband, resulting in Gerstl’s suicide. Pollini’s reading emphasized the composer’s struggle with his musical heritage more than treating the music as radically divorced from it. Most of all, one sensed a masterful mind trying to come up with an idiom with which to express the spirit in the new age. Pollini opened the Third Piece as if enraged by the frustration that undergirds the threads of the Second, and engaged its distraught turbulence with steamy intensity.

In Six Little Piano Pieces, Schoenberg went further to coordinate the principles that would become his twelve-tone system by abandoning tonal harmony, development, and gushing emotions. It should not be assumed that Schoenberg disliked romantic music as such, but he thought that its day had passed. He composed five of the six aphorisms in a single day (February 19, 1911), the last written a few months later following the death of Gustav Mahler. All are examples of Schoenberg’s art of condensation, and range from delicately flitting and impromptu-like to the assertive and moodily introspective. Pollini captured each of these brief glimpses with intelligent and imaginative artistry.

The second part of the recital began with Beethoven’s F-sharp Sonata, written for Countess Thérèse von Brunswick. It is a charming two-movement work, imbued with a child-like spirit interspersed with forceful chords and vigorous passagework. With a light touch, Pollini emphasized the playful character while executing its rigorous figuration with élan.

Finally came the magnificent ‘Appassionata’ Sonata, one of the glories of Beethoven’s ‘middle’ period. Pollini’s treatment of the outer movements was full of fire, and his reading of the Andante middle movement gave the opening hymn-like chords affecting strength. The unremitting vigor of the Finale was simply stupendous, ending with a coda that was remarkable for its virtually perfect execution and for Pollini having enough energy to play it at such a rapid pace: a wild ride to the finish.

In response to enthusiastic applause, Pollini offered the third and fourth of Beethoven’s Opus 126 Bagatelles, which he played with wit, nuance and verve.