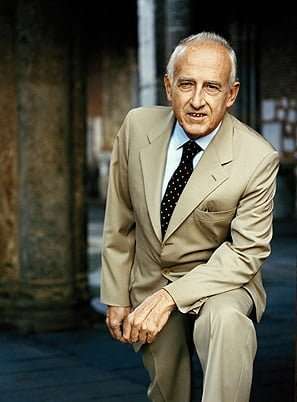 In Maurizio Pollini’s regular visits to Carnegie Hall he has programmed works ranging from J. S. Bach to Stockhausen and Boulez, but most frequently has performed the music of Chopin, sometimes comprising an entire recital or series of recitals, and sometimes paired with another composer, such as Liszt and Debussy, and on this occasion he preceded his Chopin selections with two works by Robert Schumann.

Arabeske served as a curtain-raiser for the longer Schumann work, but the piano’s tone seemed somewhat dull. I suspected that this might be owing to the unusual positioning of the instrument at the very front of the stage – if Victor Borge had ever placed his piano thus, he’d have not only fallen off the bench but off the stage as well! – but I ultimately concluded that it was Pollini’s rather gentle, understated rendering of the opening theme, played with considerable rubato, that eschewed a more singing tonal quality. He was restrained in building up tension in the first variation, returning to the rondo theme at what seemed a slightly faster pace than at the start. The ensuing variation formed the climax before the theme returned for the final time, the achingly slow coda ending on a beautifully resonant chord.

Kreisleriana is a set of eight fantasies inspired by the exploits of E. T. A. Hoffmann’s fictional Kapellmeister Johannes Kreisler, but also by Schumann’s love for his future wife, Clara Wieck. Beginning with the furious opening of the first piece, marked Äußerst bewegt (extremely animated), Pollini maintained the imbalance between left and right hands with which Schumann reflected the eccentric character of the eponymous musician, creating an offbeat atmosphere that pervades the entire work. Kreisleriana’s component sections alternate between major and minor harmonies and fast and slow tempos, but Pollini did not overemphasize the contrast that Schumann’s tempo markings – all but the first and last of which begin with Sehr – seem to suggest. Rather, he brought out contrasts within each piece so as to make it a coherent whole. The second (and longest) piece, for example, began and ended in a gently introspective mood, but in between there were quick-paced passages, some setting the pianist’s hands into contrary motion. And in the last fantasy, marked Schnell und spielend (fast and playful), the delicately-played tripping right-hand figures were interrupted by a broad but fragmented theme in a lower register, but returned to end the work, descending downward and virtually dying away in the final bar.

After intermission it was Chopin all the way, including a half-hour of encores, with Pollini’s virtuosic playing often tending more to the muscular than the emotional. He began with the C sharp minor Prelude, its succession of arpeggios meandering through seemingly never-ending changes of harmonies, eventually interrupted by a brief, accidental-laden cadenza that is even more unsettling harmonically, with arpeggios then returning to steer the piece back to its signature-key in the final bar. Pollini played with a light touch that was well-suited to its mysterious atmosphere.

Pollini brought out internal dialogue in the B flat minor Sonata’s first movement exposition, which he intensified in the repeat and continued throughout the movement. The scherzo began in a rollicking mode, but its lyrical passages dominated, the soft ending preparing the listener for the ‘Funeral March’, which proceeded with due solemnity, neither wringing out all possible pathos in its climactic moments nor projecting very much of a sense of consolation in its lyrical passages. Pollini’s nimble fingers seemed to fly across the keyboard in the enigmatic Presto finale right up to its sudden final strokes.

Two shorter works followed. The Berceuse was every bit the lullaby its title suggests, its grace-noted runs at times suggesting the delicate sonority of a music box. The familiar ‘Heroic’ A flat Polonaise concluded the regular program in stirring fashion, but Pollini was far from finished, offering another four Chopin pieces as encores: the D flat Nocturne (Opus 27/2), Scherzo in C sharp minor (Opus 39), the ‘Revolutionary’ C minor Étude (Opus 10/12), and the G minor Ballade (Opus 23). The enthusiastic audience thinned out somewhat as the extras progressed, one departing person being heard to observe that you can sometimes get too much of a good thing, but most remained and cheered to the very end.