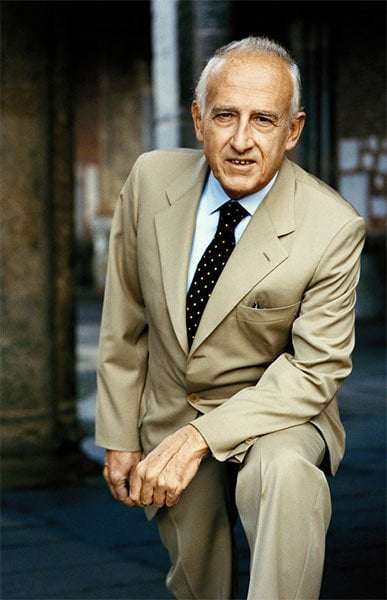 A week and a day later than planned, Maurizio Pollini, now recovered from the flu, was able to give his Royal Festival Hall recital of Schumann and Chopin: a nifty bit of rescheduling.

Yet, courtesy of his trademark Fabbrini Steinway, Pollini opened not with bustling Schumann, but with a tribute to the late Pierre Boulez, whose mighty Piano Sonata No.2 Pollini is an irresistible exponent of. Schoenberg’s Six Little Piano Pieces proved an ideal homage to the much-missed composer-conductor, so much musical potential concentrated into brief playing times. With Pollini making every note significant and expressive, this daring start to the concert made for spellbinding listening.

And then to the advertised fare, commencing with Schumann’s turbulent, craggy and unpredictable B-minor Allegro, Pollini unstinting to its emotionally-troubled demands. In the magnificent C-major Fantasy, Pollini, as ever structure-conscious, ensured integrity for the poetry and impetuses, with no room allowed for false sentiment or exaggeration. Those passages that ravish were made intrinsic to the whole, no more so than in the final movement, with its allusions (surely) to the opening of Beethoven’s ‘Moonlight’ Sonata. Pollini found serenity scored with palpitations that would cue a liberating climax and soft-hue envoi. Less successful was the march-like second movement (Mässig. Durchaus energisch), somewhat on the dogged side, a bit short on the required vitality and with the occasional lack of poise: it’s wickedly tricky to play and, on this occasion, Pollini wasn’t quite its transcendental master.

The Chopin second-half was also of mixed fortunes, if always leaning to the nourishing. Never for a second does one doubt Pollini’s honesty and dedication, his endeavour, and that the music comes first and only. The wonderful Barcarolle rippled with illustration, if a little choppy at times, yet without eschewing fantasy and emotional power. The pair of Nocturnes lacked nothing in shapeliness but could have enjoyed greater elusiveness, and the expansive Polonaise-Fantaisie was somewhat harried; resolute and rigorous, yes, but the dance rhythms needed a little more freedom, a sense of taking flight.

To end, a stunning account of the C-sharp minor Scherzo (the Third of the Four), full of scintillating impulses and with the solemn, right-hand waterfall-adorned Trio stirring the soul en route to a coruscating coda that brought many in the audience to their feet, whooping. Pollini is usually generous with encores, two this time (often it’s more), both by Chopin, saying farewell with another Nocturne (D-flat, Opus 27/2), which was on the bright side, if nicely modulated to a dusky conclusion, and, before it, one of the pianist’s favourite extras, the G-minor Ballade (Opus 23), which, as in past years, was pretty tremendous.