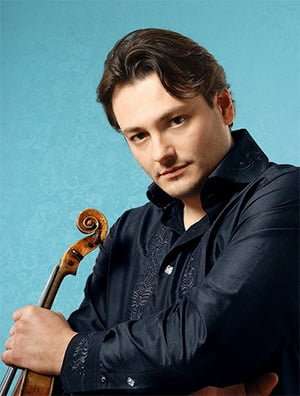 The partnership of Maxim Rysanov and Ashley Wass was a late replacement for Tabea Zimmermann and Igor Levit, indisposed due to illness. Thankfully two of the three pieces in their proposed programme for this BBC Radio 3 Lunchtime Concert at Wigmore Hall were retained, though the rarely heard Album Leaves of Hans Sitt (1850-1922) was replaced by Schubert’s Arpeggione Sonata.

Rysanov and Wass began with the second of three Sonatas for viola da gamba and harpsichord by J. S. Bach, which transcribe naturally for viola and piano provided the two musicians are equals. That was happily the case in this performance, with Wass careful to voice his delivery so that Rysanov’s lower-range contributions could be clearly heard. There was an engaging conversation throughout, Bach’s counterpoint thoughtfully enunciated, while in the Andante Rysanov added more passion, a Romantic flavour tastefully applied and not misplaced. 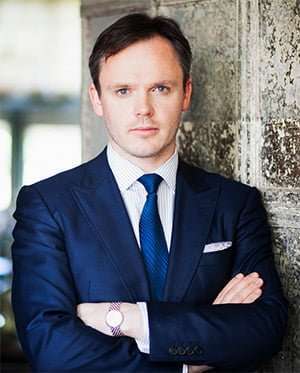 Schubert’s Arpeggione Sonata works particularly well for viola, the closest instrument in range to the six-stringed one, a cello and guitar crossover for which he was writing in 1824. Rysanov and Wass relished the dance episodes of the outer movements, bringing together charm and the energy necessary to drive what is a surprisingly long piece (25 minutes in this performance). There was a slightly mournful, Slavic air at the outset of the first movement, both players lost in thought, and this mood resurfaced in the Adagio, where Rysanov’s quiet playing was particularly fine.

Paul Hindemith died on 28 December 1963, and although the 50th-anniversary of his death has been reasonably well observed in new recordings, concert performances remain scarce, regrettably. This particular Viola Sonata, the first of three examples with piano accompaniment (there are four solo Sonatas also) was written when the composer was 24, helping seal a publishing deal with Schott that was to last for the rest of Hindemith’s life. It is a turbulent piece borne of late-nineteenth-century Franck, Debussy and Brahms, and demonstrates Hindemith’s early mastery of his own instrument.

Two principal thematic elements compete against each other – a folksy dance and a more nostalgic but sweeping melody. Both are subjected to imaginative treatment. As the harmonies twisted and turned in Hindemith’s inimitable style Rysanov and Wass became progressively more agitated and fiercely lyrical, driving the faster music with impressive power but finding a gentle melancholy in quieter asides. For a composer often considered lacking in such emotion this was stirring stuff, brilliantly played, and by the emphatic final statements no-one could doubt this as music by an extremely accomplished mind.