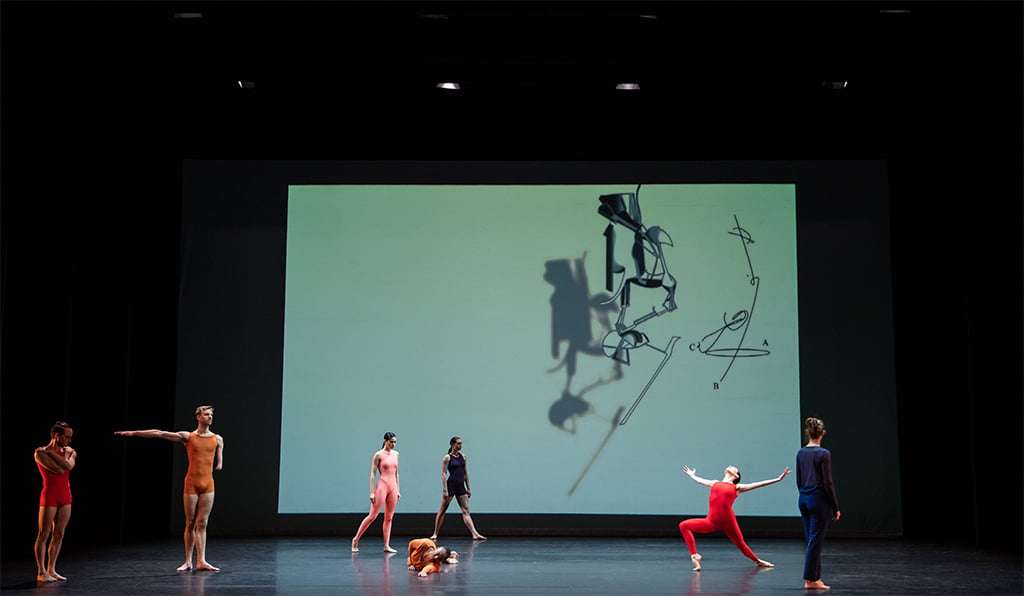 This was an intense, challenging and exhilarating evening. To mark the one-hundredth anniversary of the birth of the great dance philosopher-iconoclast-choreographer (he died in 2009), the Merce Cunningham Trust hit upon the brilliant idea of constructing a ‘happening’ (to use Cunningham’s own terminology) comprising one hundred solos from his vast repertoire which would take place on three stages well-known to the late dance-maker: the Center for the Art of Performance at UCLA in Los Angeles, the Brooklyn Academy of Music in New York, and London’s Barbican Theatre. In London, having rehearsed in true Cunningham fashion to silence, twenty-five dancers of different ages and dance trainings performed their often overlapping solos to live music and before a digital artwork neither of which they had heard or seen before – any coincidences were, therefore, purely accidental, true to the artistic credo of Cunningham and his long-term musical collaborator and life partner John Cage.

For the uninitiated and, indeed, for those familiar with Cunningham’s output, these 100 minutes of dance constituted a crash-course, a run-through of snippets from works as early as 1953 (Dime a Dance) and as late as 2009 (Nearly Ninety). What struck was, with a couple of exceptions, the remarkable homogeneity of the choreographic style and language – there were the Cunningham tropes of exploring the extremes of balance and counter-balance, of bursts of movement which suddenly stop with the dancer frozen into a pose out if which (s)he then slowly moves and shifts. Legs and arms are often held straight out from the body, hands flattened into two dimensions, and, indeed, one sees repeatedly Cunningham’s investigation of the planes of the body, cutting it into segments and moving each separately. There is great deal of bending and tilting, extravagant moments in what is generally a spartan, pared-back aesthetic.

What gave this evening much of its spice, given this was such a large portion of concentrated Cunningham, was the inspired decision to employ a wide variety of dancers in terms of age, body shape and dance training. All dressed in single-coloured costumes, from cut-off pants and singlets, through tights and tops, to looser over-trousers and tops, this multiplicity of artists was the medium through which the audience was shown Cunningham, each dancer bringing his or her distinct physicality to the movement. Thus, the serene, measured quality of distinguished choreographer Siobhan Davies was set against the explosive muscularity of Thomasin Gülheç, the balletic purity of The Royal Ballet’s Francesca Hayward and Joseph Sissens alongside the earthy quality of Asha Thomas, the theatrical masculinity of Balletboyz’s Michael Nunn and Billy Trevitt countered by the almost androgynous presence of Mbulelo Ndabeni. 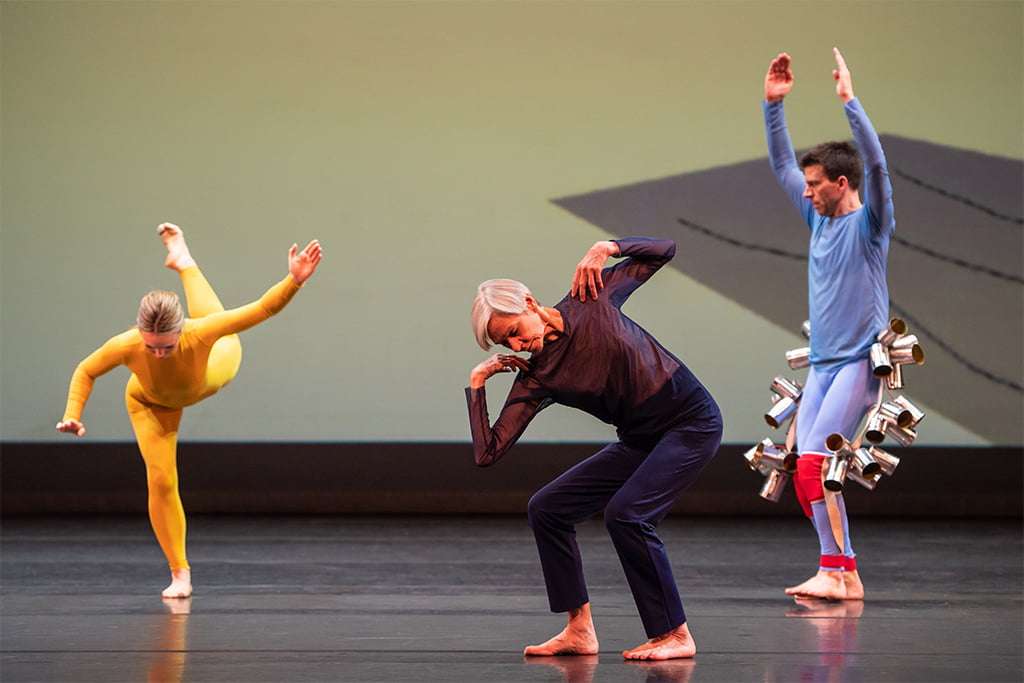 The small ensemble of five musicians delivered the multiplicity of sounds one always came to expect at a Cunningham performance, still startling in the unforgiving modernity of its beats and scrapes, squeaks and clicks, from a combination of instruments, turntable and ‘objects’ while the backdrop featured projection of the late Richard Hamilton’s Shadows cast by readymades.

At 100 minutes this was a true distillation of Cunningham with no respite from the hushed intensity that the choreography demands. These were also 100 solos, but the danger of the evening being a sterile presentation was largely avoided by their clever over-lapping, visual interest thus stimulated by the juxtaposition of bodies in movement; without varying the dancing forces on the stage at any one time, the blank, expressionless faces and the spare style could, and did at moments, tire the eye. There were indeed moments when it all felt a little too worthy, a tad over-cerebral, but this event’s ‘stager’ Daniel Squire and his numerous assistants, were judicious in their choices, so the atmosphere was quickly changed and, indeed, lightened by some more quirky moments – Jonathan Goddard in a sort of soft shoe shuffle, Billy Treviit festooned with tin cans, Harry Alexander taking off and putting on clothing while jogging on the spot and Asha Gracia scrabbling about inside a plastic bag.

This was a significant event not least in that it showed that Cunningham’s great legacy (his influence is still to be seen in much contemporary choreography) is being actively preserved and promoted. That it featured a panoply of great dancers wishing to participate and that it was so expertly constructed show that Cunningham lives on some ten years after his death.