The Choir of the English Concert 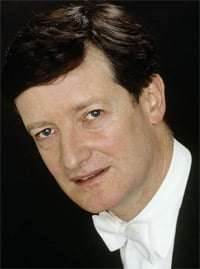 You don’t need to impose a contrived staging to bring out the inherent theatricality in Handel’s “Messiah”, as this magnificent Barbican performance proved. Drama, passion, spirituality and sheer joy leapt from the score, masterfully conjured by Harry Bicket and company in as vivid and as moving a “Messiah” as one could ever hope to experience.

The superb soloists were more than able participants in Bicket’s cause, each delivering engaging performances that held the audience’s collective gaze and spoke with all-embracing directness. Handel’s opera-house pedigree has seldom been more in evidence in the concert hall. Fruity-voiced Patricia Bardon’s ‘He was despised’ eloquently pulled at the heartstrings (it was a shame that she was denied the aria’s central section and da capo reprise); her barnstorming ‘But who may abide’ was capped off with an appropriate sweep, dress-tails billowing dramatically, to the fiery strings’ brilliant play-out.

Lucy Crowe, currently demonstrating her acting (not to mention vocal) prowess as Strauss’s Sophie at the Royal Opera House’s “Der Rosenkavalier”, was endearingly wide-eyed in her telling of the angel’s message to the bewildered shepherds, and bubbled over with irrepressible joy in ‘Rejoice greatly’ – dazzlingly assured even at Bicket’s brisk tempo. Supremely calm and poised in his opening ‘Comfort ye’ (mercifully devoid of harpsichord, which too often ruins Handel’s gently pulsing rhythm with jarring spread chords), Allan Clayton made all cower before him in his powerfully angry ‘Thou shalt break them’. The operatic furioso of ‘Why do the nations’ was toweringly conveyed by James Rutherford’s vast, velvety voice and the electrifying string-playing.

Unlike Harry Christophers’s account with The Sixteen in the same venue last year, this performance was perfectly scaled for the Barbican hall. The Choir of the English Concert (34 singers) offered big-boned but agile singing, with excellent diction – and refreshingly free of the affectation and insipidity that often characterise choirs moulded in the English chapel tradition. Occasionally, such as the brash emphasis on the final repetition of “the mouth of the Lord” in the wonderfully buoyant initial chorus, Bicket over-egged the dynamism. But generally the choir’s spirited contribution was outstanding, its breathtaking agility ensuring there was no danger of things going off the rails even in the fastest of fugues.

The English Concert (on period instruments) excelled, with detailed, impeccable phrasing and captivating vibrancy. Bicket, directing from the harpsichord, displayed an instinctive flair for Handel; his often brisk (though never extreme) tempos, sensitivity, and keen sense for dramatic pacing ensured that the performance flowed seamlessly. Ever alert to the sense of occasion, the big moments were suitably grand: the ‘Hallelujah’ chorus was punchy, driven by thunderous timpani and blazing trumpets; the final ‘Amen’, taken at a stately speed, had immense nobility and a rare ethereal quality. Few performances of “Messiah” can so successfully have made the jubilance at the core of Handel’s greatest work a tangible essence.