Although Mussorgsky lived for fourteen years after completing his orchestral tone poem St John’s Night on Bald Mountain (his preferred title), the first version, from 1867, was never performed in his lifetime. The Ukrainian conductor Nikolai Malko led the premiere performance in London in 1932, but until 1968 (when the original was edited and finally published), the work was most often performed in Rimsky-Korsakov’s arrangement of 1886, a nearly complete overhaul of Mussorgsky’s ideas, which musicologist Gerald Abraham described as “virtually a new orchestral piece.” 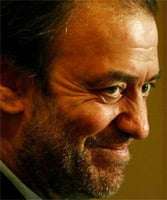 Valery Gergiev needed no time to warm up for this performance of Mussorgsky’s inspired musical picture, based on a Witches’ Sabbath scene from his Russian army comrade Georgy Mengden’s play “The Witch”. After a quick bow to the audience, Gergiev stepped onto the podium and immediately launched the orchestra into an exciting account that show-pieced the superb talents of the Met players. Together with Gergiev, they delivered a dramatically biting performance in which Mussorgsky’s richly imaginative scoring held the ear from beginning to end. 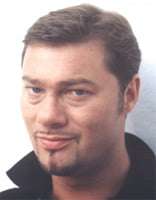 Then the formidable bass René Pape joined the orchestra to sing a commanding and sonorous account of Mussorgsky’s “Songs and Dances of Death”. The four songs – ‘Lullaby’, ‘Serenade’, ‘Trepak’ and ‘The Field Marshall’ – were originally scored for voice and piano to poems written for Mussorgsky by his friend Count Arseny Golenischev-Kutuzov, and they make up one of the most gripping cycles in nineteenth-century song. Individually and as a group, the settings have been orchestrated by a number of different composers, including Rimsky-Korsakov, Shostakovich, and Kalevi Aho. This concert offered an opportunity to hear a splendidly performed reading of Edison Denisov’s 1983 transcription. Pape drew us seductively into the macabre world of the four narratives, where Death visits in turn the mother of a dying child, an ailing maiden in a southern European land, a drunken peasant, and soldiers on a battlefield. Changing his tone to suit the various settings, Pape injected meaning into every word, and in splendid voice throughout, his velvety sound firmly focused and steady.

After intermission, Pape returned to sing an exceptionally lyrical account of ‘I have achieved supreme power’, Boris Godunov’s great dramatic monologue from Act Two of the original 1869 version of the opera. Helped by Gergiev’s inspired conducting, Pape presented a dramatically powerful portrait of the self-tortured tsar as he soliloquizes upon Russia’s travails and his failure to win the favor of his people.

The concert concluded with a high voltage, vividly characterized reading of Pictures at an Exhibition in Ravel’s brilliant 1922 orchestration. ‘The Old Castle’ was touchingly melancholy, The Market at Limoges’ brimming with life, and ‘The Hut on Fowls’ Legs’ powerfully rhythmic. The superb playing by the Met brass provided many memorable moments, especially in the opening Promenade’, the ‘Catacombs’ sequence and the riveting final climax of ‘Great Gate of Kiev’. The highly impassioned performance prompted wild applause and cries for an encore. But such a generous and superbly executed program needed no supplement.