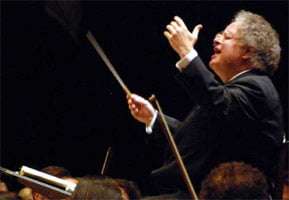 There’s no question that Stephanie Blythe has the vocal chops to sing Elgar’s “Sea Pictures”. Her tone is warm and strong – almost sinewy, really – and pleasingly rounded, too. Yet, despite sensitive and subtly-shaded support from James Levine and the Met Orchestra, the mezzo-soprano’s performance was frustratingly inconsistent.

Blythe was most impressive in the overtly dramatic songs. She imbued the final stanza of ‘Sabbath Morning at Sea’ with a fervent, heart-swelling grandeur and brought a thrilling feeling of narrative thrust to ‘The Swimmer’. In both ‘Sea Slumber Song’ and ‘In Haven’, however, Blythe never sang softer than forte, robbing the music of any sense of intimacy whatsoever. ‘Where Corals Lie’ fared somewhat better. Again, Blythe sang too loudly, though here her unaffected phrasing (and Levine’s sleek tempo) gave the song a charming, folk-like character.

James Levine’s interpretation of Mahler’s Fifth Symphony flowed in with similar ease and inexorability. The conductor’s tempos tended to be brisk in fast sections and on the leisurely side in slower passages – the famous Adagietto was so languid as to seem almost static, for instance. The main exception was the opening funeral march, which was always on the move (though never rushed).

The second movement (marked Stürmisch bewegt, mit grösster Vehemenz) thrashed violently about, like a wounded beast, as Levine negotiated its schizoid mood changes with admirable subtlety and finesse. The central scherzo had tremendous energy in its outer parts, as did the Rondo-Finale, which was so joyful it seemed to rush by in an exultant, riotous blaze.

The MET Orchestra played brilliantly, for the most part. There were a few brief patches of rough ensemble in the opening minutes of the scherzo, and one couldn’t help but notice in the Adagietto that the string sound, though attractive, lacks plushness. But this is, without a doubt, a great orchestra. The balance of strings, winds and brass is close to ideal; the first-desk players are uniformly excellent (both in terms of sheer virtuosity and in their musical characterizations); and, best of all, the musicians play with conviction and tremendous joie de vivre.