Just when we thought cabaret in London had finally gone again, along comes a whole slew of productions just to prove us wrong. At Jermyn Street Theatre “The American Songbook in London” season gets underway again from 12 February for five weeks with Julie Wilson, Maude Maggart, Karen Akers, Steve Ross and Jeff Harnar. Before that there’s a show about Ethel Merman from 5 February and one on Jack Buchanan this weekend. Also this weekend sees the final performances of Thelma Ruby’s one-woman show, “That’s Entertainment”, at the New End Theatre in Hampstead. The sister theatre to New End, the Shaw at the Novotel in Euston Road, has just begun a new season under the aegis of Michael Feinstein’s New York supper club, “Feinsteins at the Regency on Park Avenue”. In London it will be called Feinsteins at the Shaw where the first line-up includes Chita Rivera (8-10 Feb), Ute Lemper (14 & 15 Feb), Elkie Brooks (1 March), Barb Jungr (8 Mar), and Barbara Dickson (19 & 20 April). Opening the season with a splash is Mr Feinstein himself until this Friday, 11 January.

Michael Feinstein first came to London about twenty-something years ago when he appeared at The Ritz hotel in those dear dead days of high-profile cabaret. The Ritz cabaret nights had been started by Steve Ross (who will be appearing at Jermyn Street from 4 March). After they ran their course, The Green Room was invented for the Café Royal where Michael Feinstein, Eartha Kitt, Barbara Cook, Blossom Dearie, Anthony Newley, Tony Martin, Barbara Dickson, and Cleo Laine and John Dankworth, appeared. When that ran out of steam we were left with just Pizza on the Park and eventually only the Jermyn Street Theatre. The last still includes cabaret in its programming but, of late, the only one that does, as Pizza on the Park changed its Music Room policy completely, allowing no room for cabaret artists.

Other cabaret ventures include Lauderdale House in Highgate, the Pigalle in Piccadilly, the Soho Revue Bar and Volupté in Holborn, but these provide only occasional cabaret seasons. Feinsteins at the Shaw is a major development for the cabaret scene in London. 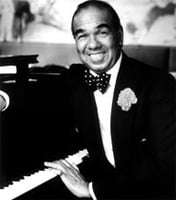 Michael Feinstein is an old hand at the game, although not quite as old as the late Bobby Short whose mantle of the doyen of cabaret artists has now fallen on Steve Ross’s shoulders. Feinstein is, however, next in line. But, since he started promoting the material now commonly known as “The Great American Songbook” (or, as Feinstein says, ‘the Rod Stewart Songbook’), others have come along to challenge his position. Michael Bublé and Peter Cincotti are new kids on the block and, as such, are appealing to the young record buyers, while at the Shaw Theatre it is mainly an older, Jewish or gay audience. 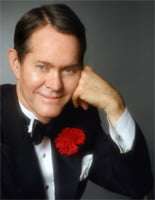 Feinstein’s background has long-included working in piano bars and, like Steve Ross, he is at his best when he is solo. He has, however, surrounded himself with some very fine musicians for his Shaw season, under the direction of John Oddo, long-time music director for the late Rosemary Clooney with whom Feinstein performed many concert tours. He pays tribute to his former friend and colleague by singing a lover’s ‘revenge’ medley that she gave to Feinstein, comprising ‘I cried for you’ and ‘Goody goody’.

He begins and ends his evening with another tribute to the songs of Irving Berlin in ‘I love a piano’ and ‘Alexander’s ragtime band’. However, he insists on overproducing the material and turning perfectly nice little songs into big production numbers, stretching out the lyrics almost to bursting point. The Barbara Cook and Ethel Merman versions of these songs are definitive. Elsewhere in his act, Feinstein apologises for not having sung enough Cole Porter and gives us splendid versions of ‘Can-can’, ‘All of you’, ‘C’est magnifique’ and ‘Begin the beguine’.

For many years Feinstein was the amanuensis to Ira Gershwin for whom he catalogued his lyrics. Ira’s brother, composer George, died at age 38 while Ira lived well into his 90s. Although there is a great wealth of material from the Gershwins (apparently George wrote six songs a day just to get the bad ones out of the way), who knows what might have come from George’s pen, had Ira been the one to die prematurely. Feinstein asks the audience for Gershwin requests and essays good versions of ‘Lady, be good!’, ‘Someone to watch over me’, ‘They all laughed’ and ‘I got rhythm’. Sondheim and Jerry Herman also get a look-in with all too urgent, teeth-gritting versions of ‘Losing my mind’ from “Follies” and ‘Being alive’ from “Company”, but he calms down for the gentle love-song of ‘I won’t send roses’ from Herman’s “Mack and Mabel”. For an encore he does ‘Somewhere’ from Bernstein’s “West Side story” and gets a standing ovation.

Carping aside, it’s great to have cabaret as good as this back in London.