Tippett
Piano Concerto
A Child of Our Time 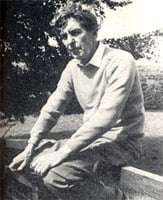 Michael Tippett’s Piano Concerto has never entered the mainstream repertoire. The composer’s own remarks on the work are wonderfully oldie-worldly, when he talks about “streaming lines of sound” and “piano arabesques surround very slow wind canons with a kind of musical rhetoric”. Tippett decided to write the work after hearing Gieseking rehearse Beethoven’s Fourth Piano Concerto. He wanted to write a piece in which the piano “might sing again”. It was premiered by Louis Kentner and the City of Birmingham Symphony Orchestra under Rudolf Schwarz in October 1956 and since then has remained, for the most part, the preserve of British artists. That Lang Lang has taken the work up can only increase its exposure. This pianist has apparently inspired 60,000 children to take up the piano and may be entering a new phase of interpretative development. Certainly on the occasions I have heard Lang Lang live, his art has been somewhat variable and rarely profound.

The second movement is loosely based on Beethoven’s Fourth Concerto, but Tippett reverses the roles of piano and orchestra, the piano offering agitated responses to the orchestra’s melodic outpouring. Once again Lang Lang used a huge range of tonal and dynamic shading and brought a true sense of rapt peace to the final bars. As in the Beethoven the last movement is a rondo. Colin Davis launched it in a relatively relaxed yet bouncy style, which the pianist didn’t quite follow with a marginally faster tempo. Thereafter they were in complete agreement and the soloist’s virtuoso playing was ferociously rhythmic, with the Bartókian and jazz elements well to the fore. Lang Lang was fortunate to have the world’s finest Tippett conductor on the podium and the LSO’s playing combined sweeping romanticism with subtlety. By some distance this was the best performance I have heard of the work.

Tippett’s “A Child of Our Time” was the composer’s response to the social and economic devastation of the Depression and the rise of Fascism. He wrote the words and it is a profoundly moving work, even in an average performance. This was far from that. Davis’s command of the work has been total since his groundbreaking recording and at the end there was total silence and a sense of uneasy introspection in the Hall.

Not everything was perfect. None of the soloists were ideal. The tenor Steve Davislim – who portrays the Child – was sweet-toned but lacked power and projection and some of his words were blurred. Mihoko Fujimura was better, but seemed to lose expressive focus as the work progressed and her words were often inaudible. Indra Thomas had the same problem to a lesser degree and while she soared up to two exquisite ppp high As, more power would have added to the emotional impact. There were no problems with Matthew Best’s diction; it was immaculate, but greater emotional involvement and word-painting would have been beneficial. Nor was the chorus consummate; once again diction was slurred, although much of this was down to the dreadful acoustic, and in high-lying exposed passages the sopranos in particular were ragged.

Colin Davis though swept through the piece with huge conviction. The massive choral outbursts were electrifying, and the slow interludes never lost focus or direction. All of the multi-faceted rhythms were marvellously projected and the final prayer left the listener with a sense of profound unease. A great work – and a magnificent performance.