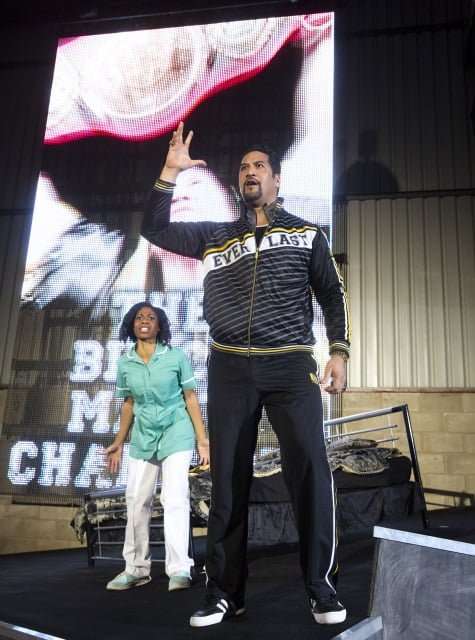 Performances of Michael Tippett’s The Ice Break (first seen at Covent Garden in 1977, conducted by Colin Davis) are rare enough. Birmingham Opera Company is to be congratulated for redressing this and for realising that the piece has great relevance in our troubled times. Graham Vick’s thrilling, edgy and challenging production makes this point clearly and impressively, making use of industrial space decked out with advertising billboards and airport signage surrounding three separate stages around which the audience can promenade as the action takes place. The locally recruited singing and acting chorus populated the spectators, taking on many roles – airplane crew, passengers, security and police patrols as well as “everyday” members of the public. The stages kept the various settings distinct by minimal use of stage furniture.

Tippett was famously pacifist, and his characteristically quirky libretto is ostensibly concerned with themes of racial culture-clash and nature versus nurture. Misunderstanding and grandstanding can all too easily lead to stigmatisation and mindless violence. The text makes much reference to “black” and “white”. Vick’s staging, particularly at the close, shows that the themes relate just as easily to other fundamental racial, gender, religious and political divides and does so uncompromisingly. So we had representations of press-worthy discords of today such as the Arab-Israeli split, extreme religious wars, gay marriages and the poverty divide between rich and poor. 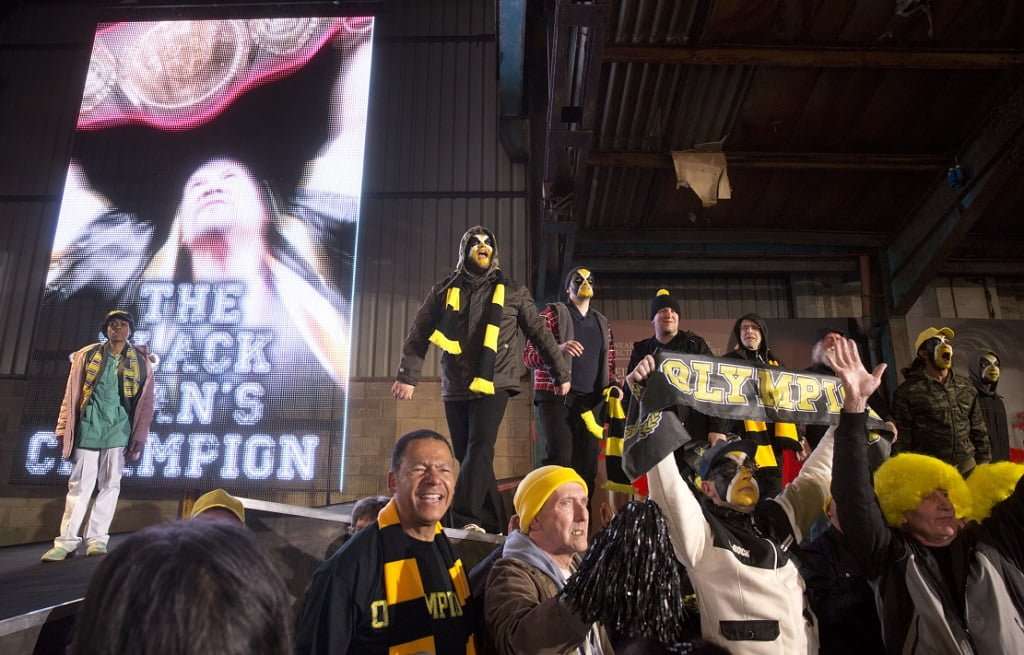 The cast was uniformly committed and excellent. Nadine Benjamin’s warm and penetrating soprano allied to a very sympathetic stage persona made her an excellent Nadia, a character ill-at-ease with the views of her activist son and his friends, and with the disagreements this has engendered with her pacifist husband Lev who has recently been released from political imprisonment. Her extended death-scene was a wonderfully sincere performance. Andrew Slater’s Lev was also a subtle interpretation, hinting at the psychologically damaging effects of standing up for one’s beliefs.

Ross Ramgobin was excellent as the idealist, angry son. He managed to make the final (?) reconciliation and mature understanding of his past actions both moving and convincing. Stephanie Corley was a feisty Gayle and Ta’u Pupu’a was a macho hulk of an Olympion. The Hannah of Chrystal E. Williams was a nicely understated portrayal. Embroiled uncomfortably in the cult of Olympion her transformation to caring and compassionate nurse was deftly handled. Her solo scene, sung in rich velvety and doleful tones, was a highlight. Anna Harvey and Meili Li blended well as the “celestial” messenger Astron, even if this is the least dramatically convincing episode of the work, with Tippett very much in 1970s-hippy mode.

All the singers were amplified, understandable in the area – their voices nevertheless sounded natural and diction was uniformly excellent. The sheer commitment and physicality of the chorus were impressive, as was their vocalisation of some challenging music. The City of Birmingham Symphony Orchestra provided wonderful support under Andrew Gourlay. Tippett’s inventive orchestration shone afresh, and some of the interludes stopped the promenade traffic and brought the players’ contributions into strong relief. The evening whizzed by in 100 minutes.

All in all a vividly theatrical and exhilarating experience – and highly recommended. This staging deserves a tour – it could even be adapted well for a Royal Albert Hall Prom – now that would be an prospect!