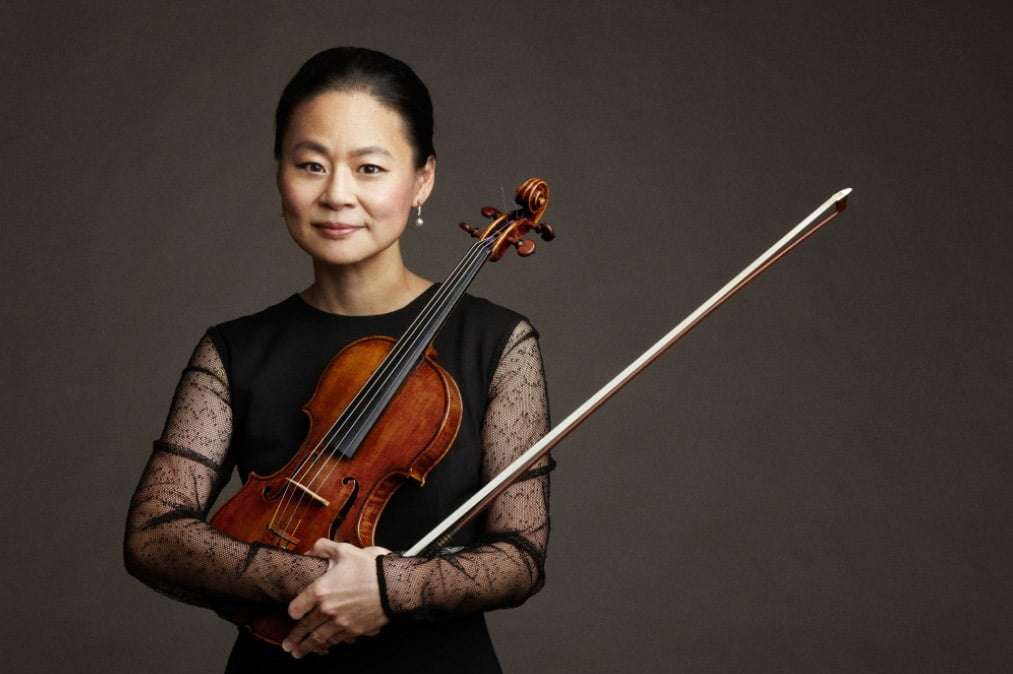 Occupying the high terraces of Elysium, this was one of those Beethoven nights you dream about. Midori – back in the eighties child extraordinaire of the Zubin Mehta / Leonard Bernstein days – is a sublime poet. She makes the most special dolce sound, seemingly small yet aristocratically riding the ensemble. Her violin – the 1734 Guarneri del Gesù ‘ex-Huberman’ – is a complete extension of her slight frame. Her every note and scale, stretched phrases and cadences, call and response, breathe with intensity. An imperious bowing arm, a beatific smile through eyes barely open, the furrowed brow, a long sigh from within trembling her dress – every emotion and heartbeat is there for the witnessing and hearing. Her upbows surge forwards, her whole body swaying into attack yet never once at the expense of the most exquisitely unforced tone, musicality at a premium. Queen of the pianissimo echo.

Her Beethoven Concerto was neither classic nor modern, simply an ethereal experience transcending place and time. The slow movement, barely whispered, infinitely fluid, was remarkable, an endless journey of surprises, new facets seemingly around every corner, physically draining in its concentration, spiritually elevated in its panorama. There were unexpected orchestral touches, too: the slight trumpet edge; the kettledrums; the cellos in the rondo. The early Romances were precisely that – romances not adagios, Midori showing the way with the a cappella start of the First, the pulse at ease with itself. Everywhere, consuming the room, Christian Schubart’s 1785 sense of G major as the key of “things rural, idyllic and pastoral; all calm and peaceful passions; the deepest gratitude for sincere friendships and true love”. Mellifluous lines, fading farewells articulated to the nth degree of decay and speech, cantabile voice and violin at one, alchemised these one-offs into delicately fragrant pages. Portraits without dedication, verdant yet smoky. Beethoven the arch lyricist.

Festival Strings Lucerne was founded in the fifties by Wolfgang Schneiderhan and Rudolf Baumgartner. Since 2012 Daniel Dodds has been artistic director. Leading from the front, Baumgartner’s 1717 Stradivarius ‘ex Hämmerle’ loaned to the position, taking care to tune each section individually, he has one of the world’s legendary chamber orchestras at his disposal. Not a big group – on this occasion an 8+6+4+4+2 core, violins left, cellos right, violas centre – but a cultured one that makes a distinctive sound, grittier and more dug into than met in larger, more homogenised bands. 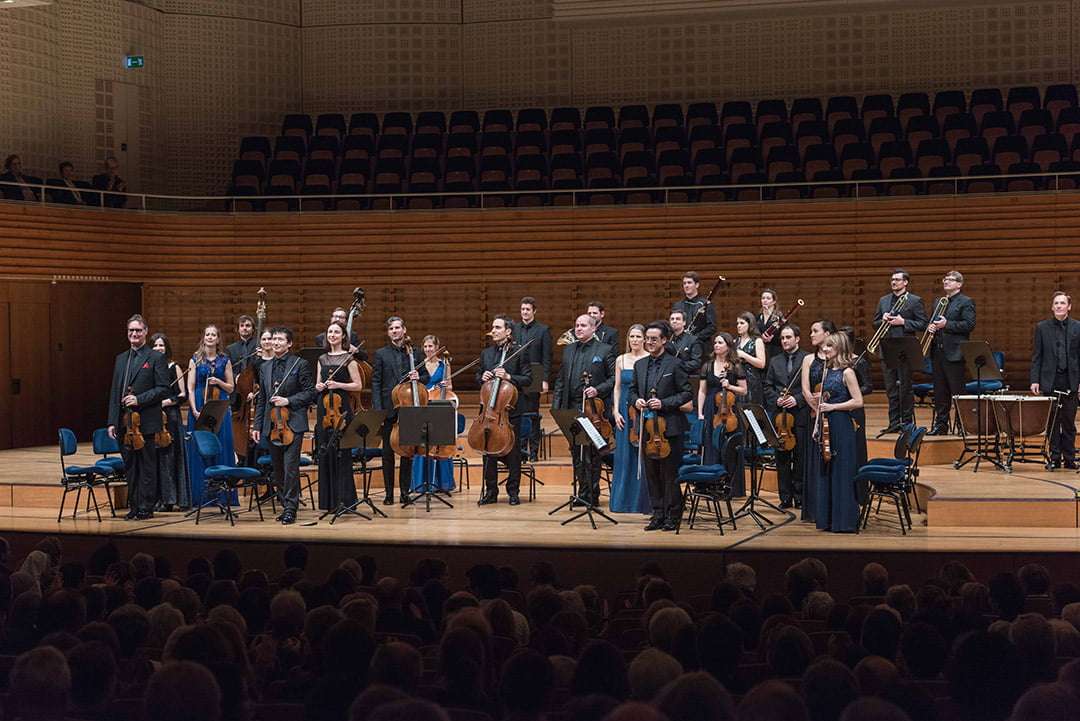 Their lean, muscled view of Beethoven’s Fourth Symphony emphasised dynamism and drive, Dodds erring towards a progressively hell-for-leather approach, the finale’s minim=80 taken at face value if not exceeded. Impressively, tempo and beat remained rock steady, no one getting carried away, making for tensioned, involving repeats. Decades ago, in 1982, I recall the young Christoph Eschenbach tackling this opus at the Proms. A traversal that impressed as much for the acidity of its (cyclic) diminished-ninth signature, as for his handling of the Adagio, reminiscent of Willem Mengelberg in 1940, bringing out trumpets and drums (bars 17ff) to conjure menacingly war-like associations (Napoleonic or otherwise). It was an approach radically removed from the velvet plush of Klemperer or Karajan dominating most reference tables then.

The Lucerne players struck a half-way house, natural trumpets asserting a presence if from afar. Alexander Schröder the timpanist, though – demonstrating that drums for Beethoven aspired beyond merely tutti and punctuation – favoured the battlefield scenario, all nuances possible. Järvi in his Deutsche Kammerphilharmonie Bremen reading opens a Pandora’s box of terrifying spectres in the finale. The ‘musket shots’ of Laurence Equilbey’s Paris Beethoven similarly. But the hard-sticked death rattles unearthed by Schröder in the retransition of the first movement and at the end of the second, struck a chilling new intonation, disembodied and broken. A “Grecian maiden” imagined Schumann of the Fourth. This performance might have tempted him to add Agamemnon and Menelaus to the equation.

With the current coronavirus outbreak scrapping an earlier run in Lucerne as well as a forthcoming Far East tour, one-off concerts of such calibre are rare … notwithstanding Saffron Hall’s state-of-the-art facility, small Essex market towns Stansted way don’t usually get them. For encore, the “Grand Mogul” in exultantly intoxicated mood, the overture to Prometheus – Prometheus the Titan who stole fire from the gods to give to man. Precision attack on a tight rein.