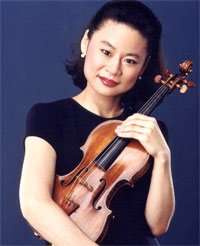 This was the first of a series of eight events including a further recital, concerts with the London Symphony Orchestra, a masterclass and an “artist conversation” (which will be streamed live over the Internet) featuring Midori. The whole sequence – lasting until May – is described, in rather clipped fashion, as “Artist Portrait: Midori”. Whatever the marketing peg, one thing is for sure: with her small, perfectly focussed tone, the beautifully refurbished LSO St Luke’s, which combines intimacy and a fine acoustic, is an ideally sympathetic location in which to hear Midori give a recital.

This was an interestingly constructed and eclectic programme, Dvořák and Beethoven sandwiching Schnittke and Shostakovich and – judged purely as content – it worked well even though not all the performances were of equal musical interest. Dvořák’s set of Four Romantic Pieces (a Sonata by C. P. E. Bach was originally advertised to begin Midori’s concert) date from 1887, the year of the better-known Terzetto for two violins and a viola. Four Romantic Pieces was conceived as a series of bagatelles for the same unusual combination and intended for amateurs players, but proved too difficult so Dvořák recast into the present form. In Midori’s sophisticated hands these unpretentious miniatures proved wholly delightful – so much art applied to ostensibly simple music but Midori knows how to withdraw and leaving an audience rapt; from the poised opening of the final Larghetto she fined down her tone still further to find rare inwardness and stillness. 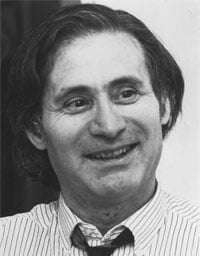 Alfred Schnittke’s First Sonata dates from 1963 just after the short-lived cultural thaw of the Kruschev era when the composer had seized the opportunity of studying works by the European avant-garde (including Ligeti, Nono and Stockhausen). It was written for his friend Mark Lubotsky (who recorded Britten’s Violin Concerto with the composer conducting) and cocks something of a snook at the Soviet cultural establishment, opening with a 12-note theme stated on the violin (serialism was, of course, off-limits to the authorities) and ending with a jazz-influenced finale. In between comes a spiky Allegretto from the same stable as Shostakovich and a passacaglia Largo, music of intense stillness, ending Messiaen-like at the violin’s stratospheric utmost reach. Midori’s precision served this music well – the post-Shostakovich Allegretto was despatched with diamond clarity and perfectly placed accents whilst, with exceptional control of her bow-arm, she was able to negotiate the tightrope of the violin’s ever-ascending fade-out at the Largo’s close. Charles Abramovic gave a confident account of the brutalistic piano cadenza and elsewhere proved an adept partner.

By contrast, the recital’s second half – which should have been the evening’s high point – was less than engaging. The selection of five Shostakovich Preludes – arranged from the composer’s piano-originals by Dmitri Tsyganov, leader of the Beethoven Quartet (a group closely associated, detracts from the pianistic originals; nevertheless they were confidently despatched. 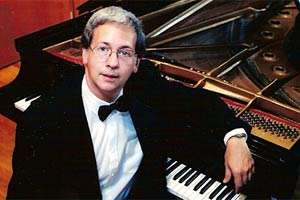 In Beethoven’s ‘Kreutzer’ Sonata one felt acutely the lack of a stronger personality at the piano; Abramovic is clearly an excellent accompanist but somehow Beethoven’s grandest Sonata for Piano and Violin calls for more – for example, when Heifetz initially recorded the work with Moiseiwitsch he didn’t like the result because he felt the piano was too much in evidence but nonetheless the 1951 published recording – still with Moiseiwitsch – is a whole lot more interesting than the one Heifetz made with Brooks Smith a decade later, the point being that the piano part cries out for equal partnership with the violin.

Midori and Abramovic gave us fast and furious in the first movement (exposition repeat included) but without any real weight to the violin sound; the effect was lacking in grandeur whilst the Theme that opens the second movement, which should lilt naturally, was treated to the most mannered phrasing. The first two Variations were rushed. However things improved considerably later in the movement, the duo finding a repose and ease which had previously eluded them, and also in the scampering finale which nonetheless lacked bounce and jollity. Overall it was a curiously weightless performance in which a striving for control constantly took precedence over spontaneity. Much more fun was Kreisler’s Syncopations – also well-known from a ballet of the same name – the bonne bouche with which the evening concluded.