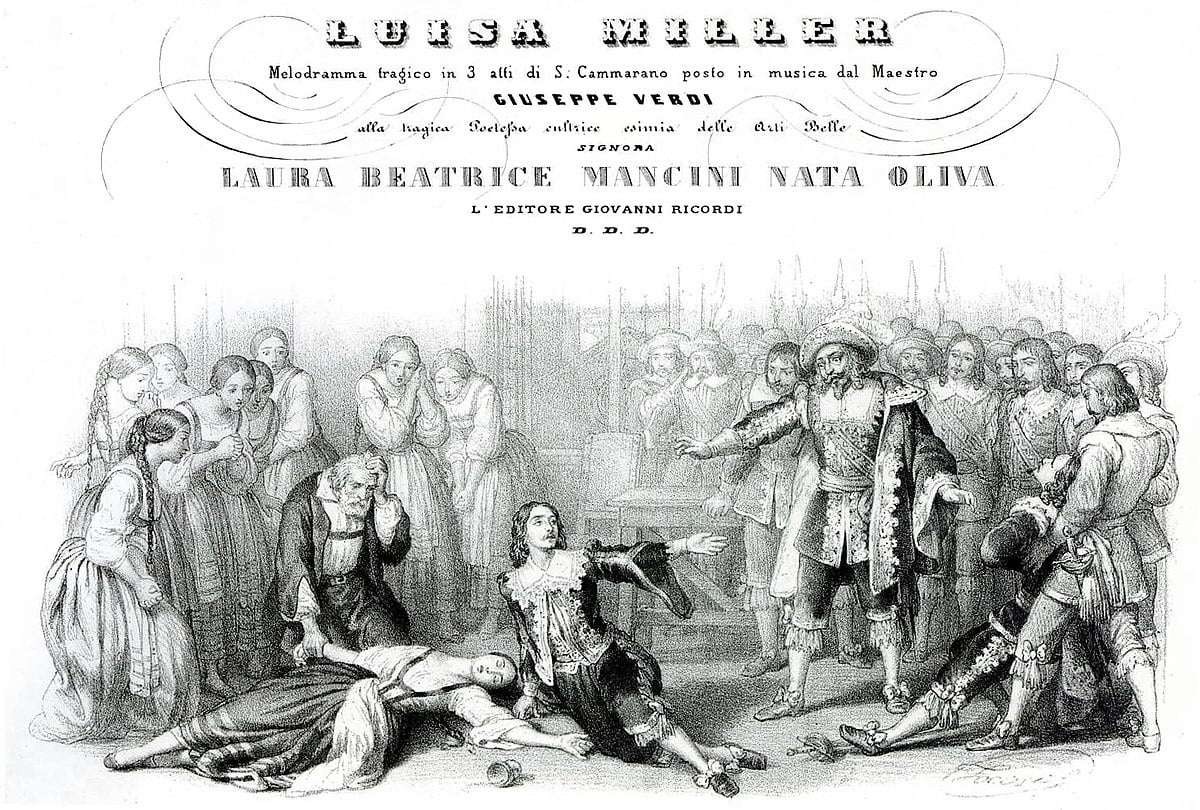 With an output of numerous operas (and substantive revisions of some) it is perhaps not surprising, if regrettable, that even such an above-average example by Verdi as Luisa Miller is overlooked in favour of a number of his others. Dating from 1849 it stands on the cusp of the breakthrough to indisputable artistic maturity which Verdi achieved in Rigoletto, with only Stiffelio coming in between, but already it anticipates the former masterpiece with its fluid structures where formal numbers are more seamlessly integrated within the dramatic framework.

Certainly there are memorable melodies within Luisa Miller, but it is as an almost symphonic sweep that the score makes the greatest impact. David Roblou’s conducting of Midsummer Opera grasped that convincingly with an interpretation of considerable heft, first in a vivid account of the Overture, the orchestra then giving way as an effective accompanist without losing vitality or responsiveness. Indeed, at climactic moments the singers were still sometimes drowned by the surge of sound, and the strings were not always unanimous. But the frequently audible prominence of the bass registers provided dramatic impetus and harmonic complexity, giving the lie to the view that Verdi’s orchestral writing is simple and predictable. The organ of St John’s received a cameo role as well to open the episode in Act Three that sets the scene for the intended marriage of Rodolfo and Federica which has been disastrously arranged by his father, conjuring an atmosphere of more authentic ecclesiastical solemnity than any number of theatre organs would.

The stated mission of Midsummer Opera and its director, Lynne McAdam, is “to present dramatic and animated semi-staged performances, hinting at characterisation with simple, everyday, non-concert wear.” That was successful here in the first of two presentations (the second on Sunday the Twenty-Fifth) to evoke the essentially intimate, domestic purview of this opera which, to that extent, anticipates La traviata, but contrasts with the wider canvas of many of Verdi’s other stage-works, and making sense of his adaptation of Schiller’s play Kabale und Liebe in cutting out the politics. It also freed the professionally-trained cast of singers to bring out the work’s drama with minimal, but suggestive, actions and to focus on the thrust of the music.

Emma Dogliani was a resilient tragic heroine, whose assured singing expressed Luisa’s conscious decision to act upon her love for her father and save him from Wurm’s machinations, at the expense of her romantic connection with Rodolfo. As the other half of one of the great Verdian father-daughter relationships, Andrew Mayor embodied the sympathetic, paternal instincts of Miller with warmth insofar as he sustained some of Verdi’s noblest melodic writing but he tended to swoop between the notes.

Complementing that parental relationship is the more fraught one between Walter and Rodolfo, Stephen Holloway an eloquently resigned, even wearied father, and John Upperton heroic and passionate in his command of the long line of some of Rodolfo’s music, and only occasionally a touch strained. Cheyney Kent was quietly, suavely confident as the calculating Wurm who seeks to obstruct Luisa on discovering that she loves Rodolfo rather than himself, revealing a character as unflinching in the pursuit of his jealous intrigues as Iago is in his. As the widowed duchess, Federica, whose marriage to Rodolfo Walter has tried to arrange, Siân Woodling was steely but brittle.

The Chorus of Midsummer Opera took the part of the villagers and peasants enthusiastically, even to the extent that more genuine contrast between soft and loud dynamics would have created greater dramatic tension and attract closer attention, but the account generally retained engaging coherence and momentum overall.