Sibelius
The Dryad, Op.45/1
Schumann
Piano Concerto in A minor, Op.54
Mahler
Symphony No.1 [including Blumine] 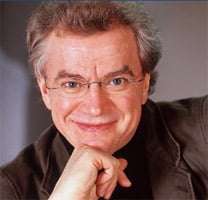 Many performances of Mahler’s First Symphony are still publicized with the subtitle “Titan”, although the composer withdrew this designation in 1896 when he also eliminated Blumine, the second movement. How ironic then that on a rare occasion when a 5-movement version is performed, it should for once not be identified as “Titan”! The program-book did not identify any particular edition of the piece, perhaps because Osmo Vänskä included elements from several different incarnations. Among these were the repeats, the extra brass at the end of the finale and, most unusual, having the entire double bass section, rather than a solo bass, play at the beginning of the penultimate movement, a modification published in the last Critical Edition of the score, but since disavowed by its editor.

Hearing ‘Blumine’ in its original context makes a very strong point for Mahler’s decision to remove it from the symphony. While it is pleasant enough performed by itself, its lack of depth is made evident by the surrounding movements. The Minnesota Orchestra played it beautifully, yet it felt like an intrusion. As in the rest of the piece, the strings sounded magnificent, producing a rich, burnished sound, and the woodwinds, especially the oboist, distinguished themselves throughout. There were occasional minor problems in the brass, but overall it too displayed balance and style.

“Style” is not a word what one could associate with Vänskä. He is an awkward presence on the podium, flailing himself about clumsily to the point of distraction; lots of bobbing up and down, and a fairly basic use of the baton. There have been conductors with less than stellar techniques that could transcend this shortcoming with their extraordinary musicianship. Vänskä fell short in that aspect as well. The opening of the symphony should evoke nature and impart a sense of mystery; Vänskä seemed to be in a hurry to get it through it. Even beyond the basic speed of this section, he failed to heed Mahler’s myriad expressive tempo modifications. This turned out to become a significant problem elsewhere.

Since Mahler was also a conductor, he took extreme care in marking his scores as precisely as possible so others could achieve the effects he envisioned. Both at a structural level and in smaller details, observing tempo indications is vital to any performance of his music. Vänskä failed him on both levels; even his basic tempos were dubious. Mahler marks the scherzo ‘Kräftig bewegt’ (moving in a powerful way), in the manner of a country-dance, a Ländler; he also provides a metronome marking. By taking it too fast, Vänskä not only made articulation of Mahler’s precise notation impossible, but he also robbed it of its intrinsic character.

In the next movement Mahler specifically asks for the opening section to be played pianissimo throughout, evoking a mournful funeral procession; this character was lost due to the robust volume the orchestra was allowed to produce. It was taken slowly enough, but Vänskä opted to maintain this tempo for the rest of the movement, although several significant modifications are clearly indicated for contrasting sections. Klezmer music, reminiscences from two of his ‘Wayfarer’ songs – everything was at the same basic pace, and utterly without idiomatic flavor.

The finale’s opening ‘stürmisch bewegt’ (vehemently moving) – was loud, but metronomic and sitting squarely on every beat. Furthermore, the fermatas between bars were glossed over, as was the big Luftpause before the false cadence. What is usually a high point of the movement almost fell flat as a result, as did the ending. It needs to be led up to, tension building, until finally a glorious D major arrives and the horns proclaim triumph. Mahler has written it all into the score, very precisely calculated, but if this is ignored, even the best orchestral playing cannot make up for the lack of structure. There they stood, all eight horns, but it was a hollow triumph, not arrived at but imposed, and made even more shallow by Vänskä’s refusal to honor the composer’s ‘pesante’ marking (heavier, broader) at the climax.

Things had started out well enough with a rare playing of Sibelius’s 1910 tone poem The Dryad. Although it is written in three continuous movements, it is a short piece, light, with even a Spanish touch.

Lars Vogt was the soloist in Schumann’s Piano Concerto, and he impressed with a stellar, effortless technique. A very musical pianist, he exhibited thorough understanding of the Classical underpinnings of Schumann’s Romantic style, especially in the deeply felt lyrical passages. The finale was brisk, which made it seem more unified than the norm, yet never feeling rushed or nervous. Vänskä and the orchestra were the perfect partners, supporting but not overpowering, and bringing a special clarity to the fugal sections in the last movement by employing antiphonal violins.