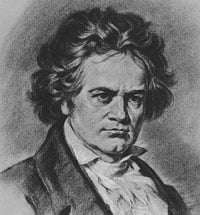 Beethoven strived for several years in the completion of his truly magnificent “Missa solemnis”, working tirelessly to extract every emotional nuance and every subtle meaning, and suitably reflect it in his musical setting. Where most composers gloss over the more verbose sections of the “Mass”, Beethoven builds in more time for reflection. Where others have settled for one basic emotion per movement, Beethoven revels in the contrasts inherent in the text. In short, this is a piece with many changes of temperament.

Under the dynamic Paul McCreesh, the Gabrieli Consort and Players embraced the challenges that the work presents with an apparently effortless capability and intuitive musicality. After a tentative opening, McCreesh launched a ‘Gloria’ whose upbeat nature was only matched by that of his downbeats. Whilst imbuing moments of the ‘Credo’ with a deep tenderness, he caressed a staggering spectrum of tone from the orchestra, in particular from the cohesive, well-moulded strings.

Perhaps where McCreesh’s intuitive handling of the work was best demonstrated was in the dazzling combination of emotions elicited from the ‘Sanctus’ and ‘Benedictus’, starting with a truly heartfelt opening section, followed abruptly with an electrifying ‘Hosanna’, an incredibly tender ‘Praeludium’, and concluding with a rare stately nobility. 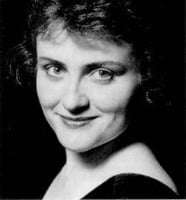 Sadly, for a work which places such importance on them, the solo voices were slightly unmatched, with Susan Gritton’s tightly-focussed timbre overwhelming that of Christianne Stotijn, whose beautifully rounded, rich tone superbly complimented her sensitive phrasing. Similarly, the effortless solidity of Neal Davies was lost beneath the more dominant tones of Werner Güra, except at the portentous opening of the ‘Sanctus’.

In an amazing display of stamina, the choir demonstrated a dazzlingly consistent technical virtuosity throughout the lengthy work. But what the singers lacked was the almost magical timbral spin that lifts a technically brilliant but emotionally static performance into one that leaves you weak at the knees. Allowing Beethoven to slink into the shadows of the emotionally ambiguous is as wrong as performing Hamlet in your swimming trunks. It starts with a consistently and uniformly focussed vowel sound. This choir, however, bore the hallmarks of too many solo voices. Exceptionally talented and skilled solo voices, but solo voices subtly differing in tone and expressive nuance. Curiously, some evidence of this sound appeared as the work progressed, with some divine moments at very low dynamic levels, and the occasional joyous tenor passage that probably broke several international test-ban treaties.

With a period-instrument performance providing a refreshingly clean, flexible sound, the orchestra’s members obviously at ease with each other, a choir of immense collective skill, and a director with clear, uninhibited interpretative ideas, this was a solid, impressive performance. Perhaps with a more cohesive melding of these components towards a unified end, it could have been a truly memorable one.