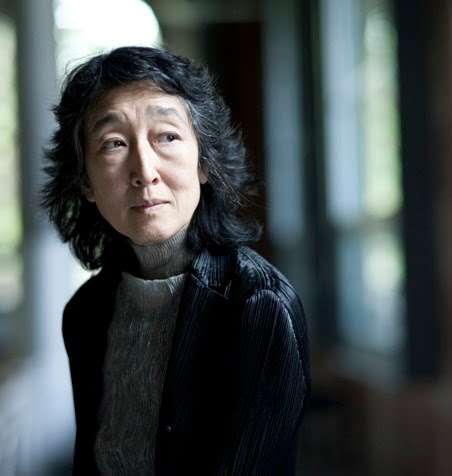 In the first of two Southbank Centre recitals this week, Mitsuko Uchida returns to her adored Schubert. “Beethoven’s vision is of the cosmos”, she says, setting the stage. “Mozart is about the drama and entanglements of human life and love. Schubert’s music is between life and death; he dreams with his eyes on the far horizon. His music is at once personal and profound. Every note speaks and touches your soul.”

On this showing, the A-minor Sonata bordered a little closer to death than life. The first two movements, in particular, dwelt on profound layers of introspection and reflection, each phrase etched on glass, sometimes scarcely wanting to stir the air, the whole panorama bleak, dark and Mahlerian. Here, Uchida seemed to want to say, was a young man in his mid-twenties, in despairing health, walking roads, pondering thoughts and imagining scapes for another time. Schubert’s Sonatas voyage some of the most treacherous waters in the repertory. Architecturally vast yet scarcely a Beethovenian muscle in sight; terpsichorally feathered yet rarely a ballroom for the entering. Like storms out of blue skies, innocent nurseries turned into confrontational theatre, their development sections unseat the best.

Uchida – no fuss or frills, hands quietly close to the keyboard, sparing in her pedalling, never a crude sound, deep of bow – wasn’t quite in the epic form that landmarked her Viennese Philips cycle a couple of decades ago. Occasionally, like a mountaineer facing scree and a sheer rock-face, she stumbled, dislodging a few stones, the odd boulder. But, once past, the peaks she was aiming for beckoned kindly. Here and there tempos were uneasy, occasionally rushing. Endeavouring to justify the score’s giusto qualification (right, suitable, proper, equitable) I wondered at the slowness of the A-minor’s opening Allegro, even the quicker dotted-rhythms lacking in energy. Generally, too, I questioned the literalness of her repeats – pauses and voicings (more or less replicating her studio visits) were all pretty much the same: some variation of the latter would have been welcome, the composer, as it were, musing beyond the blueprint of the page. Notwithstanding, there were endless things to learn from her terraced colours and textures. And her pursuit of boldly juxtaposed dynamics – stark black fortes, hushed white pianos – opened up worlds of drama and lighting redolent of some old photograph, of lamps and shadows in the rain.

Always a lyrical player, Uchida’s glory of the evening was the slow movement of the A-major Sonata. In her hands the poetry of the tale, the transition from murmured F-sharp-minor gondola-song through violent torment and muted supplication to fading memory, was extraordinarily communicated, even more intensely and inwardly than her recording. Every artist has their own psychological take on these paragraphs: Uchida’s, leaving us with a lost soul facing insurmountable demons, nightmares within, tragedies without, was compelling to experience. Similarly, the close of the Finale with its mysterious, impressionistic halts and silences (six of them) – life running out, life coming back.

A more Classical demeanour informed the opening E-flat Sonata, a re-working of an earlier attempt in D-flat. In one sense this was an obligingly careful school-room performance, doing nothing to disturb, the piano handled with grace and care. In another it searched for, and released, considerably more. Uchida’s approach made the most of the music’s chamber and orchestral-like qualities, at times a string quartet from Lichnowsky’s palace before us, a double bass from Lanner’s dance garden. She brought out the work’s throwback moments and forward-looking anticipations. Presaging the question-marks at the end of the A-major over two hours later, she made the most of the first movement’s question/answer syntax. With the rest-gaited Minuet and its five-bar phrased Trio she probed the solitary: as discomforting a dance as one can imagine, remote from what the easy-going Biedermeier public of Schubert’s day would have expected or wanted to play. The leisurely 6/8 Finale, a conversazione elegantly and discursively detailed, unfolded beautifully. Like some of Beethoven’s Finales in similar (repetitive) vein – Opuses 7, 22, 31/1, 90 – it takes a special kind of musicianship and pulse to bring off such length and urbanity, to leave an audience enlightened rather than bored. Second recital this Friday.