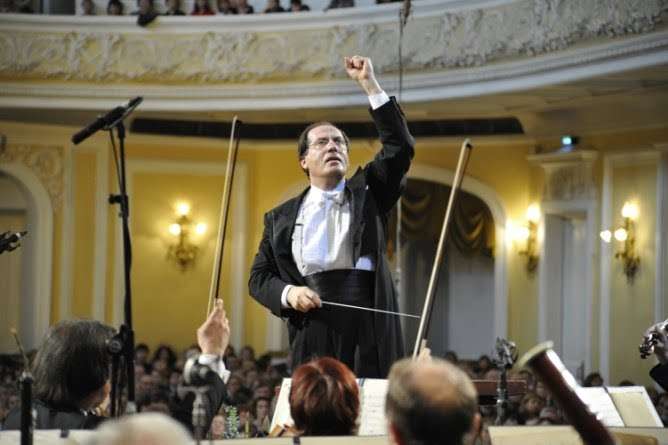 As part of the Zurich International Series, the Moscow State Symphony Orchestra and long-standing music director Pavel Kogan arrived at Cadogan Hall and launched straight into a UK premiere, Behemoth Dances by Stephen Johnson (born 1955), best-known as a writer and broadcaster on music, a familiar voice on BBC Radio 3. If not Johnson’s primary occupation, his interest in composing goes back to his teenage years and has had the tutelage of Alexander Goehr and Robert Simpson. Behemoth Dances is “named after Bulgakov’s magnificent cat-demon Behemoth [from the novel, The Master and Margerita], who wreaks such havoc in Stalin’s Russia, yet whose pranks prove to be strangely redemptive for a few privileged souls.” Given its premiere in Moscow a few weeks ago, and with a further three performances in the UK during this tour, Behemoth Dances is a real find and opened this concert of two halves, which – using football analogies – was Leicester City in the first one, Sunderland in the second (just got away with it!).

The 10-minute Behemoth Dances opens with a brass summons and gawky rhythms; it is energetic and wild. There are dark reflections and sinewy melodies. The composer’s programme note suggests a lighter work (including reference to Scott Bradley’s music for Tom and Jerry) than the one I heard, which had me writing down “danger” and “terror”. I also noted it as an English piece, citing composers such as Fricker, Searle, McCabe and Richard Rodney Bennett. But these are vague references, for Behemoth Dances has a distinct cut of its own, is very engaging and accomplished, and brilliantly scored for a large orchestra including soprano saxophone and piano, and with imaginative use of percussion. I wondered if there is a cheeky if deadpan quotation (in the brass) from something well-known towards the end, possibly by Prokofiev. Whether yes or no, Behemoth Dances is a really good piece, and I’d love to hear it again, and this UK premiere was of flair and precision. 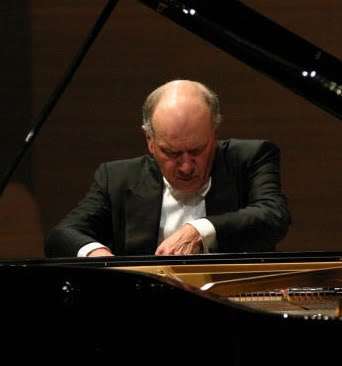 Step forward John Lill for one of his signature composers, Prokofiev, definitely him this time. The Third Piano Concerto tends to invite whizzed-through and overblown accounts, more about the pianist’s technique than finding the music of the piece. The latter Lill achieved with assured artistry and a practice that didn’t draw attention to itself. From the opening wistful clarinet solo to the helter-skelter final bars, Lill’s articulate, dynamic and weighty approach (with immaculate trills and staccatos) paid many dividends, opening up expressive possibilities often glossed over. With a vivid and accurate accompaniment, if with the occasional suggestion that pianist and conductor had slightly different views on how this music goes, there was much expression and excitement unveiled, and what can be the real stumbling block, the slow centre of the Finale, otherwise given with plenty of adrenaline, was a flowing reverie rather than a mountain to climb.

As for Rachmaninov’s Second Symphony, well, in this somewhat hard acoustic, the sounds were less lush than might be the case, and that could have been to the advantage of the music, which is easy to wallow in. Pavel Kogan went to the polar extreme. The Largo introduction was soulful enough, with a particularly eloquent cor anglais solo, and the depth of bass impressive. If one were being charitable then the arrival of the Allegro moderato could be termed refreshingly direct – nifty doesn’t do it justice – even demanding a repeat of the exposition, denied, but soon Kogan (born 1952, the son of violinist Leonid and Emil Gilels’s sister Elizaveta) was pressing hard on the accelerator, whipping up a frenzy that detracted, and any conductor that adds an unsolicited timpani whack on the final chord, which is scored for double basses only, commits a solecism.

Then it was into a very hard-driven Scherzo (my interest waning even further) and if the lyrical music, as in the first movement, was shapely, the unremitting intensity offered no respite, not even in the slow movement, despite an engaging and mellifluous clarinet solo from Evgeny Solovey, which unfolded languorously, reached a climax capped by thunderclap timpani and continued to loiter, without light and shade, save there were lovely flute and violin solos.

It must be stressed that the playing, whether individually or corporately, was superb, and to use an old adage, Kogan is a conductor who knows what he wants and knows how to get it. So, we’re talking about conception here – misguided as far as I am concerned – and the Finale was another hectic display, somewhere close to Alfred Wallenstein’s recording. But for the exceptional execution, with a lesser orchestra, this would have come off the rails. I wonder how Sam Allardyce would conduct ‘Rach 2’!

Encores were generous, although the first of them, Rachmaninov’s Vocalise, however nicely done, offered scant contrast to the Symphony. Then Paganini’s Moto perpetuo (Opus 11, for violin) was heard in an arrangement for violins and orchestra, possibly by Andreas Makris (1930-2005) – there is also one by Frederick Stock (which he recorded in 1941, Chicago SO) – leaving no doubt if proof were needed that this orchestra’s fiddle-players are flat-out virtuosos, here it was. Finally, a Tango, the Argentinean composer announced by Kogan but not really caught by myself, although Mariano Mores rings a bell, a pampas-day for winds and percussion, very stylishly performed by a chameleon ensemble, and great fun.