Orchestra of the Age of Enlightenment
Edward Gardner 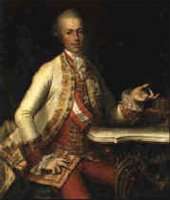 Mozart’s last opera was commissioned for the coronation celebrations of Emperor Leopold II who also held the title of Holy Roman Emperor. The subject had already been suggested as Leopold had been likened to Titus while he was the Grand Duke of Tuscany. However, he may have felt some qualms about the action of the opera, which has a plot about a new Emperor succeeding to the throne following an assassination and the subsequent plans to repeat history with the slaying of Titus. However, to be compared to Titus was no bad thing, as the new Emperor had a reputation for qualities not usually associated with such royalty, namely a willingness to listen to people, the ability to overlook transgressions in others and, indeed, he was a most forgiving man.

However, there is still Vitellia to contend with, who, as the daughter of the deposed Emperor Vitelius, expects to marry Titus. He, however, has other plans and is courting Jewish princess Berenice, in which case Vitellia would rather see Titus dead and urges Titus’s friend Sextus to kill him. Sextus is in love with Vitellia. However, when news arrives that Titus has changed his plans, Vitellia lives in hope of wedding him and rescinds plans of assassination.

However, it is not Vitellia who Titus has in mind for marriage but Servilia, Sextus’s sister, who is loved by Annius, friend of Sextus. Annius persuades Titus not to marry Servilia. But by the time he has agreed it is too late and Vitellia has ordered Sextus to go ahead with the coup d’état. Titus cannot believe that his friend Sextus would plot against him; against his better judgement he condemns him to death. Then Vitellia owns up to murderous intent and Titus has two traitors to deal with. As befits the strong but fair Emperor, he reveals his ability for forgiveness.

If the plot sounds like extreme ‘rom-com’ with murder in mind, it is performed with the noblest of intentions. Even a full staging limits the offstage action (the burning of the Capitol, the attempted assassination of Titus) to being reported rather than depicted, according to the classical theatre unity of time, place and action. That said, this Barbican Hall presentation lost little by being a concert performance, its success decided by musicianship rather than staging.

The Orchestra of the Age of Enlightenment (its personnel not listed as the programme-book had repeated details for the week-earlier Barbican Young Orchestra!) played to the hilt, achieving a marvellous sound, with an especially rich string tone. Edward Gardner, very agile and demonstrative, is no stranger to the piece as he conducted David McVicar’s production for English National Opera last year. He kept Mozart’s sublime music rattling along at a fierce pace.

As Titus, Toby Spence, fresh from his triumph as ENO’s Candide, brought nobility to the role, and he was the only one of the cast who acted as well as singing. In the first act he tried to relate to the other soloists using body language as well as his voice to evoke the character of Titus. In Act Two he took off his jacket to face Sextus and Vitellia as if to say let’s sit down and talk about this. He was in excellent voice and, with Alice Coote’s Sextus, held Act Two in the palm of his hand.

Coote was the wonder of the evening, in the part she has also played in the ENO production. Sextus carries the bulk of the solos, which are quite arduous, but she managed them superlatively well, delivering a performance of great subtlety and precision; and her Act Two confession of guilt was equally brilliant.

If the other soloists did not rise to such great heights, they were nevertheless impressive. Hillevi Martinpelto’s Vitellia was strong and firm, the Act Two ‘Non più di fiori’ was heartfelt indeed. Sarah Tynan as Servilia and Fiona Murphy as Annius also impressed, while the Choir of Clare College excelled if a little overbearing on their brilliant entrances.