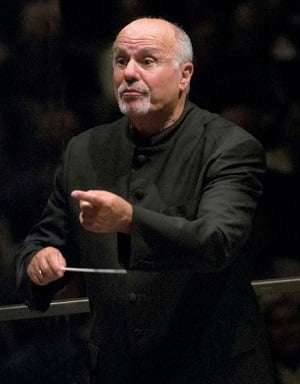 Walking the streets of Lusaka a few seasons ago, it was difficult to banish multiple thoughts of Lincoln Center until realizing that there was indeed a direct connection. When Northern Rhodesia gained its independence and established the new nation of Zambia in the early 1960s, the populace purposefully wanted to exorcise as many colonial influences as possible, thus the resulting construction boom in the capital followed the Brutalist architectural folly of the times, erecting unadorned, rectangular buildings that fostered the impression that the town was modeled after the floor beneath a Christmas tree with all of the presents wrapped in the dullest possible paper (Alan Gilbert, music director of the New York Philharmonic, has complained publically about the boxy structure of Avery Fisher Hall). As a result, contemporary Lusaka, with the glorious exception of the Japanese embassy, looks like an expansion of Broadway and 64th Street in New York or, for that matter, the Southbank Centre in London.

If Gilbert is able to engineer the shut-down of AFH for renovations, which it is estimated will take two to three years, he most likely plans to move his ensemble into the Armory on Park Avenue, ironically a building not constructed with acoustics in mind. However, no one has any idea what would happen to other tenants such as the Mostly Mozart Festival. Not allowing concerns about the future to cloud this particular evening, we were treated to a continuation of this year’s festivities … and with some Mozart. 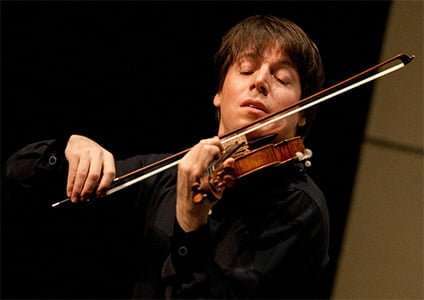 Joshua Bell is a serious student of his craft and has relatively recently branched out into conducting. Choosing to appear as an equal to the violist in the K364 Sinfonia concertante demonstrates his willingness to subsume his celebrity to the greater good of balanced musical performance. Where the sound of the violin might naturally dominate that of the viola, Mozart, a violist, constructs a piece with a strong part for the viola section and employs scordatura technique – alternate tuning, think of the first-violin part in the second movement of Mahler 4 – to create sonic parity. It was satisfying to hear Bell and Lawrence Power both employ a healthy dose of vibrato, emphasizing the proto-Romantic nature of this sensuous music, a deft combination of Classical purity and passionate melodic invention. Both soloists performed impeccably as equals and established from the outset a thrillingly seductive sound. Especially in the Andante, whose main melody would not be out of place in an opera by Verdi, the pair allowed their passions to rise to the top of the emotional scale without ever crossing the line into excess. Each performed the original cadenzas. This was superb Mozart, classically beautiful like a caryatid. Synchronicity rather than virtuosity goes a long way to increase Bell’s bona fides as a master musician.

For 18th-century Englishman William Boyce the terms ‘overture’ and ‘symphony’ were close to interchangeable but for slight stylistic differences. The small orchestra presented his first effort in the latter genre with dignity and grace, providing a comforting entrée into Mozart’s thematic universe.

After intermission, David Zinman led a healthily balanced version of the ‘Eroica’. This was a bit of a throwback performance with little debt to the periodicity movement. Full-bodied and raw-boned, this type of enunciation reminded of the Beethoven performances of the early part of the last century, tempos considerably slower than those so fashionable today, overall sound more opulent and expressive than our current trend towards masochistic dispassion. The MMF Orchestra responded exultantly to this very experienced conductor, wearing hearts on sleeves in the ‘Marcia funèbre’ and fashioning such an exciting scherzo that there was applause at its end – surprisingly the only ovation after an individual movement on a night where several of these opportunities would not have seemed particularly rude or out of place. Were there some wrong notes? A few, but none particularly glaring, but for what is essentially a pick-up orchestra with a different maestro twice every week, this was superb music-making.

The same Napoleonic Wars that inspired Tolstoy to pen his stunning death scene with the soldier knocked on his back staring at the sky also drove Beethoven to shocking depths of mourning. Both War and Peace and the ‘Eroica’ appear on the surface to be centered on the ruling classes, but once immersed in their emotional webs, one realizes that they are formidable elegies to the individual, particularly when considering the eventual disillusionment Beethoven experienced regarding Bonaparte. A noble performance like this one reminds that whether commander or infantryman, Empress or camp-follower, poet or peasant, there are intimations of the heroic in us all.