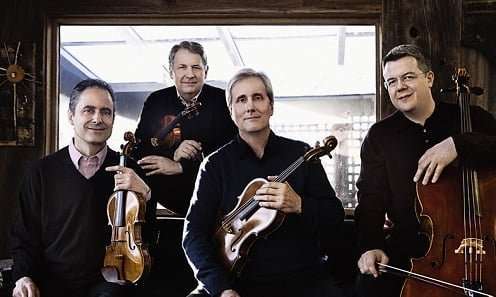 This particular evening at Lincoln Center’s Mostly Mozart Festival belonged to Martin Fröst. The Swedish clarinetist first joined the Emerson String Quartet in a jam-packed Alice Tully Hall for a superb rendition of Mozart’s Clarinet Quintet. Half an hour later, an “A Little Night Music” concert in the intimate, cabaret-like setting of the Stanley H. Kaplan Penthouse teamed Fröst with Antoine Tamestit and Shai Wosner for breath-taking performances of works by Mozart, Debussy and Poulenc. So spectacular was Fröst’s playing that, by the time the late-night session ended, those of us who were fortunate enough to have been to both concerts found it difficult to believe that what we had heard was even possible.

There were no such fireworks when the Emerson Quartet began the evening with rather genial performances of Haydn and Mozart. In the Haydn, the players emphasized the composer’s witty turns of phrase and quirky stops and starts. Mozart’s E flat String Quartet, the third of six he dedicated to Haydn, reflected the younger composer’s advancement of the genre with greater drama, more complex harmonies and richer interplay among the instruments. The Emerson members are just beginning their second year since Paul Watkins joined after more than 30 years without a personnel change, and the marriage seems to be working well, Watkins’s playing standing out in the Adagio of the Haydn and in Mozart’s Andante. As is their custom, violinists Eugene Drucker and Philip Setzer alternated between first and second chairs – literally so, as they and Lawrence Dutton sat, a change from their traditional practice necessitated by Drucker’s recent knee surgery. Setzer took the lead role in the Haydn, and Drucker did so in the two Mozart pieces, both men throwing of the intricate top-line figures with agility. Dutton provided solid support on viola throughout. 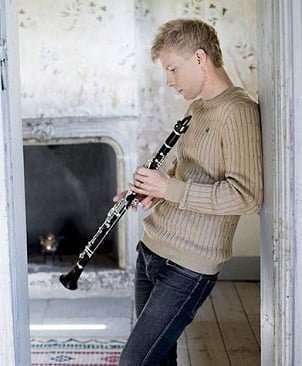 The music-making ascended to a higher level in the Clarinet Quintet. Fröst’s presence seemed to galvanize the ensemble into greater cohesion, the string-players maintaining steady eye contact with their guest. Fröst drew a wide range of tones from his instrument, sometimes sounding low and slinky and also singing out high above the strings, moving seamlessly between registers. Fröst was though an equal. Only in the variation finale is the clarinet allowed to occupy the foreground. Fröst was brilliant and also deeply expressive. Drucker took the lead in the second variation and shared the spotlight with Fröst in the fourth, with Dutton’s grace-note laden viola part prominent in the third.

In the Kaplan Penthouse recital, Fröst was even more extraordinary. In Mozart’s ‘Kegelstett’ Trio, Fröst and Tamestit stood facing one another, and it seemed that each was seeing his own reflection, so well-synchronized was their playing, music-making among friends, and Shai Wosner was also superb. In the final two pieces, for clarinet and piano, Fröst played without a score, which freed him to move about the stage. In Debussy’s Première Rhapsodie (there never was a second), the combination of his exotic sound, angular movement and expressive gestures called to mind Nijinsky’s portrayal in Debussy’s Prélude à l’après-midi d’un faune, the clarinet standing in for the Faun’s flute. Debussy wrote the Rhapsodie as an examination piece for students at the Paris Conservatoire, making it a wonderful showpiece in the hands of a virtuoso like Fröst. Poulenc’s Clarinet Sonata, dedicated to his fellow member of Les Six, Arthur Honegger, proved to be his last composition, his untimely death preventing him from accompanying Benny Goodman in its premiere, which Goodman and Leonard Bernstein gave. Fröst and Wosner again made a fine team, steering through the Sonata’s contrasting moods: sadly, calmly, and fiery and very lively. The effect, particularly in soft flutter-tongued passages, was truly extraordinary. Tamestit rejoined Fröst and Wosner for an encore, the third movement from Schumann’s Märchenerzählungen (Opus 132), a fairy-tale lullaby.