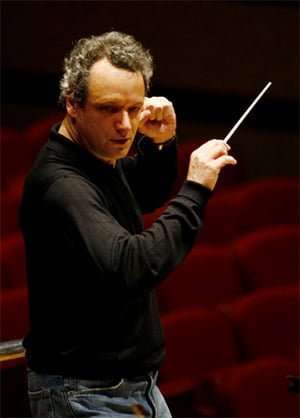 Mozart’s C major Symphony was written in haste over several days, when during a trip to Linz he was approached by Count Thun for a new work and was caught empty-handed. Mozart seems unimpressed with his efforts, later writing to his father about it: “The Symphony is in the original score, which you might arrange to have copied some time. You can then send it back to me or even give it away or have it performed anywhere you like.”

Louis Langrée’s interpretation was similarly uninspired, with a heavy-handed approach pounding out all of the music’s subtlety. The slow introduction’s phrasing was labored, and the first violins’ tone was displeasingly thin. Dynamic contrasts in the main Allegro were weighted heavily towards the loud side, yet lacked excitement. The balance was atrocious, with strings overpowering the occasionally audible woodwind solos, which were tenderly phrased, the performance’s saving grace. Every swell was maximized in the Andante, eradicating the lilt of the siciliano rhythm, and the Minuet was more a stomp than a dance. Although the violins had impressive precision in the finale, Langrée’s pacing remained directionless and his tonal palette shallow. 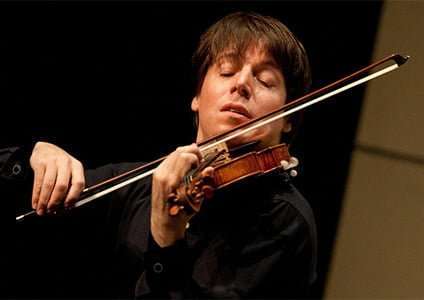 Expectations were raised for Joshua Bell’s appearance in Tchaikovsky’s Violin Concerto. This lushly emotional music, with its heart-on-sleeve melodies, is sublimely suited for Bell’s playing. Tchaikovsky wrote it for his composition student (and possible lover) Yosif Kotek, and reflects his unrestrained happiness following the breakup of his troubled marriage, but the premiere was given by Adolph Brodsky. Bell’s performance did not disappoint, yet he displayed an uncharacteristic sense of restraint, and often seemed at war with the accompanying forces. His initial solo featured his buttery tone and ample portamento, yet he reined in the use of rubato. Even with such a straight tempo, the orchestra often lagged behind and was timid, balances poor. Although Bell’s technique was not flawless, with some intonation problems particularly in the development’s double-stopped passages, he kept every moment engaging. His pacing in the cadenza was exquisite, and he seemed to relax visibly at this point. He channeled a more wistful feeling in the ‘Canzonetta’, but became derailed in the finale, which began at an extremely brisk pace but slowed down as it went along, despite Bell’s efforts to push it back in place; he seemed to battle for leadership with Langrée, and occasionally precision fell to the wayside.

As an encore, Bell gave a reserved rendition of Tchaikovsky’s ‘Mélodie’ (from Souvenir d’un lieu cher), this with-piano miniature orchestrated by another hand, during which the accompaniment completely drowned out Bell’s 1713 ‘Huberman’ Stradivarius in a bizarrely inconsiderate manner.