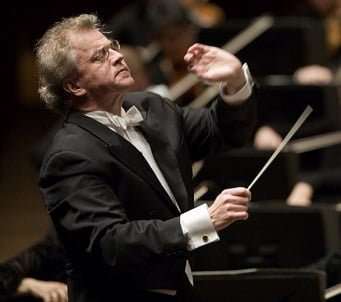 What a long, strange trip it has been for New York’s Mostly Mozart Festival. A bastion of quality in the midst of a barren, oppressive summer, the MMF Orchestra, reinvented every year, began to deteriorate significantly in the last seasons of Gerard Schwarz. Once new maestro Louis Langrée took the reins, balance and order were restored. Lincoln Center management then went through a phase of wishing to become more ‘relevant’, ushering in a brief period of contemporary bagatelles of eminently forgettable import. Subsequently, the specter of thematic programming loomed darkly for a few seasons, one evening of Russian music explained away by stating that Wolfgang Amadeus traveled a lot. 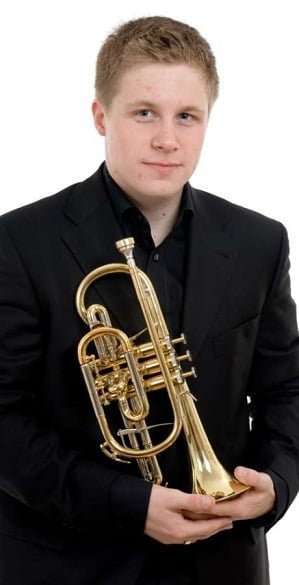 The internecine skirmishes of Lincoln Center programming have since dissipated and the Festival is now refocused on an inclusive menu with a healthy nod to the eighteenth century. One of the highlights of this annual event is the appearance of Osmo Vänskä, who had recently employed this brief sojourn in New York to keep his hand in the American musical scene while his Minnesota Orchestra continued its vituperative labor dispute. His curtain raiser here could not have been more appropriate to express the current Mostly Mozart philosophy: Prokofiev’s ‘Classical’ Symphony is the ultimate 20th-century homage to the 1700s.

Prokofiev, who has charmed us all with evocations of childhood in such works as Cinderella and Peter and the Wolf, once reminisced that this Symphony was inspired by recollections of his mother playing early Beethoven Piano Sonatas. Both those keyboard gems and this remarkable first effort in the symphonic genre recall magically the comforting, ordered and refined world of “Papa” Haydn with a relevant and judicious portion of effervescence. Vänskä led an excellent performance, notable for its purity of sound and superb balance. It was delightful to hear this smallish Orchestra in this huge hall dare to play a real and sustained pianissimo without sacrificing any clarity or projection of sound.

Just as sea shanties and beer-hall songs worked their way into the music of Johannes Brahms, who earned his young living as a piano-player in the rather seamy clubs of Hamburg, the high-spirited and caustic rhythms of slapstick appeared in the compositions of Dmitri Shostakovich, who supported himself as a youth by accompanying the silent films shown in St Petersburg. His Concerto for Piano, Trumpet and Strings relies heavily on stunts, and therein hangs a tale. Yuja Wang seemed ill at ease in the early passages, frantically attempting to play the ambuscades of notes and desperately in need of the services of a competent page-turner. Perhaps she is just learning this piece. However it became rather obvious as the music clattered on that the root problem might have been that she simply does not get its humorous idiom. Although Philip Cobb (from the LSO) presented the sardonic phrases in just the right Chaplinesque manner, Wang never translated her digitizing into lighthearted language, leaving her rushed and disjointed performance rather far from the mark.

Finally, Vänskä and his special forces gave us the gift of exceptional periodicity. This rendition of the Eighth was thoroughly modern Beethoven: small orchestra with a honed, albeit somewhat thinned-down sound, impressive interplay between strings and brass – one thrilling passage played by the horns at the conclusion of the Allegretto stays in the mind’s ear – hard-stick timpani somewhat overpowering in a military band sort of way. This performance was de rigueur in today’s fashionable idiom and totally satisfying. Vänskä trod the line between politesse and vulgarity with a splendid air of confidence, thoroughly at home with both beauty and power, and donning, where appropriate, what Jupiter Symphony conductor Jens Nygaard used to refer to as “Beethoven’s muddy boots”. Quite a lot of joy for one evening.