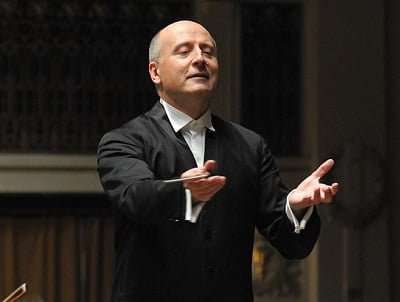 This concert, part of Lincoln Center’s Mostly Mozart Festival, focused on the music of Johannes Brahms. Although none of these three works were written for a chamber ensemble or intended to be performed in a relatively confined space such as Alice Tully Hall offers, the excellent Deutsche Kammerphilharmonie Bremen produced a resplendent, full-bodied sound while bringing intimacy to soft passages and transparency to textures. The playing was enthusiastic and sensitive, woodwinds especially brilliant and perky, and strings warm, iridescent and robustly assertive. Despite occasional ragged entrances, the brass performed admirably. This is all down to Paavo Järvi, now in his tenth year as artistic director. His concentration on clarity, consistency of tempo, and dramatic import were flawlessly engaged.

Brahms denigrated as a “very boisterous potpourri of student songs” the Academic Festival Overture – appropriate as a musical pep-talk for the upcoming school year. He wrote it in response to Breslau University’s bestowal of an honorary doctorate in philosophy. Four student songs constitute the principal material, the most famous being ‘Gaudeamus Igitur’, a symbol of student rebellion against police surveillance. It was given a hale and hearty outing full of vigor and enthusiasm. 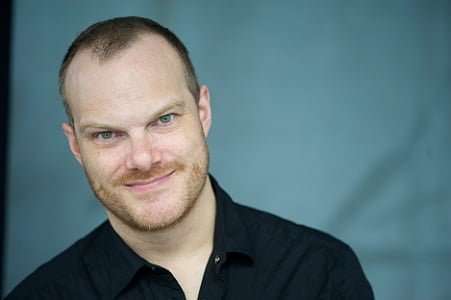 The highlight of the evening was Brahms’s First Piano Concerto. He intended the first two movements for a never-published Sonata for two pianos, while the third found its way into his Ein deutsches Requiem. He soon recognized that the breadth of material in the first movement called for orchestral treatment, and the second-movement Adagio might be an expression of Brahms’s amorous feelings for Clara Schumann (Robert’s wife). Lars Vogt’s many skills were in evidence in this mesmerizing performance: easeful execution, sensitive, and with riveting intensity that electrified powerful climaxes. In the first movement, sequences of trills sent shivers up one’s spine, yet Vogt’s treatment of the principal theme sometimes seemed lost in a dream-world. His approach to the recapitulation was astonishing in its dramatic impact. The slow movement’s intimate character was enhanced by the Hall’s crystal clear-acoustic, and its emotions were captured evocatively. Vogt drove the finale home with fervor and energetic impulse. His encore, Brahms’s Waltz in A flat (Opus 39/15) had endearing charm.

The Second Symphony, one the most pastoral of the composer’s works, also contains moments of grandeur. The Adagio’s melancholy character and the withdrawn perspective of the succeeding Allegretto grazioso (notwithstanding an intervening Presto segment) could readily temper involvement. But the finale brings life to the work. Järvi shaped the score to bring out both its intimate aspects and rhapsodic quality, while urging inner voices to project more prominently than usual. Strong passages in the outer movements resounded with resilience and energy, while softer strains enthralled with tender passion. The inner movements were warm, the slow one aglow with sweeping expression. An effervescent spirit pervaded the performance, reflecting the players’ complete commitment.