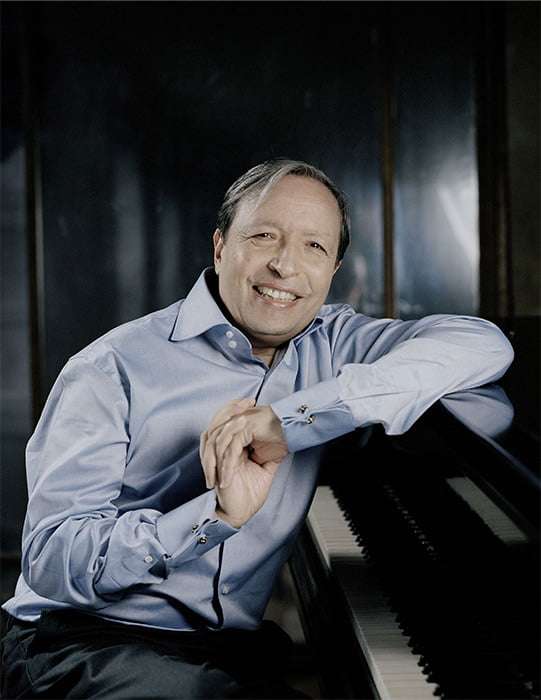 Murray Perahia doesn’t do lightweight these days and here he coupled masterworks by arguably the three greatest composers who have ever lived with a rather more prosaic offering by Mozart.

In 1983 when CBS released Perahia playing the complete Schubert Impromptus, it became an instant classic, so thirty-odd years on, has his approach dramatically changed, to which the answer is ‘not much’ in terms of overall timings but ‘yes’ regarding feeling and emphasis. The rippling opening of the F-minor was beautifully voiced, the pauses natural, with the lightness of the left-hand adding textural clarity. Perahia was fortunate to be trained in an era where rubato and tempo-adjustment were expressive norms, both of which he used to sculpt the second subject and the cross-hand passages became a benediction (alas the middle-section was ruined by some idiot in the audience who seemed to be dying of consumption and didn’t have the courtesy to leave). The start of the Second Impromptu became a hymn, the speed ebbing and flowing, the following theme sounding like crushed velvet, the bass had unusual clarity and when the hymn returned it was imbued with sombre gravity. In the following piece Perahia effortlessly encompassed every change of mood from profound introspection to brilliantly-articulated burlesque, and the final Impromptu was played with elfin, Mendelssohn-like grace with streams of exquisite arpeggios.

As you might expect from one of the great Mozart players the child-like Rondo was delivered with charm, and – within its severely restricted emotional range – feeling, which paved the way for one of the Himalayan peaks of the repertoire, Beethoven’s Opus 111. There was massive attack in the Maestoso introduction, the rising arpeggios in bars three and five differently sounded and Perahia made discriminating use of the sustaining pedal. In the main Allegro the tempo was fast, the slowing for what might be called the second subject wasn’t excessive, in the fugato section of the development the dynamic balance between the hands was constantly altered, although the final bars that should prepare the way for the sublime ‘Arietta’ were prosaic. The ‘Arietta’ itself was slightly too fast and loud, but there was at least some sense of profound spirituality. Beethoven marked the ensuing Variations l’istesso tempo and any seeming change of pace is brought about by the change of time-signature (the more notes you hear the faster it seems) but Perahia did speed up in the jazz-like syncopations and the dotted rhythms lacked clarity and accentuation, and the sudden drop into the bass – which should be one of the most heart-stopping moments in all music – passed for little. However the first set of extended trills that characterise Beethoven’s move towards – to quote Shelley – “the white radiance of eternity” was beautifully played, but unfortunately Perahia then inserted a totally unnecessary, jarring fff climax prior to the trills’ reappearance. Nevertheless, as ever, that final page did evoke a sense of transcendence that was completely ruined by members of the audience bursting into immediate clapping.