Academy of St Martin in the Fields
Tomo Keller (leader) 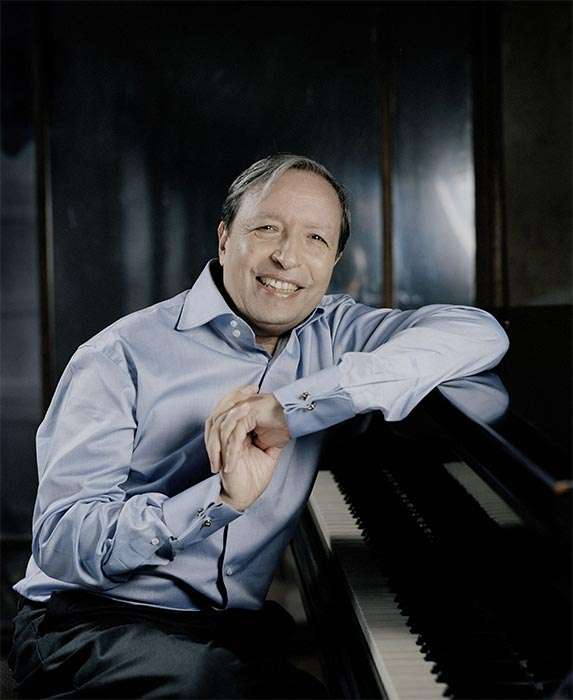 The second of Murray Perahia’s Beethoven evenings with the Academy of St Martin in the Fields this season focused on energy and leanness of character more than profundity or prophecy. The surprisingly no-nonsense opening of the Fourth Concerto, bordering on the matter-of-fact, touched little of the poetry I have heard from Perahia in past readings. Here, he seemed to say, was going to be a performance leaving dolce searching to others – and so it was largely to prove.

Occasionally, in the lyrical contrasts of the outer movements and the rumination of the Andante con moto, he let us glimpse deeper emotions, without, however, ever quite opening the door. Nearer to Marriner than Mehta in mood and tempo, he opted for a broadly routine reading – standard orchestral seating, usual cadenzas, working the notes briskly, the emphasis seemingly on robustness and getting on with the job.

Directing from the keyboard, the Steinway at one-o’clock position, lid on, keyboard facing audience, he dovetailed easily with the ASMF, a busy left hand communicating the beat, the right shaping longer phrases. Orchestrally, there was much to admire, the onward-driving woodwinds projecting their lines and ensemble with a clarity and presence more customarily associated with studio spot-miking. The last two chords, the piano resonantly full-throated having been relatively thin-toned for much of the evening, found a power (early Perahia trademark style) reminding us urgently that for the deaf Beethoven in 1808 the thunder of the ‘Emperor’ was only just around the corner.

In his programme-note Julian Haylock usefully reminded that with one capricious twist in the Finale of the B-flat Concerto “the world of music [was] turned topsy-turvy in an instant.” Disappointingly, Perahia’s performance didn’t suggest that. Eyes shut, this was a pretty mundane account with a few rough edges, college level but for the suddenly wise vistas of the E-flat Adagio – closing gran espressione primarily, violas secondarily. Inhabiting a radically different stylistic climate, the first movement cadenza (an awkward beast written some years later) hurtled around gruffly, dotted-rhythms bordering on triplets. More refinement, some classical grace, less a feeling that Beethoven the concerto-writer couldn’t hold a candle to Mozart, would not have gone amiss; strange how often this piece trips up people.

Left to their own devices, directed from the front desk by Tomo Keller, the members of ASMF despatched a taut, if dry, interpretation of the Coriolan Overture, two brio beats to the bar rather than Beethoven’s four being the order of the moment. With the veteran Tristan Fry on timpani, ultra-hard sticks to the fore, a distinctive cameo role, more musket-fire than mellowness, was promised – and delivered.