Farrenc
Trio in E-minor for Flute, Cello and Piano, Op.45
Sextet in C-minor for Piano and Woodwinds, Op.40

Beethoven
Concerto in C for Piano, Violin and Cello, Op.56
Farrenc
Symphony No.3 in G-minor, Op.36 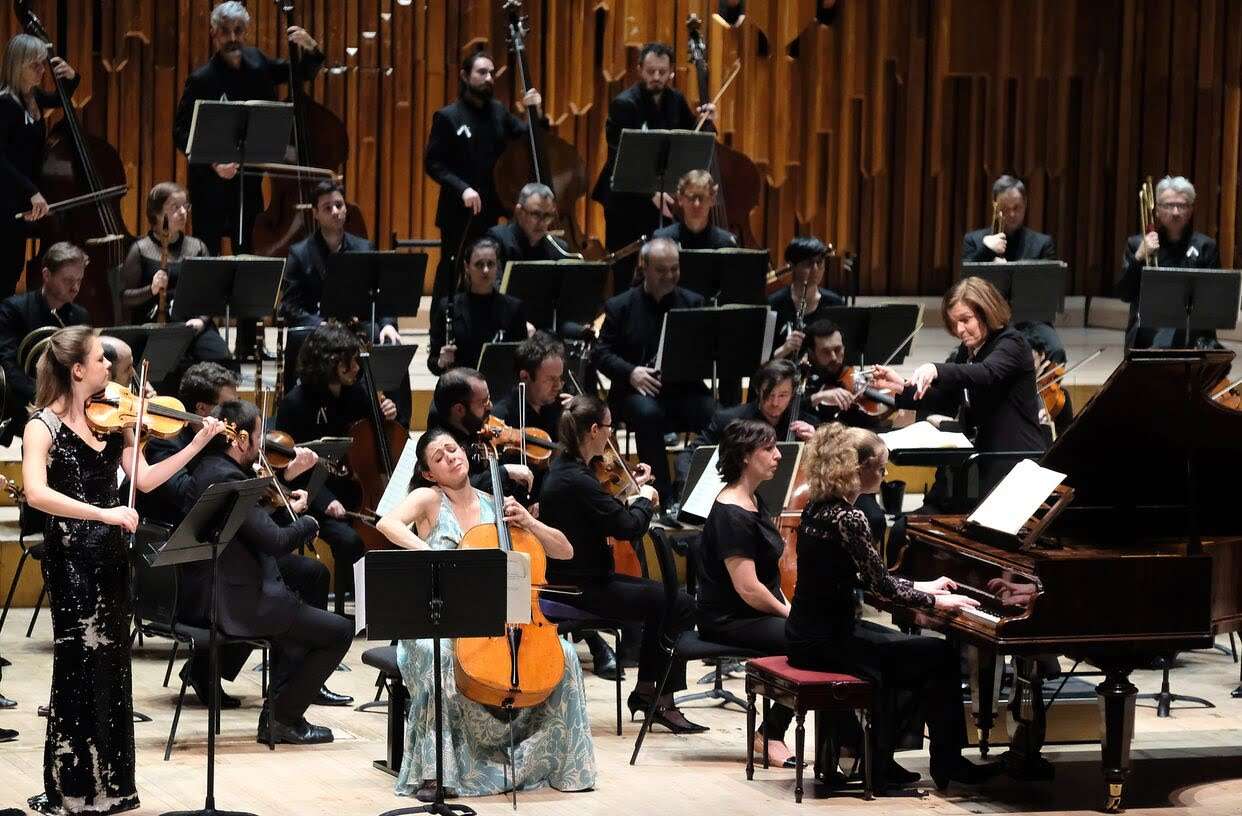 Marking International Women’s Day, the players wearing white suffragette ribbons, this was the kind of inspirational Insula Orchestra venture and programming you might expect to find at the Philharmonie in Paris but rarely on any of the main London stages. Under Laurence Equilbey this French period-band invariably rises to the occasion, as much musically as visually – the involvement of the double bass section, a characterfully mobile quartet, and the hard-stick artistry of the brilliantly inimitable Koen Plaetinck on timpani are alone worth attending for. Equilbey’s grasp of the late-Classical/early-Romantic style is sure-footed, informed and imaginative – her whole body pulsating, wiry and tight, in Allegros, her demeanour and hands lovingly shaping Adagios, coaxing out details, giving players plenty of room to breathe, encouraging them to bring their own fantasy of timbre and phrasing to proceedings. Fearlessly commanding in the larger canvasses, she turns the forgotten lanes of two-hundred years ago – the Marie Antoinette, Napoleon, Congress of Vienna, Louis Philippe years – into grand avenues of discovery and historical perspective. She’s a communicator who comes alive with the first downbeat. “Let’s play some Ludwig and Louise”, she invites, smiling shyly. And suddenly we’re all friends on a passionate quest of exchange , at one in the elation and thrust of the moment.

The interest of the evening centred on Louise Farrenc (1804-75), a Parisian who studied with Hummel, Moscheles and Reicha and was the only woman to hold a teaching chair at the Conservatoire during the nineteenth-century. Born a Dumont (her elder brother, Augustin, was responsible for the 1833 bronze Genius of Liberty surmounting the July Column at the Place de la Bastille), she married the music publisher and bibliophile Aristide Farrenc, ten years older, in 1821. Remembered largely for her miniatures and piano études (erstwhile teaching material at the Conservatoire), eschewing both theatre and organ loft (limiting her popularity, it’s been suggested, in a city obsessed with the former and bowing increasingly before Cavaillé-Coll), her orchestral and chamber output was conceived on a singularly tough, sonata-based scale. 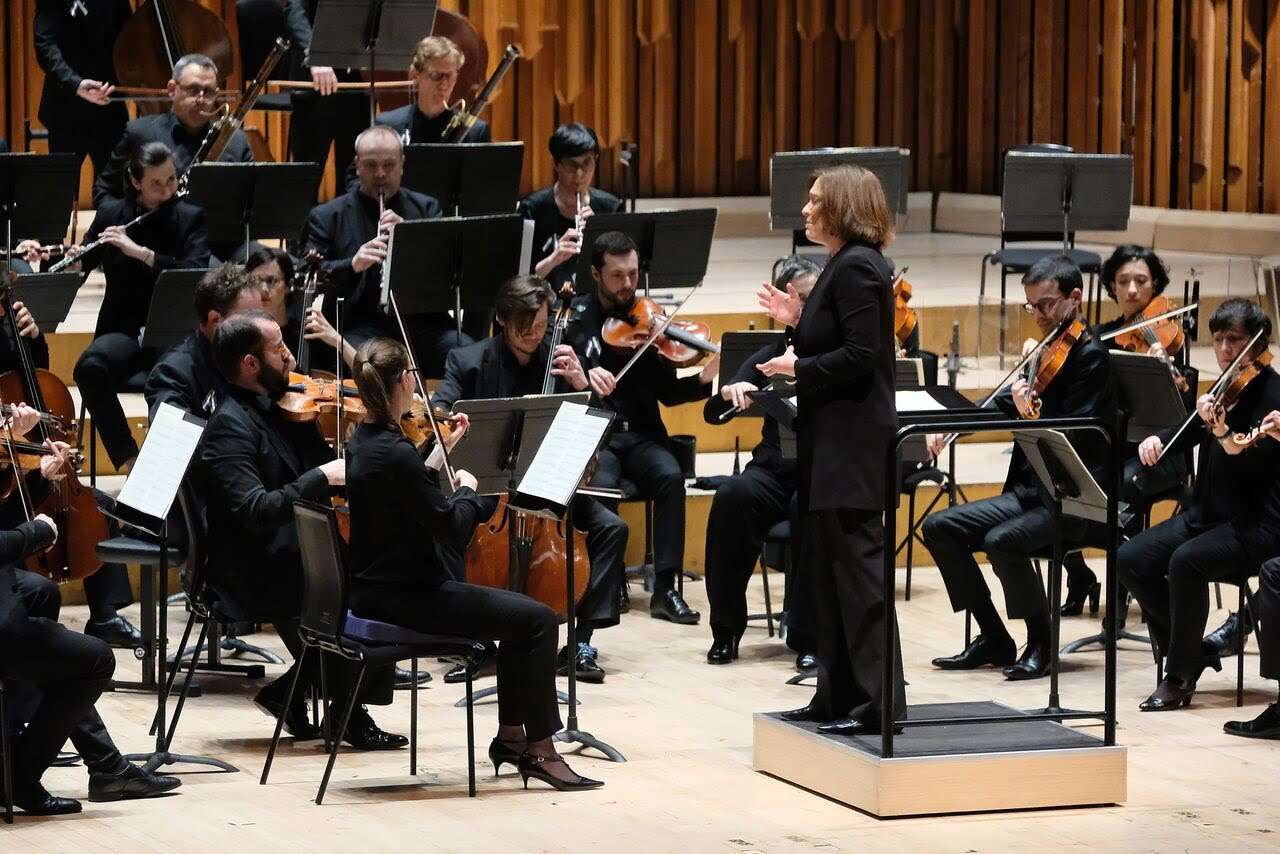 The early-evening recital, charmingly introduced and delivered by flautist Anna Besson, a sweet-toned performer of elegant deportment, showcased a persuasive Trio in E-minor (written for Louis Dorus, flautist at the Orchestre de la Société des concerts du Conservatoire) and a Sextet in C-minor, both displaying skilled classical craftsmanship and a feeling for discursive development allied in their lyrical, decoratively eloquent slow movements with “subtle aromas of romanticism” (Robert Schumann’s words, reviewing Farrenc in another context). The Trio traverses worlds of technical demand removed from the cognac echelons of high arrondissement salon society – neither the opening unison entry for flute and cello nor the busy abeilles of the Finale are about ‘easy’ post-dinner, pre-boudoir dabbling. Similarly the virtuosity of the Sextet, its last movement calling for a level of brillante pianism rooted in the Field/Moscheles style. Here, one sensed, was a melodically verdant composer well up there with Clara Schumann – but with more humanity and flair. Pertinently, Besson alerted us that in the mid-nineteenth-century “the piano [like the harp] was the only place for female freedom”. Also, quoting a French source of the day, that woodwind instruments were considered unsuitable for “respectable” women, and that the violin was best played on the knee since it was believed improper to feel its vibration against one’s décolletage.

For a slice of Parisian musical life linguistically very different from what was going on doors away in the hands of Alkan, Berlioz, Chopin or Liszt, allowing us a “a more [gender-equal] reading of history”, Farrenc’s Third Symphony (1847) is essential listening. Scored for modest forces (no trumpets for instance), its four movements are taut affairs, each with a sense of quasi-Berwald cut-off. This is music without procrastination, dealing in necessities and cadence – strikingly so in the Finale, its twists of originality and headlong rush to the end unhindered by maggiore commonplaces or intrusive rhetoric. Mendelssohn hovers around odd corners, but it is Beethoven – the ‘Eroica’ in particular – that most keeps stepping out of the shadows. Never derivatively so, though, his ideas, the fleeting melodic fragment, absorbed and re-thought more than simply imitated. Farrenc lost the will or energy to compose around the time of her daughter’s death in 1859. But not before she had lit the brightest of fires for later generations to discover.

Equilbey, predictably, took a lean view of the music – contrasting the orchestral fatness, and weightier articulation, of Mikko Franck’s performance with the Orchestre Philharmonique de Radio France last month (opting for a different platform layout) while sharing his sense of architecture and punctuation. The unison work and vertical texturing was crisp and driven. The woodwind principals – as in the recital – excelled. And should anyone think that Plaetinck’s only forte is incisive attacks and rapidly fired mini-crescendos, his kettledrum colouring in the Adagio – Farrenc the ton poet – was remarkable, ranging from unease in the mist to the most fatefully, apocalyptically overwhelming drama. 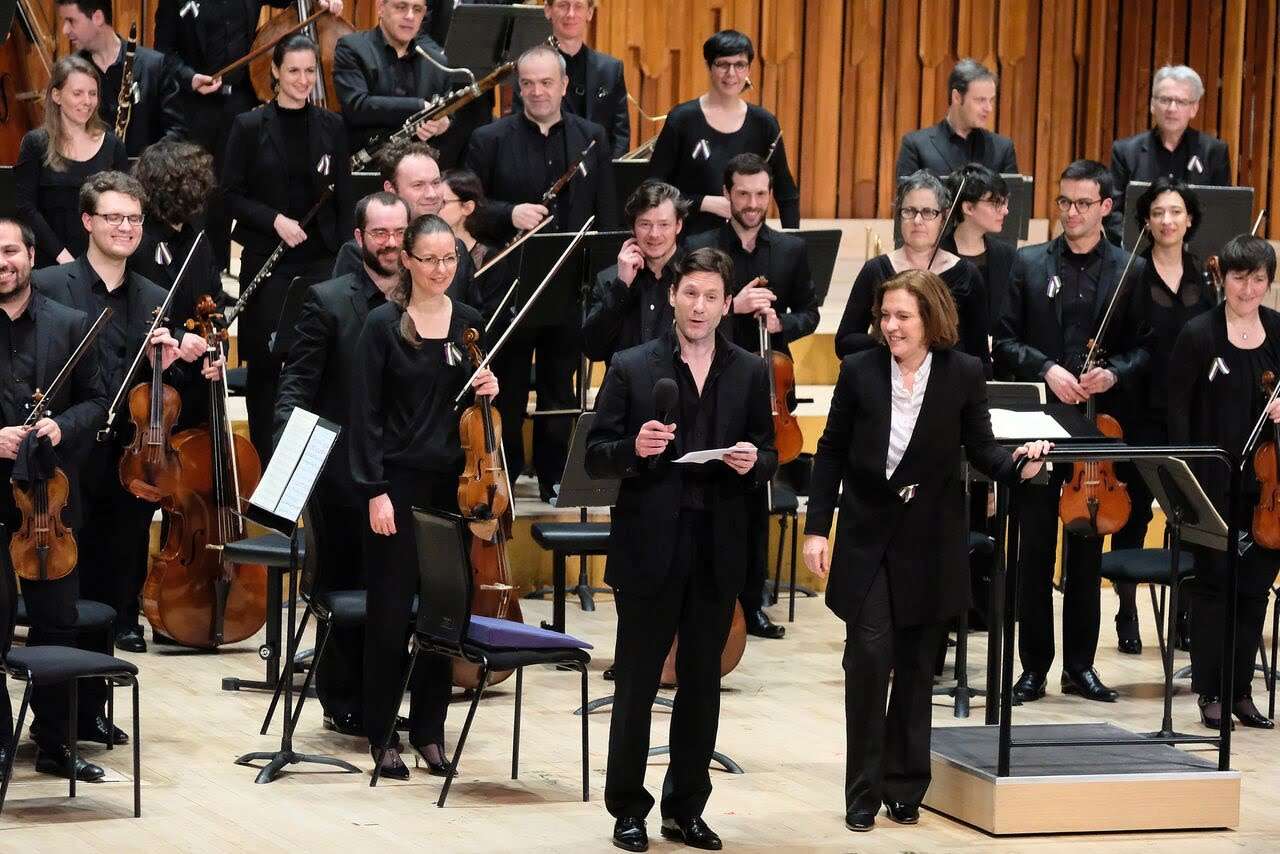 A brief encore, the second entr’acte from Auber’s 1837 opéra-comique Le domino noir, entertaining for Plaetinck’s silent cameo role, reminded that it was Auber, in his capacity as Director of the Conservatoire, who campaigned for Farrenc to have the same pay and rights as her male colleagues, achieved eventually in 1849.

Variously imposing, singing and Hungarian, Beethoven’s Triple Concerto in the first half – a handsomely veneered 2.5-metre 1882 Érard centre-stage – introduced us to a musically refined, sympathetic line-up of soloists: the Moldavian violinist Alexandra Conunova (playing a 1735 Venetian instrument by Santo Seraphin), the British cellist Natalie Clein, and the German pianist Elisabeth Brauss (at twenty-three the youngest, replacing the originally advertised Alice Sara Ott). Following the awakening and first tutti of the introduction, here gritty and grained, their opening entry sent the music on a spine-tingling journey – Clein charismatic and imperially toned, Conunova soaring lyrically, seeing her phrases through beyond the bow, and Brauss displaying phenomenal calm and maturity, quietly at-one with the old maestro of a Gallic keyboard before her. Slight differences of tempo and decision in the ‘Rondo alla polacca’ aside (arguably a shade too brisk at the start), this was the kind of reading, far from jaded or tired, that got one relishing the music anew. Equilbey’s nurturing of the first movement development, each fortepiano change of chord pulverised home, compounded by Brauss’s distinctive left-hand style, brought home the native rawness of Beethoven’s invention, harmony before melody central as so often to his ground-plan. Elsewhere, Conunova’s urge to emphasise the pianissimo end of the dynamic spectrum (taking risks in ways reminiscent of her compatriot, Kopatchinskaya) stirred unexpected embers, at times laying a smoky veil across the landscape bordering on the impressionistic.