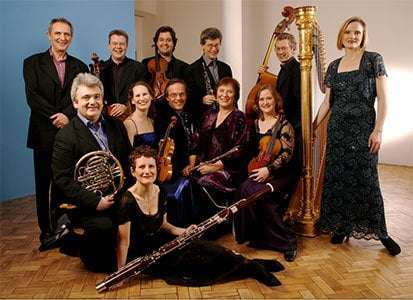 The final concert in the Nash Ensemble’s “American Series” also took the opportunity to mark the forthcoming 80th-birthday of Sir Harrison Birtwistle (on July 15). The Nash commissioned Fantasia upon all the notes (2012). The slightly mischievous title implies a connection with Purcell’s Fantasia upon one note, but there is little in common between the two, nor Ravel’s Introduction and Allegro, with which the Birtwistle shares the instrumentation of flute, clarinet, harp and string quartet. Birtwistle secures a lean sound in his strident writing, though the music is very sonorous and at times sensuous. Gradually a deep-seated anger presented itself in this convincing performance, a reaction to the death of a close friend, Tony Fell. The climactic shrieks from woodwinds carried ominous meaning, all the more so when echoed in the lower range of the string quartet, casting a shadow over the work’s closing pages, leaving much food for thought.

Birtwistle’s The Moth Requiem was the focal point of the concert. Although a choral work, it is more about solo upper-range voices that present the text, essentially a series of twelve Latin names for species of moths, some of which are thought to be extinct. The approach is akin to that of a mural or memorial that the listener is walking by. The work was inspired by The Last Supper (Birtwistle’s opera) librettist Robin Blaser who was disturbed at night by an odd sound emanating from his upright piano – which turned out to be a trapped moth flying around and banging against the wooden casing. Birtwistle portrays this sound through twangs of the three harps or open slaps on the instruments. This conjured up vivid pictures. On the left of the stage Philippa Davies inhabited a more independent role, the velvety tones of her alto flute supplying counterpoint to the brightness of the BBC Singers, arranged around the back of the crowded Wigmore Hall stage. The performance was technically beyond reproach, aided by Nicholas Kok’s unifying conducting, and was unusually moving in its environmental message.

Elliott Carter continued a rich vein of composition right up to the end of his 103-year-old life in 2012, so much so that Enchanted Preludes, completed in his eightieth year for flute and cello, carries the feeling of a mid-period work. There is a spring-like freshness to this music, the composer’s writing frequently bringing the two instruments into confluence for melodies of grace and, initially, nervous energy. With the glassy tone of Adrian Brendel’s harmonics the enchantment of the title was frequently cast, with Philippa Davies’s splendid tone easy to admire too. Even when the two instruments were more animated there was a sense of otherworldliness, helped by an almost complete lack of bass despite the presence of the cello.

Carter’s 1964 present for Pierre Boulez, Esprit Rude/Esprit Doux, continued the focus on the treble range. This conversation piece for flute and clarinet may be short but it carries a deep profundity, both in the musical notation of Boulez’s name which bookends the work, and in the blend of motion and stillness the instruments imply. To enhance their communications Philippa Davies and Richard Hosford faced each other, and their control of phrase was admirable throughout. The last of this Carter trilogy was Mosaic, a commission from the Nash in 2004. An intricate construction of short phrases, it is designed to highlight the harp as a memorial to a good friend of the composer’s, Carlos Salzedo. The piece uses some striking techniques for the instrument that Lucy Wakeford was fully equal too. Complementing these is a septet of flute, oboe, clarinet, string trio and double bass. It’s an impressive work.

Since neither Birtwistle nor Carter could be said to be ‘tonal’ composers, it was a shrewd move to place Shaker Loops in the middle of their work. John Adams’s composition starts off in the purest C major, before taking flight during the germination of its themes. This substantial work, based on an ecstatic religious dance, celebrates physicality with mechanical precision – machine music with an essentially human element. This was more obvious in this use of Adams’s version for string septet, for the players had nowhere to hide with their obsessive figures, and there were occasions where page-turning necessitated quick breaks in the music. This was not detrimental to the overall impact, though, the music progressing both logically and ecstatically. The spell having been cast early on, Shaker Loops belongs in the higher echelon of minimalist writing – for when the sounds died away at the end in physical form they remained dancing in the mind long afterwards.