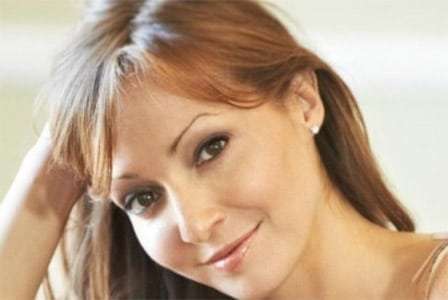 This lunchtime concert was recorded for broadcast on BBC Radio 3 as part of “Ravel Day” on Friday 7 March when the station will explore the composer’s output. Ravel himself played at Wigmore Hall on several occasions (or the Bechstein Hall as it was then known), his first appearance taking place in 1909.

The Nash Ensemble began with the Sonata for Violin and Cello, a lesser-known work begun in 1920 as a single movement tribute to Debussy, but fleshed out into a substantial four-movement piece. Marianne Thorsen and Bjørg Lewis were very closely attuned in this fine performance, though they did begin a little tentatively. The first movement grew in strength, and the full-bodied multiple-stopping implied far bigger forces than just the two instruments. Lewis’s walking bass in the scherzo was particularly well done, suggesting jazz drifting through an open window, while a gradual tightening of intensity in the slow movement led to a pained outburst, fully reflecting Ravel’s remark that “the music is stripped down to the bone”. Relief from this was found in the rustic finale, the two players impressive in their mastery of the many techniques demanded by the composer.

Chansons madécasses was commissioned by Elizabeth Sprague Coolidge in 1925 for the very specific combination of mezzo-soprano, flute, cello and piano. Ravel responded with typically imaginative and economic writing, though the subjects of the three chosen poems by Évariste-Désiré de Parny differ wildly. ‘Nahandove’ and ‘Il est doux’ (It is sweet) are softly focussed and more than a little steamy in content. Clara Mouriz created their rarefied atmosphere with a slight husk to her voice. The full tones were complemented by Lewis’s sinewy cello in ‘Nahandove’, who then duetted beautifully with Philippa Davies in ‘Il est doux’, where Ian Brown was a model of restraint. Most affecting, however, was the alarming call of ‘Aoua!’, which warned “Méfiez-vous des blancs, habitants du ravage” (Beware of white men, dwellers of the shore). This was a pertinent choice for Ravel, referring directly to a Moroccan chieftain rising up against the country’s French rulers in 1925. Mouriz was particularly stern here, the instrumentalists setting an ominous and compelling scene.

Completing the concert was the Piano Trio, in its centenary year. This performance served a reminder of what an incredibly responsive pianist Ian Brown is, his contributions full of the subtleties and attention to detail that gives Ravel’s music its essential light and shade. The dappled opening had just this and Marianne Thorsen’s second theme was given the right sense of aching nostalgia. The scherzo was a full blooded utterance, brilliantly played. The ‘Passacaglia’, meanwhile, took its time to grow, Brown’s low-register left-hand shaping seamlessly into Lewis’s yearning cello melody, and when the string-players were alone it was if they were singing ancient polyphony. The finale, beginning with shimmering harmonics, was truly Animé, surging forwards irrepressibly to a triumphant burst of fanfares, though tinged with a hint of dread – the anticipation of World War One impossible to ignore.