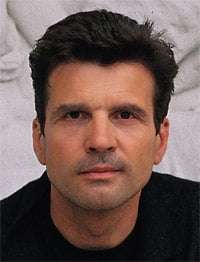 Continuing the Nash Ensemble’s “Around Schubert” series, with characteristic precision and lightness of touch, Ian Brown swung Marianne Thorsen and Paul Watkins into the accompaniment Beethoven wrote for five Folksongs. As with the other 163 of these arrangements, George Thomson – civil servant, amateur musician and song-collector, based in Edinburgh – had sent Beethoven the melodies, but not the words, so that the great man could earn himself a crust or two. Each stanza has necessarily the same lilting, perky accompaniment – whatever the words and content. Wolfgang Holzmair was therefore not in a position to vary his rendition of the vocal line. (In any case, he sang with score carefully positioned and pedantically, as if uncertain of the text.) This was Hausmusik: performers gather round the piano in the parlour. In the concert hall, it was all quite charming, but rather monotonous and character-less.

The piece by Moscheles, from 1833, was somewhat the same – pleasant enough, but not engaging the attention. With seven appropriate performers in the household, this Grand Septet could be a pleasing enough way of passing the time.

Moscheles earned his living as a piano virtuoso. The Septet has a correspondingly predominant piano part – which Brown executed with characteristic aplomb. Hummel’s mantle is draped over a nearby chair: the movements are graceful, well-turned, ingratiating, yet rather work-a-day. Essentially, the work is a piano quartet with additional parts for clarinet, horn and double bass. Richard Hosford’s clarinet gave the work an enlivening touch; Richard Watkins’s horn appeared more sparingly and the double bass merely accompanied.

David Matthews’s arrangements of the 6 Heine settings from Schubert’s “Schwanengesang”, grouped together as a song-cycle in their own right, came as an almighty great shock. Schubert’s dark and lugubrious side came to the fore. While Matthews kept faithfully to the structure and flow of Schubert’s original piano accompaniment, his action in giving it a much more varied instrumental colour turned the throbbing torment into something formidably bleak and harrowing. The songs gained power and threat. Holzmair’s tone darkened appropriately – and his rather unvarying style of singing became a telling advantage. A world of sinister forces seemed to prepare the ground for Wagner’s Alberich. Was this alteration and augmentation of Schubert’s original justified? Broadly, yes. Matthews gave Schubert fuller expression than the piano accompaniment could convey, powerful as that was, indeed.

The Piano Trio in B flat returned us to sweetness and light – a thing of melodic beauty and lilting enchantment to send us happily home, knowing that there was not a cloud in Schubert’s sky. Thorsen and Watkins joined Brown in celebrating this world without a care. Even Watkins’s much-evident vibrato in the slow movement avoided sounding tremulous, by a hairsbreadth.