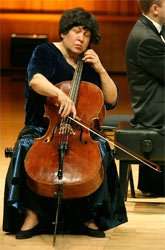 As originally advertised the prospect of four Beethoven sonatas – the complete set for piano and cello except for Opus 69 – played in order appeared a little daunting. Both of the Opus 5 sonatas are expansive works whereas the two of Opus 102 are far more compact. Very sensibly, therefore, the programme was re-ordered to combine an early and late sonata in each half, a much more varied musical diet, not that it would have mattered given the sheer quality of Natalia Gutman and Elisso Virsaladze.

Natalia Gutman’s London appearances are all-too-infrequent. Quite unequivocally, despite her relatively low profile as a recording artist, she is one of the truly great cellists. In Richter’s Notebooks he refers to playing Britten’s Cello Sonata with Rostropovich “and later with that extraordinary musician Natasha (sic) Gutman, one of the people with whom I have derived the most pleasure from making music”. She played this entire evening from memory. Her regular partner Elisso Virsaladze, a one-time Tchaikovsky Competition winner and former pupil of Heinrich Neuhaus, is far more than an accompanist. Not the least of the evening’s pleasures was the sense of a real partnership of equals and enabling them to play with the sort of freedom and spontaneity most pairings can only imagine.

The Sonata in G minor – an unusual key for Beethoven – with which the programme opened is the most discursive of the sonatas, the opening movement alone lasting around 20 minutes. Gutman and Virsaladze immediately seized one’s attention with some particularly pregnant pauses in the Adagio sostenuto introduction, as well as through Gutman’s glorious legato playing, whilst the main body of the movement, taken here at a real Allegro molto, brought some of the most propulsive pianism imaginable – Beethoven’s piano parts in both the Opus 5 sonatas are extraordinarily demanding and Virsaladze met the challenge head-on with her joyous fleet-fingered playing. 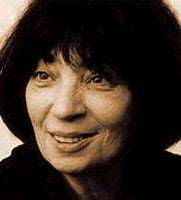 In Opus 102/Number 1, Beethoven on the cusp of his late style, the duo found a ruminative quality to its introduction, underling the distance travelled since the early work, whilst the movement’s main body and the Allegro vivace finale brought an exceptional richness and Heft. Speeds were consistently fast but such was the buoyancy and crispness of articulation that there was never any sense of rush.

Even finer was the recital’s second half. In some hands the first Opus 5 Sonata can outstay its welcome. Again Gutman brought an arching cantabile to its introduction but cannily chose a marginally moderate tempo for the bulk of the movement, varying the perspectives and finding a subtly different tone of voice for the whimsical second subject. Far from outstaying its welcome this duo brought an almost orchestral power to the movement, precisely locating the brief moment of stillness before its close; the Allegro vivace finale finds Beethoven in lilting Celtic mode and drew the most joyously exuberant response.

Equally impressive, in a very different way, was the second Opus 102 sonata with the duo giving full value to its abrupt discontinuities and in the Adagio, the only full-scale slow movement amongst all the sonatas, its full emotional weight – the central section rightly sounded as though it came from another world.

With their combination of polish, exuberance and insight, these were emphatically the best performances of these works it has so far been my privilege to hear.