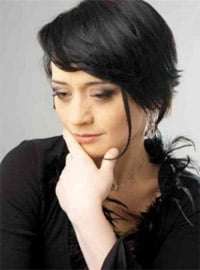 A Norwegian pianist of Russian origin, Natalia Strelchenko clearly thrives tackling music of ferocious technical difficulty – a previous Wigmore Hall recital included Rachmaninov’s Second Sonata – and this programme was nothing if not ambitious, taking in those twin peaks of the piano repertoire Gaspard de la Nuit and Liszt’s Dante Sonata, with Thalberg’s Fantasia on “God save the Queen” thrown in for good measure.

However the Ravel first half seemed a distinctly curious choice for this particular artist. Seldom can Ravel have sounded quite so far removed from the composer sometimes described as the musical equivalent of a Swiss Watchmaker. In fact, the opening of Le tombeau de Couperin, Ravel’s hommage to six friends lost in the First World War, sounded more like Liszt’s Jeux d’eaux à la Villa d’Este (also part of Années de Pèlerinage) through French eyes. This full-blooded playing was the very antithesis of that demi-sec under-pedalled French Conservatoire style. Although undoubtedly there were some beautiful sonorities, both the ‘Forlane’ and the ‘Rigaudon’ were decidedly slow (the ‘Rigaudon’ on occasion explosively forceful) whilst the concluding ‘Toccata’ was strangely literal, sounding like a dry run (albeit in slow motion) for the finale of the to-come G major Piano Concerto.

Following on immediately, Gaspard de la nuit seemed unusually close to the idealised soundworld of Le tombeau de Couperin. Sinister menace in ‘Le gibet’ and the flickering, eruptive volatility of the goblin ‘Scarbo’ were both in short supply. For all the sound and fury, Strelchencko seemed to treat the work as a series of études rather than three sketches reflecting the mysterious poems which were Ravel’s inspiration. Where many pianists struggle in ‘Scarbo’, Strelchenko can actually play this music but – frustratingly – she didn’t have much to say about it, over-playing its pauses and failing to generate sufficient momentum at the close.

Thankfully the recital came fully alive with Sigismond Thalberg’s riotous Grande Fantaisie on God save the Queen and Rule Britannia (to give it its full title). Born the year after Liszt, Thalberg was one of that great line of 19th-century piano virtuosos and his bone-crunchingly difficult Fantasy was, as it were, swallowed whole by Strelchenko (actually we heard its final section again as one of her encores). An unashamed crowd-pleaser, it also includes “Rule Britannia” so it would make an entertaining alternative on the Last Night of the Proms.

The Clementi Sonata continued the link with England (he lived at 128 Kensington Church Street). Like Horowitz or Pletnev and their affinity with Domenico Scarlatti’s sonatas, Clementi’s works seem to have lived-on in the Russian piano tradition although it has to be said that, festooned with decorations and given the full late-Romantic treatment, on this occasion his F sharp minor Sonata hardly sounded like the work of a man born in 1752. Still, with its quirky Presto finale sounding like early Beethoven, it was hugely entertaining, albeit occasionally rhythmically wayward.

The evening’s undoubted highlight was Strelchenko’s account of Liszt’s ‘Dante Sonata’, in many ways the most remarkable of the Années de Pèlerinage where Liszt’s instinct for self-dramatisation takes a backseat to music saturated with conflicting emotions: despair, tragedy, hope and – finally – victorious love. Living dangerously (living sensibly is hardly an option) Strelchenko was finally at one with the music and gave a spellbinding, no-holds-barred account. Would that she had played more Liszt – or Schumann, a composer that with her warm sonority Strelchenko is beautifully equipped to play. Besides the reprise of the Thalberg, the encores also included a Chopin Nocturne – serene and beautifully voiced – and a perpetuum mobile number.