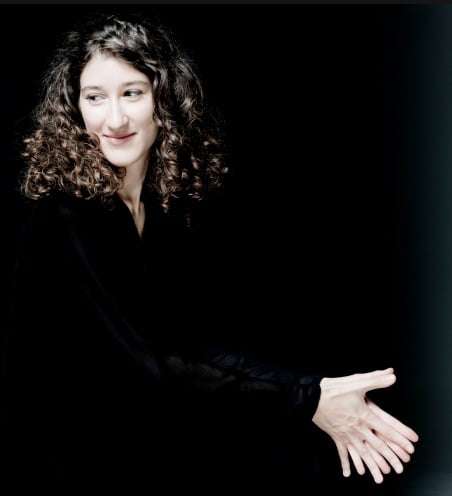 The French twenty-one-year-old Nathalia Milstein won the triennial Dublin International Piano Competition in 2015, and this Wigmore Hall recital was part of her bounty. In a recent Radio 3 interview, she came across as articulate and intelligent, and her ethereal, pre-Raphaelite stage presence makes an attractive contrast to her sturdy, musical and thoroughly grounded playing, projected with commendable directness.

Performances of Haydn’s lovely F-minor Variations often don’t venture far beyond a formulaic, neo-Baroque conceit of alternating minor and major, but Milstein gave the set a far-ranging resonance shot through with a beautifully judged Romantic melancholy. She kept the Theme’s inclination to droop under control and played the decorations and trills with a stylish and astute awareness of their expressive worth. It was the element of surprise and fantasy, though, and Milstein’s insight into how the music expands in stature that stays in the memory.

Given the warmth and breadth of her playing, it wasn’t such a wrench from the deceptive decorousness of the Haydn to the subjective turmoil of Schubert’s imposing C-minor Sonata, but Milstein’s impulsiveness here paradoxically got in the way of dramatic extremes rather than liberated them. I also had misgivings about some pulverising fortissimos, which sounded out of synch with her otherwise considered approach to colour and attack, and occasionally she could have held her bigger guns in reserve to greater effect – although I had no problems with the dourness she added to the music’s bleakness in the first movement’s exposition repeat. The harmonic wanderings that take the Adagio into ever remoter realms were powerfully realised, but again, especially given Milstein’s overall integrity and engagement, it was sometimes difficult to follow Schubert’s narrative.

The way into Rachmaninov’s piano music, for me, proved to be the Etudes-tableaux, and Milstein’s account of Opus 39 refreshed that conviction. These nine pieces juggle many aspects of genre and technique while keeping faith with Rachmaninov’s default introspection, and this also seemed the guiding principle behind Milstein’s astonishingly mature and complete reading of music that suits her temperament. Balance, colour and momentum emerged from her accomplished virtuosity with spellbinding immediacy – the compulsive ‘Dies irae’-style ruminations in No.2, the virtuosic lift-off towards the end of No.6, the galvanising rhythms of No.3 and the blistering tragedy seeping out of No.7 all leapt off the page. Interestingly, her two encores, a Chopin Mazurka (Opus 50/2) and Liszt’s Valse oubliée No.1, rather than relax, kept up the same level of intensity. Nathalia Milstein’s talent is clearly to be nurtured.