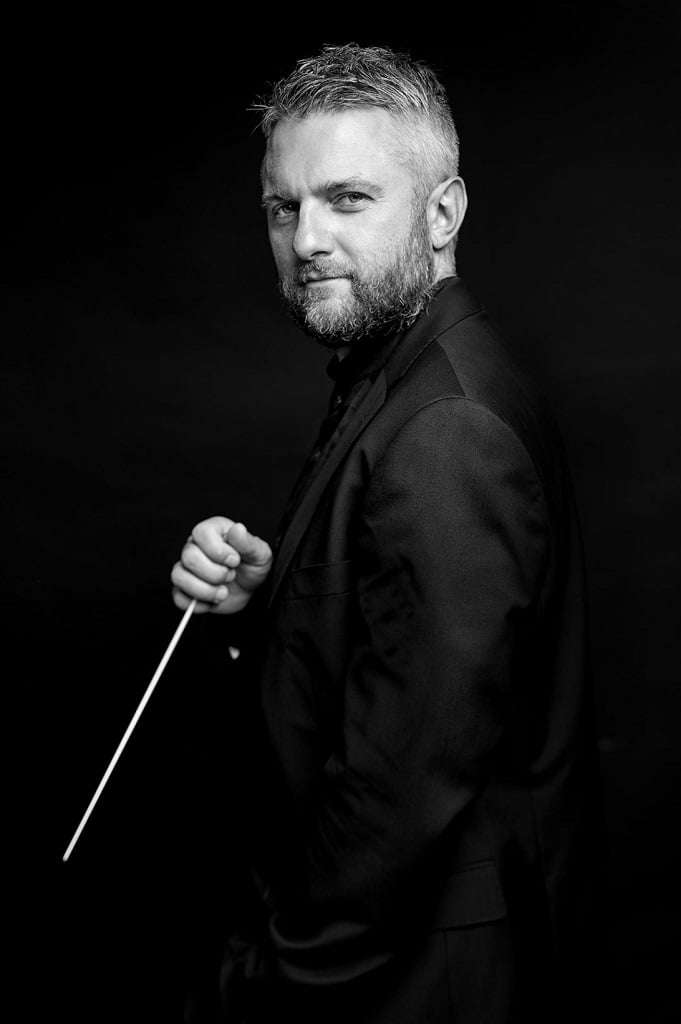 Trust the National Youth Orchestra of Great Britain to throw down a musical gauntlet to its professional peers like a New Year Resolution writ large. In this intriguingly programmed and invigoratingly performed concert, with Kirill Karabits, the 164 players gave the best possible musical start to 2019: a blast of orchestral excellence. The fact that none of the NYO members is older than eighteen is as amazing as it is salutary.

The NYO was sixty last year and is looking to the future by attempting to subtly reinvent the nature of concert-going – the current tour’s title “State of Flux” reflects that; and the concert’s first half was a case of the musicians putting their money where their mouths are. The opener was Rick Dior’s Science Fiction – originally for twelve percussionists and electronics but here in a new arrangement for eight percussionists and the massed woodwinds and brass – with the instrument-less string players entering the stalls down the aisles at the end, first to clap rhythmically and then to intone a chordal drone. Most prominent of all is the film accompaniment intercutting a host of 1950s’ sci-fi movies, mostly black and white and heralded by an even earlier masterpiece – Fritz Lang’s Metropolis.

The piece revels in the B-movies of the period that preyed upon audiences’ fears of the unknown – perhaps bizarrely an escape from the Cold War and the nuclear-arms race which was an ever-present factor outside the cinema. The sequence of stop-motion monsters and wobbly flying saucers was engaging in itself (I remember some of them), while the quick-moving score – led by the eight percussionists, each with a battery of instruments, one including a Theremin – evoked both the eeriness of outer space (and the ululating that was a musical moniker for it – though stopping short of using Star Trek) and the rhythmic battering which was always the aural sign of the alien destruction of Planet Earth. New to me were the giant scorpions, while the visual reference to Orson Welles and his all-too-realistic radio broadcast of H. G. Wells’s War of the Worlds pointed to the move the concert would make next.

To cover the elaborate stage change – removing eight percussion stations and re-laying the platform for the strings – the violinists and viola-players came back to line the aisles to give a “Musical Interlude” – which subtly morphed from rhythmic pulses of the mechanistic music we’d just heard into a couple of soaring themes from Sibelius’s Second Symphony.

The rest of the first half was given over to the real fears of the post-war era and the Cold War nuclear threat, in the form of John Adams’s Doctor Atomic Symphony, utilising themes and sections from his opera. Depicting J. Robert Oppenheimer in the run up to the first testing of his atomic bomb in the Nevada desert, Adams distils his stage-work into three seamless sections. ‘The Laboratory’: a mechanistic soundscape that quickly settles into surging string figures of ‘Panic’, notable for its stand-out (in that principal Lawrence Schofield stood up for it) trombone solo – replicating the vocal part for General Leslie Groves – before finally quietening for trumpeter Holly Clark’s adoption of Oppenheimer’s aria, from John Donne’s ‘Batter my heart, three-person’d God’. It was good to hear this music again – especially as convincingly masterminded by Karabits – after better acquaintance with the opera itself.

Following the interval, Sibelius’s Second Symphony sounded noble and organic. Karabits kept things moving, particularly in the slow movement. The Scherzo was notably fleet-of-foot and the Trio – with its aching oboe opening – never cloying. The transition to the Finale was effortlessly natural and the repeated scalic surges, for once, didn’t outstay their welcome. As a foil to the industrial rackets of the first half, this worked a treat.

The players come together again in early April for an American programme with Carlos Miguel Prieto.