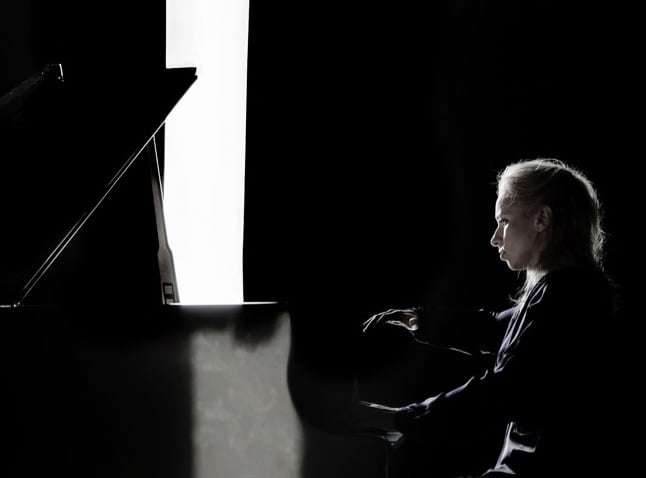 This fascinating concert began with a surprise item under an unannounced conductor: Suspended Between Earth and Air by National Youth Orchestra of Great Britain Principal Composer Lauren Marshall, conducted by one of the Orchestra’s cellists, Joshua Mock (also sixteen). We were told nothing about her work – which is just as well, for the title – implying an atmospheric piece – was as good an indication as any wordy programme note. In effect, this appeared as a bipartite composition, the ‘earth’ and ‘air’ elements clearly delineated, held by a simple slow pulse as if we were observing at some distance, rather than experiencing at close quarters, two wide panoramas ultimately joined, as it were, by a simple extended wind-group phrase, an otherwordly chorale before the Earth’s profoundly deep gravitational pull wound the music to a contemplative end.

The result is a short composition of no little compulsion: harmony, counterpoint, rhythm, melody and development are absent, but Lauren Marshall clearly possesses genuine textural imagination which she is unafraid to use on its own terms, resulting in music that exerts a curious fascination. Joshua Mock had little to do other than beat time, but in a quasi-post-minimalist score such as this the players needed a secure hand with which to touch base.

Brett Dean’s Komarov’s Fall (2006), suggested by the death of the first cosmonaut in space (his rocket failed on re-entering the Earth’s atmosphere fifty years ago), also has the virtue of brevity, but one might question whether the vast orchestra the composer asks for is wholly necessary, despite his resultant score relying almost entirely on colouristic effects, as a contrivance without growth, and therefore not appearing to be a natural consequence of musical movement. 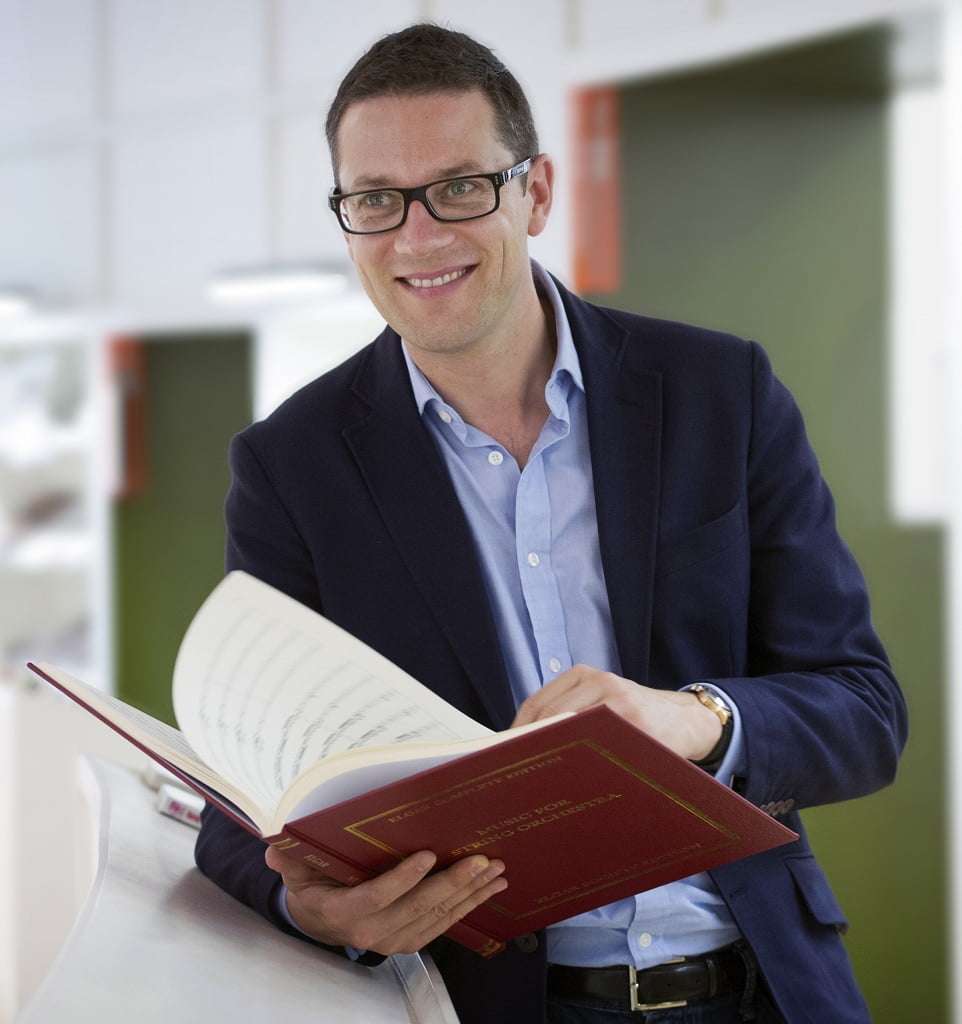 One has to say it was rather odd to begin this concert with works both concerned with events between Planet Earth and the stratosphere, but whereas Lauren Marshall’s score evokes ambience in compelling fashion, Dean’s music, as if accompanying a film documentary, relies entirely upon colour. Within that constrictive parameter, Komarov’s Fall is effective enough, and it may well be that Dean ends it at the right time before we begin to expect some coherent musical thought, but one might hope for a few memorable melodic or original harmonic ideas rather than succumbing to any emotional blackmail engendered by the subject-matter.

Komarov’s last moments were recorded on tape, cut off as he approached his imminent death and his rocket’s destruction. A sudden cut-off virtually ends Dean’s score – after which a series of very quiet noises close it. With regard to the purely musical content, a piece – such as this – that fails to come to a meaningful conclusion means that the composer tells us nothing we either don’t know or can imagine for ourselves: in other words, colours growing as hopeless fear – as in a Hammer horror film, when a character gradually realises the other person in the room is a vampire. Dean’s writing is assured and may be technically rewarding for the players, but the audience is left metaphorically hanging in the air.

Karol Szymanowski’s Fourth Symphony of 1932, for piano and orchestra, is dedicated to Arthur Rubinstein (he made the first recording) who told me that he struggled to interest conductors in the piece, although the number of performances he gave in the United States was not insignificant. In some ways one can sympathise with those conductors’ initial reluctance, for, despite the inherently fine musicality of the work, I have always found it to be less individual than some of Szymanowski’s earlier music – the Violin Sonata and First Violin Concerto for examples. 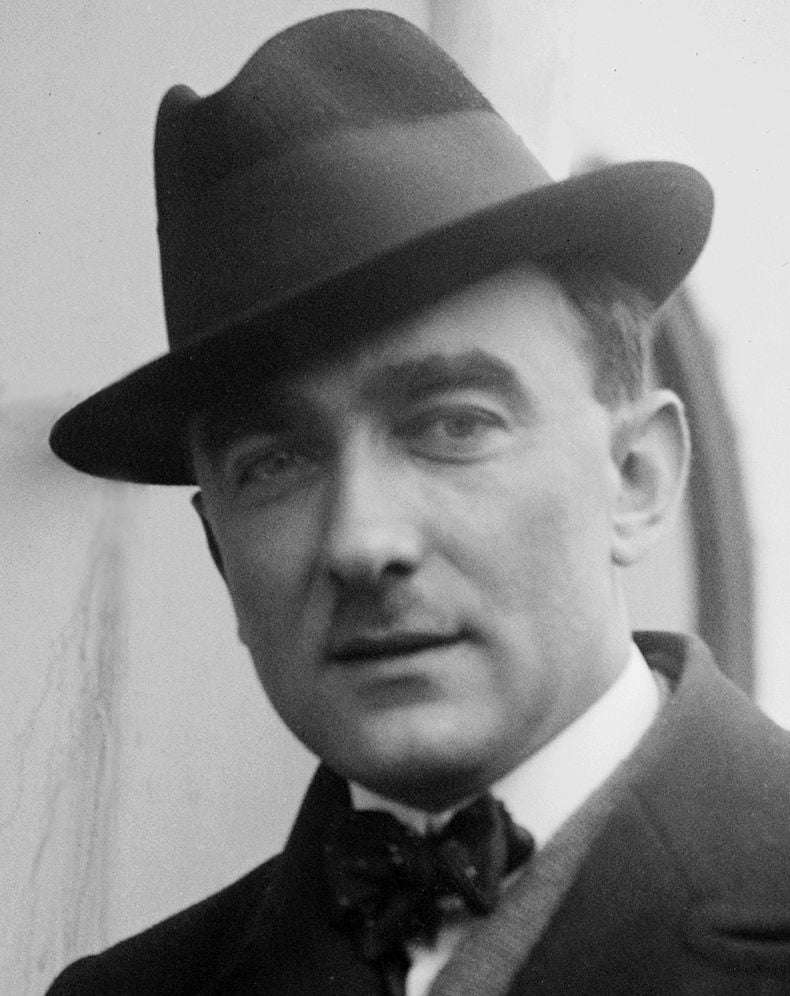 But a score of this inherent nobility and stature was certainly an excellent choice for the NYO, and with Tamara Stefanovich a commanding and wholly accomplished pianist, this was a compelling account of a work which ought to be heard far more frequently. It was magnificently played and outstandingly well partnered by John Wilson and the Orchestra – ensemble especially – and one hopes this account will win new admirers for a superb composer.

And so to Rachmaninov’s Second Symphony, given with an instrumental strength such as must have played the work at its premiere in 1908 under the composer. The NYO’s string strength was founded upon eighteen cellos and eleven double basses – with the rest of the Orchestra equally fully maintained (though in this work the four harps we had in the first half were not required). The result was of magnificent richness and depth – perfect for this masterpiece – and it is a measure of Wilson’s compelling technical qualities that he had every one of the one-hundred-and-fifty musicians at the end of his stick.

But it was Wilson’s musical qualities that directed a performance of the greatest insight and compelling artistry, this great masterpiece being given absolutely complete, including the structurally vital first-movement exposition repeat (it was not included the night before in Birmingham, as broadcast: Ed) and without any of those infuriating inauthentic accretions which various conductors have made over the years.

Wilson’s tempos were exceptionally finely judged, and his command of the long first movement’s structure was deeply impressive: I have not heard a finer or more penetrating account of it in more than sixty years of concert-going. The Scherzo was equally brilliantly judged and played: these young musicians were in their element, Wilson judging the difficult changes of tempo admirably. The heartfelt slow movement was enhanced by a finely-played clarinet solo by Andrei Caval. Wilson’s control was so affecting; everything perfectly in place, before launching the brilliant Finale in similarly excellent style. In mentioning individual players, the very gifted principal horn Olivia Gandee was exceptional.

The result was a performance of notable distinction; outstandingly gifted teenagers participating in a performance they will never forget. Neither will I.