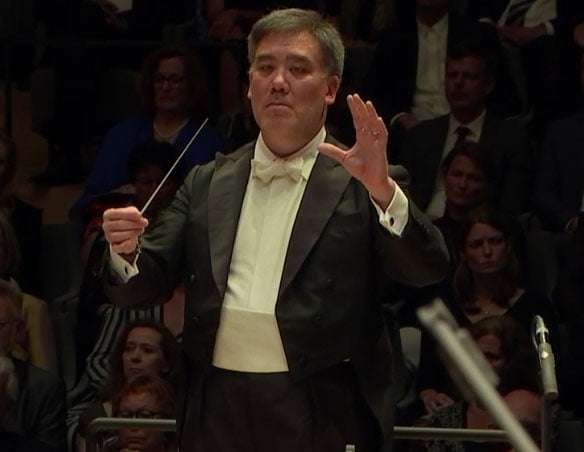 It’s not often that Brahms’s First Symphony opens a concert – although there are precedents from Ashkenazy, Maazel and Masur (other conductors too no doubt) – which here signalled Alan Gilbert’s first appearance as Chief Conductor of the NDR Elbphilharmonie Orchester. It was a spacious and sonorous performance – from C-minor tragedy to C-major triumph – the doom-laden opening (funereal timpani strides) giving way to significant reflection and then an Allegro exposition (not repeated) notable for its marriage of trenchancy and flexibility as well as developing a range of intensities. Gilbert didn’t indulge the slow movement, nor did he short-change it; rather its intimate flow was caught eloquently and with some personable woodwind (including horn) and violin solos along the way, followed by an Intermezzo of easygoing but not slack gait. With an attacca into the Finale, a feeling of impending resolution was already apparent – via powerful double basses (nothing chamber-size here), mountain-range-calling horns, noble trombones – into a momentously moulded ‘big’ tune, the movement as a whole measured but sure of itself, and glorious in the home stretch (Gilbert just about getting away with broadening for the chorale!).

Prior to Leonard Bernstein’s ‘Jeremiah’ Symphony, the seven-minute Frontispiece by Unsuk Chin (Elbphilharmonie Orchester’s composer-in-residence), ethereal chimes and plunks forming into a witty energy with a few deliberate allusions to other pieces woven in, not least the Ives to come, a transitory moment of inquiring; otherwise a high quotient of vitality and colour. The Bernstein, an early (1942) example of his genius, paints many pictures. Gilbert found an expressive urgency in the first movement, lamenting and railing, and climactically Biblical as a Cecil B. DeMille widescreen. The Scherzo scintillated – feet on hot coals – although the horns were a little shy when whooping it up in their highest register, until lyrical generosity anticipating West Side Story turns up, glowing here. In the ‘Lamentation’ of the Finale, Rinat Shaham (replacing Kelley O’Connor) brought an operatic dimension to proceedings, her declaiming giving way to solace and some sort of hope, if troubled; ambiguous final chord. 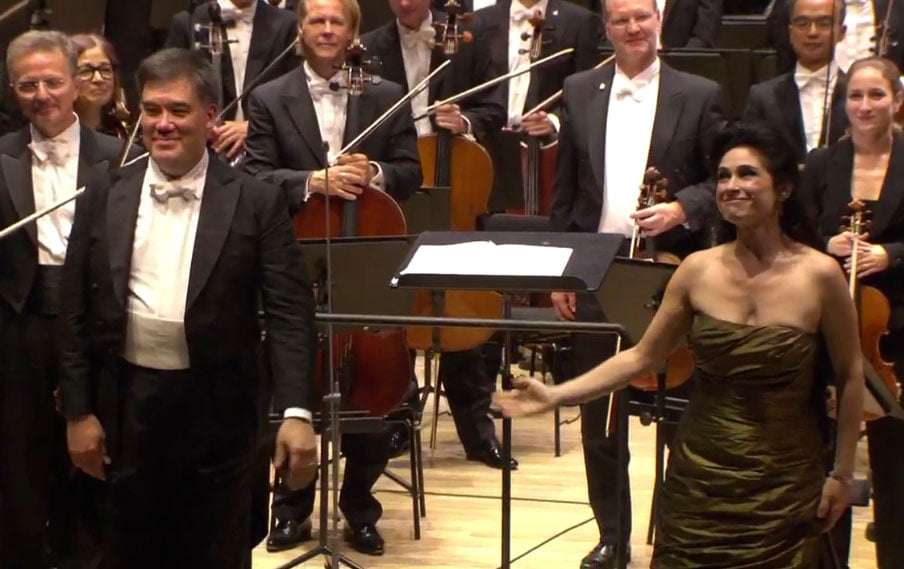 A Big Question was being asked by Bernstein, yet none more so than by Charles Ives, to be forever Unanswered. To open the concert’s third part, in virtual darkness, hidden mystical strings, an earnest/wondering trumpet, and four increasingly garrulous flutes … but a black mark to those in the audience who coughed so rudely, and made other noises… and then, with the players restored to the stage, Amériques by Edgard Varèse, a Frenchman in America, a wall of sound, a theatre of urban noises (including sirens) contrasted with Impressionistic brushstrokes and cataclysmic eruptions. We weren’t told which version was being used but I believe this was the 1927 revision (the orchestra remaining very large, just not as huge as the 1921 original, launched by Stokowski in Philadelphia); anyway there was no contrabass clarinet or the Schoenberg and Stravinsky references that were removed. Conjecture apart, there was no doubting this tremendous outing (you probably don’t need antiphonal violins for Amériques but Gilbert stuck with his Brahms layout) – precise, thrilling, and a suitably blockbuster conclusion to an ambitious programme (played again on the Seventh) carried off with unstinting flair.

The broadcast picture and sonic presentation were excellent