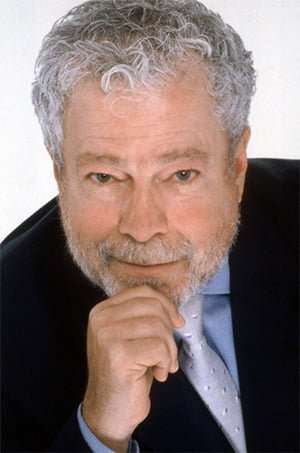 When an artist approaches the age of 70, it may seem unusual to mention that he was a child prodigy. In the case of Brazilian Nelson Freire, it was during those early years that the foundation was laid for his intensely personal and expressive style of playing. At the age of seven he joined the studio of Lucia Branco (a student of a student of Liszt) and her assistant Nise Obino. They based their teaching on tone, thus opening up the incredibly rich palette of sound for their student that is a hallmark of his pianism.

During the opening Prelude by J. S. Bach, as transcribed by Alexander Siloti (1863-1945), Freire created the illusion of changes in registration – as one would hear in the original version for organ – yet the music’s long line and even flow were never disrupted. Freire not only has total command of detail, but also of structure. In ‘Jesu, Joy of Man’s Desiring’ (arranged by Myra Hess, 1890-1965) his voicing was exquisite, the melody in the foreground, but still integrated into the surrounding texture, which unfolded as naturally and ‘simply’ as one could wish for.

An elegant and calm performer, Freire masterfully elicits the maximum of color, atmosphere and character without resorting to theatrical gestures, or any other kind of showmanship. He draws the audience into his world, allowing us to share his communion with the piano. Occasional coughs seemed unusually loud, only because everyone was so utterly quiet and attentive. Moving seamlessly from Bach to Brahms’s Piano Pieces, Freire progressed from a subdued reading of the B minor ‘Intermezzo’ to its lilting counterpart in C minor, then the playful one in C major and finally the E flat Rhapsody – magisterial, but never pompous. The eight selections from Prokofiev’s Visions fugitives (20 in number), highly expressive miniatures, were each characterized on their own terms, including a witty ‘Molto giocoso’ and a most delicate ‘Poetico’. Granados’s ‘The Maiden and the Nightingale’ had been programmed to open the recital’s second half, but the audience applauded so enthusiastically that Freire played it right there and then, which worked well, providing some contrast.

With Chopin we returned to Friere’s intimate world, again a paragon of tonal beauty, carefully weighted balances, and nuanced phrasing, and his fluid, subtle touch was even more in evidence. The Ballade remained transparent and warm, even at its vigorous conclusion, while the Berceuse sounded almost improvisatory. The ‘heroic’ A flat Polonaise was energetic rather than portentous, the fiendish left-hand octaves tossed off with uncanny ease and sustaining forward impetus without attracting attention as a virtuoso accomplishment. And even when reaching top volume, the instrument’s timbre never turned harsh. Freire is one of the grand masters of the piano. After practically holding its collective breath throughout, the audience gave very vocal expression to its appreciation of Freire. In response to ecstatic applause this superb and shyly beaming musician gave two encores, Chopin’s D flat Nocturne (Opus 27/2) and Villa-Lobos’s A Lenda do Cabocio (The Legend of the Native).