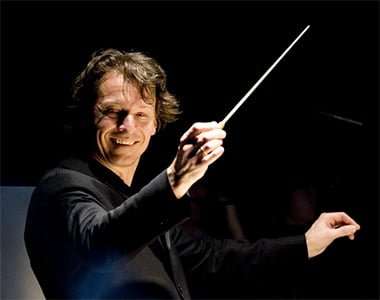 With this program, of two popular romantic works, Marc Albrecht is beginning his third season as Chief Conductor of the Netherlands Philharmonic Orchestra, which was formed in 1985 through the amalgamation of three ensembles.

Isabelle Faust gave an engaging performance of Brahms’s Violin Concerto. Following the orchestral introduction, with beautifully blended strings and penetrating woodwinds, Faust entered at a rather fast tempo, setting a pace that was generally continued throughout the work. In lyrical passages Albrecht kept the orchestra in fine balance, allowing the fairly light sound of Faust’s ‘Sleeping Beauty’ Stradivarius to shine through. She was able to muster considerable force, however, when the music took on a greater sense of urgency, her playing dazzling with pyrotechnic virtuosity. In the Adagio, introduced by Toon Durville’s excellent oboe solo, Faust’s violin, echoed by horns and woodwinds, sang out sweetly, sparkling in its upper register and rich in tone at the bottom. The finale captured the spirit of Brahms’s marking of Allegro giocoso, with Faust’s glowing tone and march-like staccato emphasizing the music’s gypsy essence, the orchestra contributing loud and emphatic tutti passages. 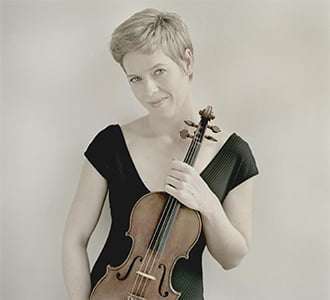 Following the performance, as Faust ascended the long stairway above the Concertgebouw’s stage, she paused to acknowledge timpanist Peter Elbertse, who had accompanied her in Busoni’s first-movement cadenza. Then she offered a spellbinding encore, the ‘Sarabande’ from J. S. Bach’s D minor Partita (BWV1004).

After intermission came one of Anton Bruckner’s most popular works, his Seventh Symphony. Although the printed program was entirely in Dutch, I could ascertain that it did not specify the edition used, nor did it so much as mention either Robert Haas or Leopold Nowak, the editors whose versions are most often performed. Albrecht’s inclusion of a cymbal clash, triangle and timpani at the climax of the Adagio suggests that he used the Nowak, but it is possible that he simply added that flourish of percussion to Haas’s edition.

The Symphony proved an excellent showpiece for Albrecht and the orchestra. The warmly resonant cellos soared over soft violin tremolos to introduce the opening theme, the woodwind choir was excellent, and the horns and brass brought enormous power to climactic passages, with resplendent trumpet fanfares. Albrecht ably managed the movement’s shifting moods, and in the extended coda, as woodwinds and brass played above persistent string tremolos, he steered it to a brilliant and harmonically satisfying conclusion. The focal point of the performance was the monumental Adagio, which Bruckner began composing with the ailing Richard Wagner in mind, and completed as a kind of memorial to him after his idol’s death. This is immediately driven home by his beginning with four Wagner tubas and a contrabass tuba. They softly intoned the opening theme and then handed it to the gorgeously blended string sections. The movement is marked by intricate byplay between strings and tubas, which are joined at times by the rest of the brass and horns. At the great climax Albrecht kept the percussion from overwhelming the rest of the orchestra – probably a good thing – but causing one to wonder whether it was worth having two musicians on the stage for over an hour for such a fleeting and almost subtle contribution. The music moved solemnly to its conclusion, with delicate pizzicatos accenting a sustained soft brass chord. The scherzo was taken, as marked, very fast with the principal theme on trumpet and the persistent strings seeming to propel each other forward. The relentless pressure was relieved only by the trio, introduced by timpani beats and featuring long-held notes in the strings that create a rather rustic atmosphere, with effective contributions from the trumpets adding a regal touch. The finale began merrily, but grows in complexity and took on an aura of grandeur as it progressed. Albrecht brought out much variety of rhythm, dynamics and timbres, the orchestra energized and playing cohesively. The blazing coda capped off a most compelling performance of this passionate masterpiece.