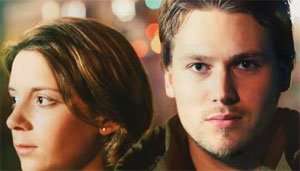 The latest project of New Noise combined the new with the not-quite-so-new, featuring works by three of the current generation’s composers alongside works by three stalwarts of the one that influenced them, which made for an interesting and varied evening.

The concert opened with Iannis Xenakis’s Okho (Triplets), the last of his works for percussion ensemble, scored for three djembe. This was an excellent ‘overture’, allowing Joby Burgess, Richard Benjafield and Scott Wilson to set a tone of energetic enthusiasm that lasted throughout the concert. Although ensemble wasn’t always clear enough to bring out the full excitement of some passages, the performers’ evident enjoyment of the piece was charmingly contagious.

The first of the evening’s newer works, Clark Nova, by Pedro Gómez Egaòa proved disappointing. The programme-note informed that Clark Nova is inspired by David Lynch’s “Naked Lunch”, a somewhat mysterious claim since it was made not by Lynch but by David Cronenberg. Authorial confusion aside the work began promisingly, and Janey Miller’s breath noises, combined with some tasteful mood-lighting and ‘lo-fi electronics’, did indeed lend a certain surreal Lynchian air to proceedings; as Miller huffed and puffed and clattered her keys – without actually producing any notes – she seemed like something out of a David Lynch dream-sequence, a performer stranded, dramatically searching for her voice. Unfortunately, when she found it, it quickly became annoying. There is only so much variety to be had from an oboe; and the piece is let-down further by the composer employing a narrow spectrum of noises from percussion. While it may be fun and quirky to write a piece for bowls of water and music-boxes, the sad reality is that these things do not sound interesting for long: the boundary between meaningful experimentation and self-indulgent tomfoolery is maintained only by the suspension of disbelief and I couldn’t keep mine up.

Steve Reich’s Four Organs could not have been a bigger contrast – while Egaòa failed to sustain interest despite lighting, gimmicks, and highly theatrical performances, Reich proves that with just one chord and five almost-static performers he can create enough tension to drive an audience to despair. As Michael Tilson Thomas reportedly said of the premiere: “One woman walked down the aisle and repeatedly banged her head on the front of the stage, wailing Stop, stop, I confess!”. No such dramatics here, but the relief when the piece ended was palpable. Written in 1970 Four Organs was one of the oldest works performed at this concert, but it sounded fresh and exciting in a way that, 38 years from now, the newer works of this programme will surely struggle to emulate.

Kreuzspiel, opening the second half of the concert, was the other granddaddy item, composed in 1951 by the 22-year-old Karlheinz Stockhausen. Here the exuberance that marked the performances seemed to impede rather than empower the music. Many passages call for a more relaxed, subdued interpretation, and the nervous energy was out of place. Janey Miller’s tone was disappointing here – she had already amply demonstrated the oboe’s ability to sound like a duck in Clark Nova, and it would have been nice to have heard the more sonorous qualities of the instrument.

Grab, by Martin Parker, was the highpoint. Scored for bass clarinet, oboe, percussion and computer, the trio effectively became a sextet, with the computer semi-randomly sampling and manipulating each instrumentalist’s contribution to create another three voices. At its best this was very effective, producing some disturbing dialogue reminiscent of passages from Berio’s Visage. At its worst it sounded like the tape-loading sounds of a ZX-Spectrum. The work was never boring, however, and it also finally gave the flesh-and-blood performers a chance to shine – Burgess in particular let his hair down with some excellent solos, and there was fine playing from Richard Haynes on bass clarinet. A highly effective and enjoyable piece performed with considerable flair.

Donnacha Dennehy’s Fold provided a pleasing way to relax into the end of the concert, with the most-subtle use of ‘live electronics’. The interest here was maintained through the strange de-tuned effect of exploring an overtone series, and the effect was not unpleasant.