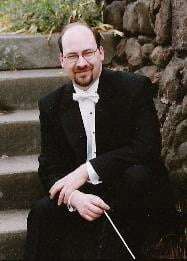 We live in an “X Factor” age where celebrity is king. Musically this has two pernicious effects. Firstly, audiences go to hear the performer – A’s Mahler, Y’s Brahms – rather than the music itself. Secondly, it has led to a stupefying blandness in programming as orchestra managements stay ever closer to the same round of mainstream repertoire in a frantic effort to avoid alienating audiences. Far from increasing accessibility, this represents a collective ‘dumbing down’, a race to the bottom. The New Queen’s Hall Orchestra emphatically bucks both trends.

Take a programme such as this, including an approachable new work, and when did we last hear a Rossini overture in a London concert, let alone Walton’s “Façade”, at one time his most popular work – “Façade is my first name”, said Walton.

The New Queen’s Hall Orchestra use instruments made around the 1900s – gut strings, narrow-bore brass and woodwind – and this altogether gentler soundworld pays particular dividends in music such as Rossini, with balances snapping into focus. With a modern orchestra the brass all-too-easily predominates and a fuller string section frequently muddies Rossini’s effervescent writing. Although premiered in 1813, “Il signor Bruschino – a brief buffo affair – only reached the United States in 1932 as a curtain raiser to “Elektra” of all things! Here, the excellent NQHO strings played with attack and clarity, and Christopher Hooker, the plangent first oboe (Rossini is a godsend to oboists), had a field day. The col legno desk-tapping – originally the violinists marked the bars by tapping their lantern shades rather than their desks, surely slightly perilous in the days before electricity – is a joke which like all good jokes wears slightly thin on repetition.

As for “Façade” the number of poems has long been something of a movable feast – at various times thirty or forty settings have been included in the canon – but as finally published, in 1951, the number (as with Schoenberg’s “Pierrot Lunaire”) was twenty-one. On this occasion we had a slightly truncated version of some eighteen numbers. Although much of Walton’s writing is a wicked send-up of contemporary music as it was then emerging in Paris and Vienna, much of it is nostalgic and throws an affectionate glance backwards to life as the Sitwells, its authors, knew it before the Great War.

Who better to present this confection than the comedy-duo, Kit & The Widow, heirs to Flanders & Swann and the first entertainers since Marlene Dietrich to be given their own show during the Edinburgh International Festival at the Lyceum. Balance has long been a problem with “Façade” and, here, despite amplification, one frequently had to struggle to hear the words. Originally the Sitwells used megaphones. However, as to the excellence of the individual contributions of the instrumental group, there was no doubt – superb clarinet solo from Nicholas Bucknall in ‘Through gilded trellises’ – or of the comic timing of the duo in the oleaginous ‘Tango Pasodoble’. “Just think of it as rap”, said one of the reciters at the outset. Before the main business of Beethoven’s Seventh, came Faith, a short piece by the appropriately named Andrew Divine (born in 1970). Faith was created using a synthesiser and orchestrated for the NQHO by Roy Moore. Faith is pastoral in mood, well-orchestrated agreeable music with soaring strings underpinned by a rich bass section, which, like John Rutter’s compositions, one could imagine achieving popularity in a variety of contexts.

Beethoven Seventh is a test for any orchestra, one which the NQHO passed with flying colours. Kenneth Woods is building an impressive CV with some intriguing recordings to be made, not least the symphonies of Hans Gál. Speeds were consistently well-chosen, not too fast in the first movement’s 6/8 Vivace (exposition repeat taken) to give a spring to the step, forward-moving in the Allegretto, well-integrated between the scherzo and trio and fully energised in the finale. Of particular interest were the natural balances between strings and woodwind, the latter not having to strain to be heard and the bass line frequently clarified by not having to struggle to be heard over the brass. Woods paid special care to dynamics, in the scherzo achieving a genuine diminuendo to ppp before the reprise of the Presto section and, at the other end of the spectrum, an impressive fff at the finale’s culmination. Fortunately this Gala concert – with the Duchess of Cornwall, the NQHO’s Patron, present – was recorded.