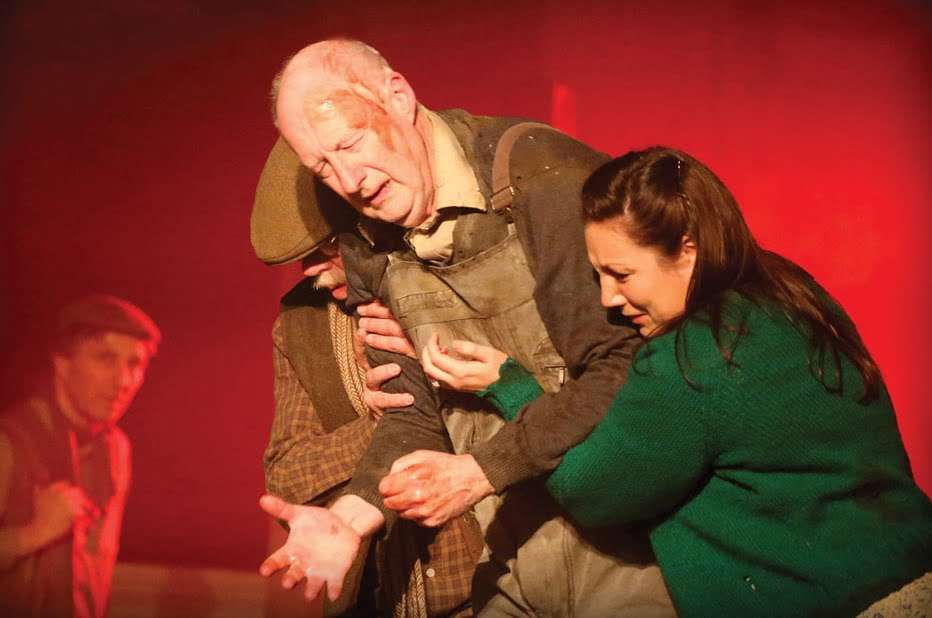 Opera among the Sussex Downs doesn’t necessarily mean Glyndebourne, but rather, on this occasion, the annual production of the well-established New Sussex Opera (based in Lewes), which has been on tour around the South East (including Cadogan Hall in London) with Delius’s seldom-staged A Village Romeo and Juliet, and ending up in Eastbourne, appropriately at the seaside in view of the watery ‘Liebestod’ to conclude the work.

Here it was presented in reduced scoring (for twenty-four players) by Lee Reynolds, which inevitably had an impact upon Delius’s original ‘large’ orchestration: it tended to reveal its skeletal underlying structure, and making the music sound more fragilely kaleidoscopic in terms of shifting timbres as the various instruments were more exposed in the way that they came together or collide, rather than combining more sumptuously to form the music’s rich harmonic sinews. Nevertheless Reynolds led a distinguished performance, starting out with a blustery, purposeful manner, and unfolding each scene with considerable sweep and brio, though the very final chords were a little untidy and caused them to lose tension. But the Kantanti Ensemble was also capable of sufficient volume of sound when necessary to drive the drama forwards, sometimes even doing a service to the production itself which was not always dramatically compelling – not least in the interlude between the final two scenes, ‘The Walk to the Paradise Garden’ (the local pub), where Sali and Vreli merely ambled around indecisively. Tom Pollock on horn (Delius scores for six) deserves particular credit for adding passion and sonority to that sequence, and elsewhere there was a particularly resonant sound from the lower instruments, such as cellos and bassoons, that made me wonder whether they were amplified. 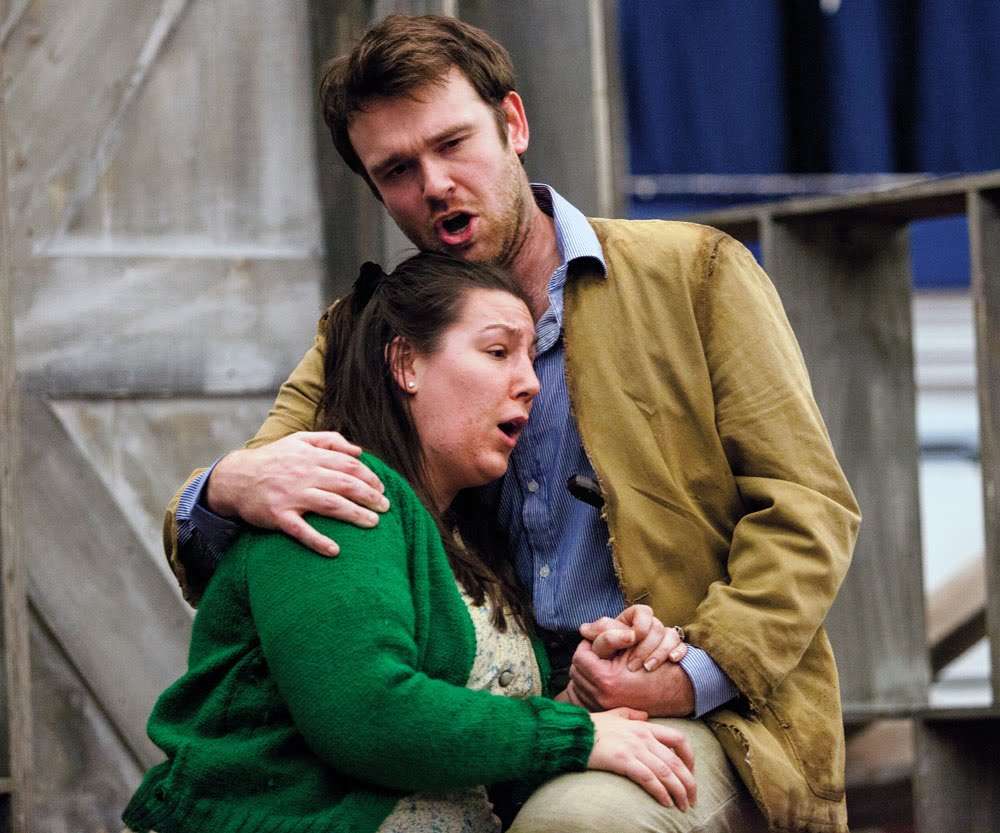 A Village Romeo and Juliet is an exploration of love uninhibited by social convention or expectation – hence the blossoming of Sali and Vreli’s relationship despite their respective fathers’ ongoing quarrel about a strip of land, and Sali’s violent attack upon Marti, Vreli’s father – and crucially it is played out squarely and evocatively within the realm of nature. Unfortunately the latter was, for the most part, fatally absent from Susannah Waters’s production: the action took place over an expanse of raised wooden boards, possibly suggesting, indirectly, the fields which Marti and Manz farm, but are otherwise plucked up from time to time, such as to delineate the boundaries and features of their respective houses. However, the lime-wash appearance of the wooden boards and neat grid of shelves and slats were rather too prissily redolent of Cotswolds Arts and Crafts workmanship than life amidst the elements.

Only the ominous and omnipresent presence of windmills implied that presence, with their sails turning periodically. The lovers lie down among the boards at the end as they drift away into oblivion, but there was no suggestion of water at that point – during the earlier ‘Walk’ had Sali simply washed his feet perhaps to hint at what is to come, and evoking the similar rite-of-passage in Parsifal when he baptises Kundry before proceeding to the Temple of the Grail. The dry-ice and Jai Morjaria’s atmospheric lighting certainly added a brooding presence to the drama, but made it seem too ethereal rather than pulsing with the forces of Life and Nature, and there was little sense of psychological development in the two central characters.

Happily the scene at the fair – surely recalling another Wagnerian precedent, the Johannisfest at the end of Die Meistersinger – bubbled with vitality in the choreography of the chorus, even if the contributions of the individual characters (sweet-vendor, lottery-seller, gun-man, and others) were somewhat weak. It would also have aided the production immeasurably had surtitles been available. The diction of even the best singers rarely comes across with complete clarity, and here the reduced scoring still frequently overwhelmed the singing, and so it would have been instructive to follow the libretto in detail. 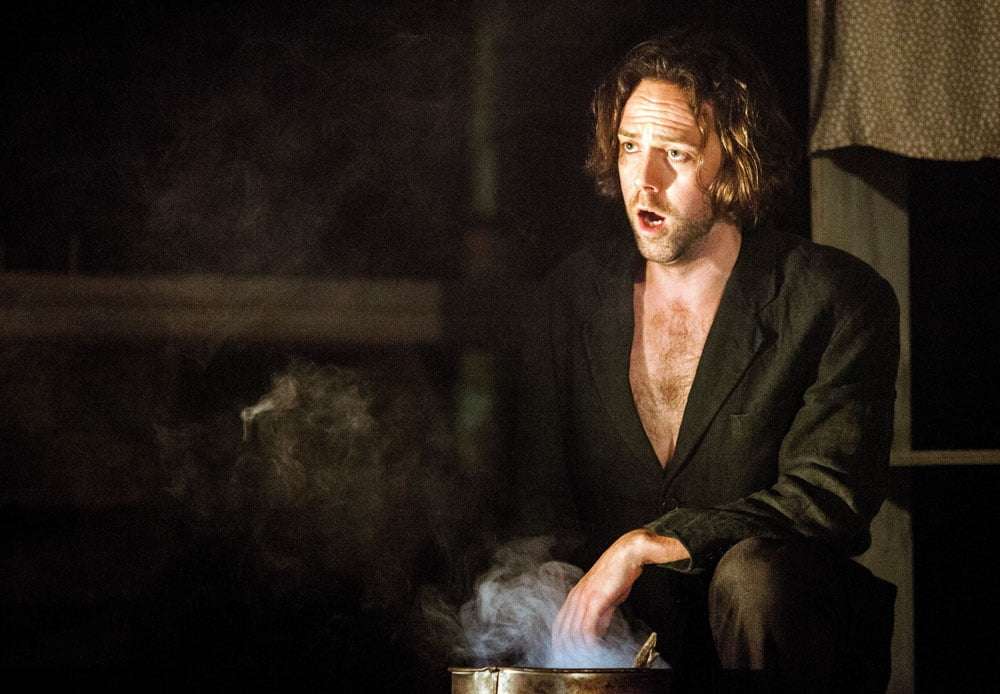 The generally young cast were well-engaged. Although Kirsty Taylor-Stokes sounded underpowered and reticent at times, that seemed to be in-keeping with the hesitant, apprehensive character of Vreli, and at other times her singing was turned to good account in expressing tenderness and affection, though coming under strain in more effusive passages. Luke Sinclair’s Sali was bolder and more secure, in contrast to the eleven-year-old Alex Edwards’s unassuming way as the younger version. Robert Gildon and Geoffrey Moses made for a yet more commanding presence as Manz and Marti respectively, project their words more clearly than others, even if Moses was somewhat dry of tone. Ian Beadle convincingly embodied the elusive Dark Fiddler with lyrical and quiet lustre as the Gurnemanz-like character who tries to persuade the young innocents of a life of vagabondage, away from the petty strife. It was a neat dramatic stroke to have him make his first appearance by appearing from the theatrical no-man’s-land behind the audience.

With fairly limited resources New Sussex Opera tackled Delius’s ambitious piece with great enthusiasm and presented a realisation that was more than a trial run or the scrutinising of a curiosity. The group demonstrated that it is a work with considerable musical interest and with a narrative of much symbolic substance that could hardly tax the imagination of any reasonably experienced director or the attention of an average opera-going audience. Seeing there is very little English opera between Gilbert & Sullivan and Britten mounted anywhere, and the Delius is a great deal more cosmopolitan, a full-size outing to follow this effort would be welcome as the neglect of A Village Romeo and Juliet seems inexplicable.