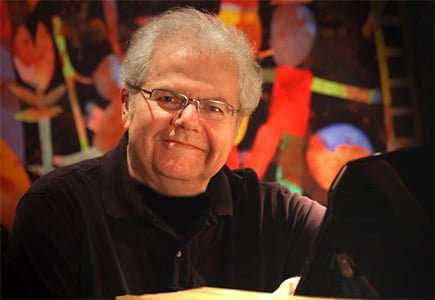 As the current season nears its close, the New York Philharmonic featured what might be termed ‘local talent’ in a program of works spanning three centuries. Emanuel Ax, the Philharmonic’s artist-in-residence this season who is such a frequent guest that he has been made an honorary member of the orchestra, performed a Haydn Piano Concerto; Christopher Rouse, composer-in-residence, attended the New York premiere of his Third Symphony; and music director Alan Gilbert conducted A Ring Journey, his synthesis of music from Wagner’s Der Ring des Nibelungen.

Up first was the Haydn. Although some doubt as to its authorship arose during Haydn’s lifetime, reliable documentation has shown conclusively that Haydn composed the concerto in the early 1780s. This last of Haydn’s eleven piano concertos is a fine example of stile galante, with similarities to Mozart’s works in the same genre. Although far from a soloist’s showpiece, the concerto achieved popularity in its day, principally because of its finale flavored with Hungarian gypsy dance music. Emanuel Ax gave a lithe performance, executed with spirit and elegance. His natural gentility graced the slow movement’s relaxed manner, and the finale sparkled with flickering grace-noted figures during which Ax’s enthusiasm was evident, undaunted by a sudden turn to the minor key, at which point one could imagine Haydn’s wry smile for interposing this brief diversion. 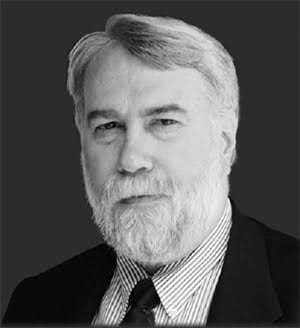 Christopher Rouse, born in Baltimore in 1949, is one of the most prominent of American composers. In his early years he was enthralled by popular music, particularly rock. Having been a percussionist he sometimes indulges massive outbursts and riveting rhythms – he acquired such a reputation for overpoweringly high volume that one orchestra called in the Occupational Safety and Health Administration (OSHA) to determine whether his music was safe for the musicians to play! But this should not leave a false impression; Rouse’s music is serious, often dramatic and highly intense, anguished in expression, and driven by brutal energy that can readily give way to passages of warm lyricism.

In his Third Symphony, premiered in 2011 by David Robertson and the St. Louis Symphony, Rouse sought to fulfill a long-time desire of using an extant piece as a take-off point. He turned to Prokofiev’s Second Symphony and its unusual two-part form: a toccata-like allegro followed by a theme-and-variations movement. What is most impressive about Rouse 3 is the extraordinary variety of its tone color and rhythmic vitality. A master orchestrator, Rouse’s combinations of woodwinds and percussion, and strings and brass, produce strong effects to enhance a highly charged, rhythmically whirling expulsion of force or to intensify its ferocity.

The opening movement is a wild, vigorous ride through rough terrain, with stabbing infusions of ear-splitting brass suddenly jutting out from relentlessly manic string figuration. Rouse pays homage to Prokofiev with the brief opening trumpet fanfare and a solo percussion passage towards the movement’s close. The second’s Variations are based upon a meditative Theme with a Russian-like flavor played here exquisitely on English horn (cor anglais) by Keisuke Ikuma. Each commentary has a special character, enhanced by its own coloration, from the tinkling vibrations that accompany the woodwinds-strings interplay in the first; the somber quality of the second, scored for strings and harps only that gives a nod to William Schuman and other mid-twentieth-century American composers; the buoyancy of winds and brass in the third; the flashing mixture of colorful effects that energize the fourth; and the barbaric percussion that opens the fifth, which Rouse describes as possessing “bacchanalian abandon”. 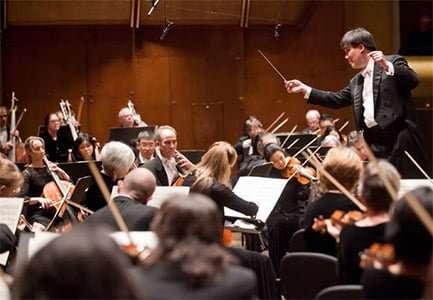 The Philharmonic gave a knockout performance. Strings rose to the occasion in deftly rendering exhaustingly long and complex passages, blasts from the brass cut through like terrifying knife thrusts, woodwinds produced much that was spine-tingling, and the percussion section nearly blew the roof off during its supercharged solo. We can look forward to the premiere next season of Rouse’s Fourth Symphony, which has been commissioned by the Philharmonic.

After intermission the concert concluded with Alan Gilbert’s symphonic suite of music from Wagner’s Ring cycle, which he has based on a synthesis prepared by Erich Leinsdorf. Omitting music from Das Rheingold, the nearly hour-long anthology opens with the all-too-familiar ‘The Ride of the Valkyries’ and then proceeds in mostly chronological fashion, from ‘Wotan’s Farewell’ which ends Die Walküre, through the awakening scene in the final Act of Siegfried (but excluding its ‘Forest Murmurs’), to ‘Dawn’, ‘Rhine Journey’, ‘Funeral Music’ and the ‘Immolation Scene’ from Götterdämerung. Most of Gilbert’s attempts to meld the segments worked well enough, but occasionally the transitions either seemed too blunt or weakened the impact of the sections they link. This problem was especially evident at the point of Siegfried’s daring traversal of the ‘ring of fire’ and in a cut at the end of the ‘Immolation Scene’ which jumped suddenly into the music that describes the collapse of the Gibichung Hall, undercutting its dramatic impact.

During most of the performance, the brass ensemble asserted itself with ample power befitting the heroic music, but did toward the end occasionally fudge triple-tonguing. The strings also seemed to tire, yet worked hard to stay on-track despite some scrappy moments. Kudos is due to Philip Myers for his dynamic off-stage rendering of Siegfried’s horn-calls and to bass clarinetist Amy Zoloto who played Brünnhilde’s sobering theme gracefully yet with a twinge of mystery. Gilbert made every effort to elicit intensity throughout, but although he could slow down or diminish the dynamic level, making the music seem inappropriately tame, he nonetheless did achieve a seamless performance with some impressive moments.