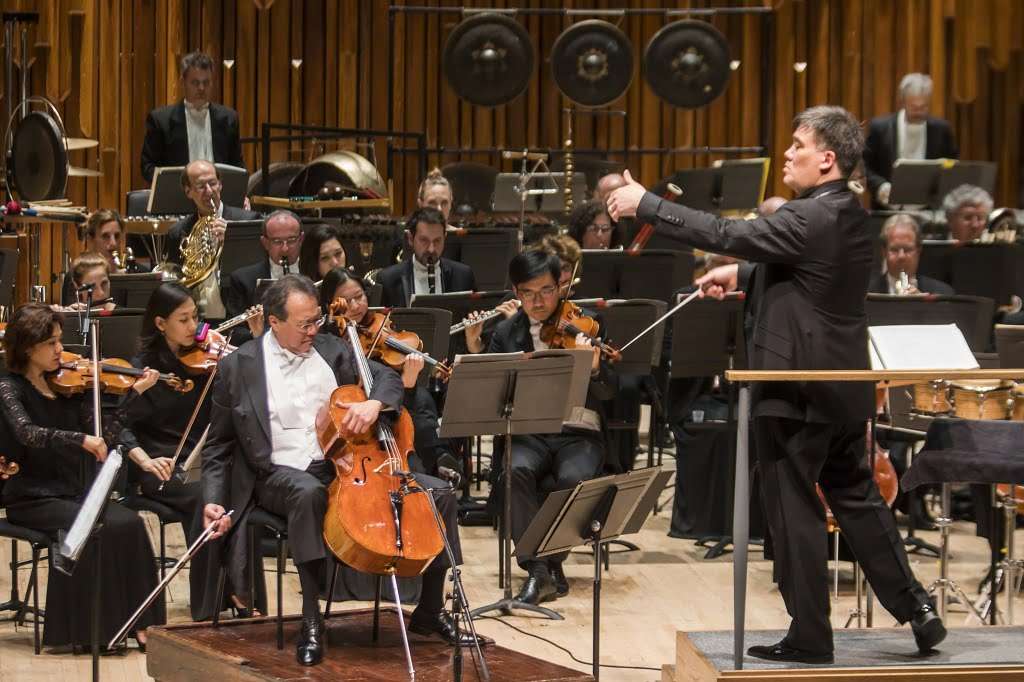 Music from thirty years ago (Esa-Pekka Salonen wrote in his programme note for his Cello Concerto that some of its ideas go back to the mid-eighties, when John Adams composed both The Chairman Dances and Harmonielehre) was the focus for the final concert of the New York Philharmonic’s latest Barbican Centre residency, the last of out-going music director Alan Gilbert’s tenure. Adams’s 70th-birthday celebrations and the presence of Yo-Yo Ma ensured a sell-out, with a wildly enthusiastic audience, notwithstanding the persistent throat-clearer sitting behind me.

Favouring a flat stage (an unusual sight in British concert halls), which has a definite affect on the sound, the New York Philharmonic proved its reputation as one of the world’s top orchestras. I particularly liked the clarity of the harps (to Gilbert’s left, hard by the side wall) that carried even in the heaviest textures; and all departments were on display in this virtuosic programme. 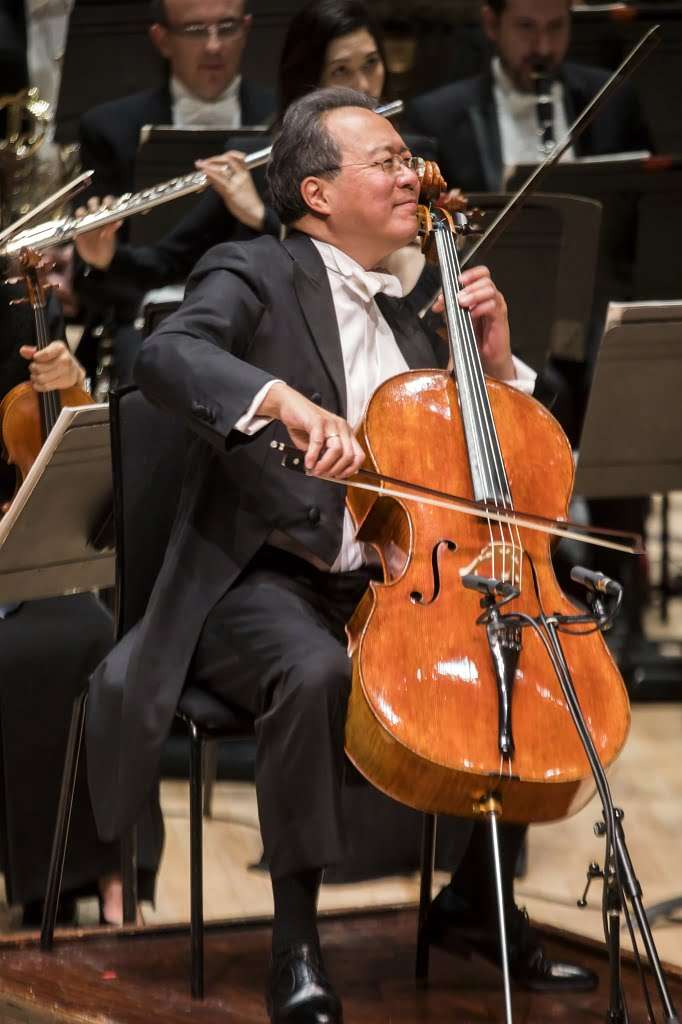 Salonen’s Cello Concerto (completed this year for Yo-Yo Ma) was conducted by the composer in its Chicago world-premiere a few weeks ago, and New York heard it soon after, Gilbert presiding. Cast in three movements, the second running seamlessly into the third, this is a big-boned work that was attacked with relish by Ma. From what Gilbert described (to cover the stage re-setting) as “primordial soup”, Salonen seems to be channelling Martinů-like slipperiness at the start, out of which the cello rises with almost Elgar-like nobility in a long-breathed theme. Salonen describes the opening as cloud-like chaos and the cello’s theme as a comet, with the cloud returning at the end. There are delicious orchestral contributions along the way, including third and fourth desks of both violin sections rising to solo status.

Further cosmic music opens the middle movement. Here, when the cello’s voice appears snatches are sampled and fed back for Ma to duet with himself, echoes rebounding. Reaching higher the cello is joined by flute, but the cloud returns for the cellist to drag the music into the Finale, a dance, a percussionist joining the soloist in front of the conductor, armed with bongos, maracas, woodblock and two flexitones, setting up an infectious rhythm. Once again the music becomes calmer with Ma edging up the fingerboard to reach almost beyond the bridge for a stratospheric B-flat, and, even when that disappears from audibility, the Concerto is not quite ended as there’s a ghostly echo of a recorded loop as if happening beyond the Hall. Impressive and involving, one can only hope the Philharmonia Orchestra has already invited Ma to reprise the work with the composer over at the Royal Festival Hall. 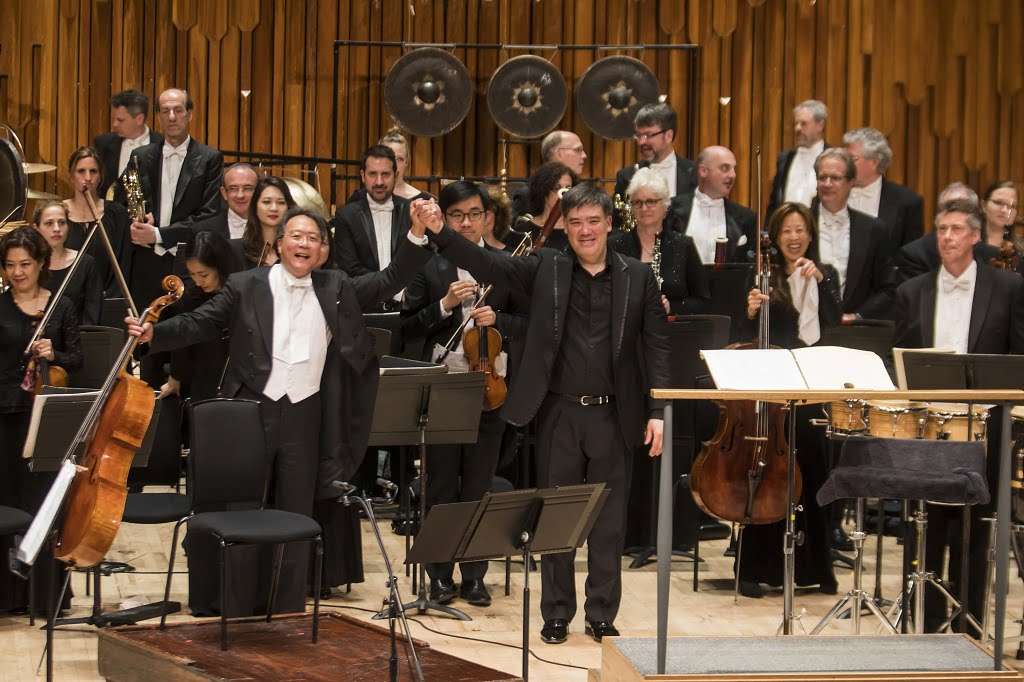 Either side of the Salonen, John Adams held his own with infectious rhythms. The Chairman Dances, his study for the third Act of Nixon in China, is a suite of dances (eventually choreographed by Mark Morris) that continue to beguile with their insistent propulsion and sinewy sleights-of-hand as they change metre and eventually run out of steam, leaving just slowing sandpaper swishes.

There’s more dancing in Harmonielehre, some of it seemingly cut from the same cloth as The Chairman Dances, but not before the pounding E-flat chords at the start and end of the opening movement, encompassing Adams’s strange vision of a super-tanker launching itself vertically to the sky from San Francisco Bay, and the many musical references to fin de siècle composers (the crashing chords from Mahler’s Tenth seemed more prevalent here than I’ve clocked before) in the middle ‘Anfortas Wound’ movement. But it’s the horn-calls late in the Finale (‘Meister Eckhardt and Quackie’) that Gilbert’s thrilling and confident conducting leading to and the all-encompassing blaring ending that engendered an equally imposing barrage of applause.