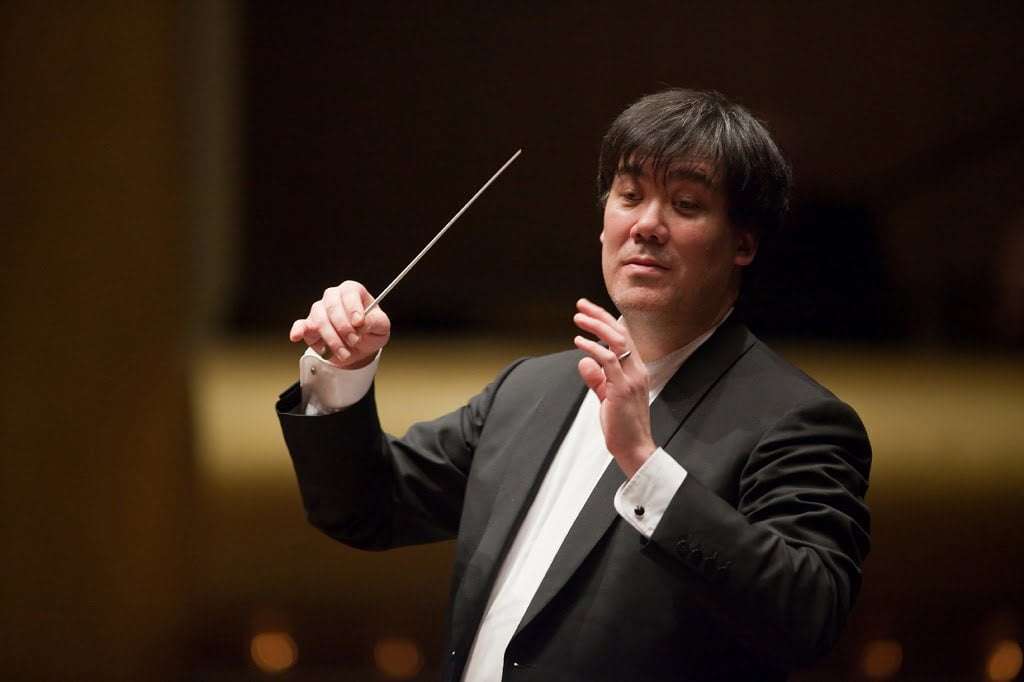 In this New York Philharmonic concert, Alan Gilbert paired works by two very different composers, Béla Bartók and Anton Bruckner. It might seem difficult to find common ground between them, yet each expresses spirituality in his own way. In the Adagio of his Eighth Symphony, Bruckner builds long stretches of intense yearning for redemption to a heaven-storming climax, while the Adagio religioso of Bartók’s Third Piano Concerto focuses on a serene chorale, as if trying to provide relief from outbursts of pain.

Bartók composed final Piano Concerto for his wife while he was suffering from illness, finishing all but eight measures before his death. Tibor Serly completed the orchestration from Bartók’s sketches. The Philharmonic welcomed back last year’s Artist-in-Residence, Yefim Bronfman, who performed the Concerto with gentle, refined expression in lyrical passages and vibrant dramatic thrust in stronger sections. 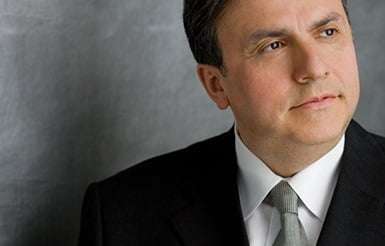 At the opening, Bronfman set a rather mellow tone, more than usually introspective, continuing so in the middle movement, which projected a devotional quality. The sheer beauty of the strings provided the perfect surroundings for the piano’s ethereal serenity, and bright woodwind tones lit up soulful passages before the sudden shift of gears to the gripping force and almost savage ferocity of the finale. In the rapid pyrotechnics that energize this music, Bronfman’s light touch was manifestly engaging, yet conveyed a sense of struggle to maintain control of the music’s internally seething emotions.

In the second part of the program, Gilbert offered a vigorous and stormy rendition of Bruckner’s Eighth Symphony. Written toward the end of the composer’s life, it underwent several revisions, which some say were virtually forced upon him by others. There is more than one edition; Gilbert opted for that by Leopold Nowak (1904-91). The emotional thread of the work extends from what Bruckner referred to as the “Annunciation of Death” (referring to Wagner’s Die Walküre) and “Submission” presented in the first movement, to the scherzo’s defiant theme and idyllic trio, then the sighing expression of the Adagio with its monumental Heaven-opening climax, and the driving force of the finale.

One of the quintessential aspects of Bruckner’s enormous score is its structural unity, a sense of how each movement – and the entire work – is organized, and how its various sections relate to an ultimate goal. The Symphony can sound too segmented, making long passages of unrelenting repetitions of primarily rhythmic phrases quite wearing, particularly if they are played mechanically, as often occurred during this performance. Although Gilbert shaped lyrical lines eloquently, and the orchestra as a whole played extremely well, his reading failed to fully capture the work’s monumentality. Extremely loud outbursts and energetic tempos served as defining characteristics, and the impact of crescendo passages was undermined by poorly measured graduation and a tendency to reach the height of power prematurely. Too often, important mottos (such as the flickering grace-noted figure that first appears in the low strings at the beginning of the first movement and later serves as the driving rhythm that opens the finale) were fudged rather than clearly defined.

Horns were too often prominent when they should have blended into the harmonic background (as at the beginning of the Adagio, giving it a strangely dark hue). The violins, led by Frank Huang, a potential replacement for retired concertmaster Glenn Dicterow, played with sterling beauty throughout, one notable example being their beautifully shaped serenade-like theme during the trio of the scherzo. The cellos impressed with a sublime treatment of the Adagio’s heavenly principal theme. The finale was too fast, however, and playing was occasionally choppy and hard-edged, with strong passages blasted out mercilessly, as if intent on making an impact by overpowering dynamics. There should be much more to this stupendous Symphony than cataclysmic sorties of excruciatingly high volume.