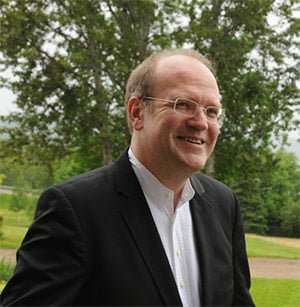 Over the past 30 years Bernard Labadie, the Canadian founder and conductor of Les Violons du Roy and La Chapelle de Québec, has established himself as a specialist in 17th- and 18th-century repertoire. As he has been adapting ‘historically informed’ performance practices to modern instruments, he is increasingly in demand as a guest conductor of baroque and classical era programs with symphony orchestras. Here the New York Philharmonic was pared down to chamber proportions: a small group in the first half, with the violins all together, while in a slightly enlarged string section for the Mozart, the second violins and the previously outside-right-placed violas exchanged places.

Miah Persson was featured in all three works. While her vocal agility during the coloratura passages in the Baroque works was most impressive, her control of pitch was less so. Her voice was best suited to the Cantata by Johann Sebastian Bach, although even there one wished for more expressivity and color. In the Handel – which Labadie took at an unsettled and swift tempo – the clarion quality one expects from the soloist was sorely missing, Persson’s light voice with a tight vibrato seemingly miscast. Much of the same can be said for the Mozart, where this unpleasant sonority and her monochromatic delivery contrasted starkly with the warm, rich mezzo-soprano and superb musicality of Stephanie Blythe. The male soloists similarly left divergent impressions, especially in the ‘Tuba mirum’: Frédéric Antoun, in his New York Philharmonic debut, sang with a sweet, expressive and ringing tone, while Andrew Foster-Williams, identified as a bass, lacked any of the darkness associated with this vocal category, a required quality for the part. 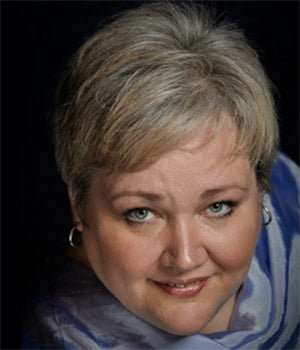 Labadie chose Robert Levin’s 1993 completion of Mozart’s Requiem, which he recorded with his Canadian forces in 2002. In Levin’s own words, “while Süßmayr [the editor of the ‘standard version’] did an admirable job in completing the score, there remain many mistakes and curious aspects that have never been entirely addressed.” Among other edits, the American scholar therefore lightened the texture, most noticeably in the ‘Benedictus’ and ‘Hosanna’, and he replaced Süssmayr’s two-chord ending of the Amen with a fugue based on recently discovered sketches by Mozart.

New York Choral Artists, a professional choir, handled the contrapuntal sections brilliantly. Its sound was beautifully blended and warm in the lyrical sections, most notably the ‘Salva me’ at the end of the ‘Rex tremendae’, and during the ‘Agnus Dei’. However, whenever more emphatic delivery was required – such as the ‘Dies Irae’ and elsewhere – a lack of accents, incisive consonants and energetic projection vastly diminished the impact of the music. It was as if the chorus had been trained to maintain a smooth line at all cost, and in addition many of the singers held their music almost in front of their faces, further impeding clarity of diction.

Labadie, conducting the Requiem from memory, certainly tried his best to obtain a lively performance. Nevertheless, although he was giving most of his attention to the chorus, it seemed as if he was getting only a partial response. While he was able to elicit both subtle nuances and long lines, he was less successful in conveying the drama of the work. The orchestra was more responsive in that respect, while careful not to overwhelm the singers. Playing without vibrato and with a light touch, the strings produced a transparent and pleasant, if slightly generic sound.

For Mozart this seemed stylistically appropriate, but in the Baroque works one wished for more crispness of articulation, similar to what was displayed in the Handel by the excellent trumpeter Matthew Muckey, the orchestra’s assistant principal. His playing and Stephanie Blythe’s singing were the highlights of an otherwise rather disappointing concert.