Rachmaninov
The Isle of the Dead, Op.29
Rhapsody on a Theme of Paganini, Op.43
Piano Concerto No.2 in C minor, Op.18 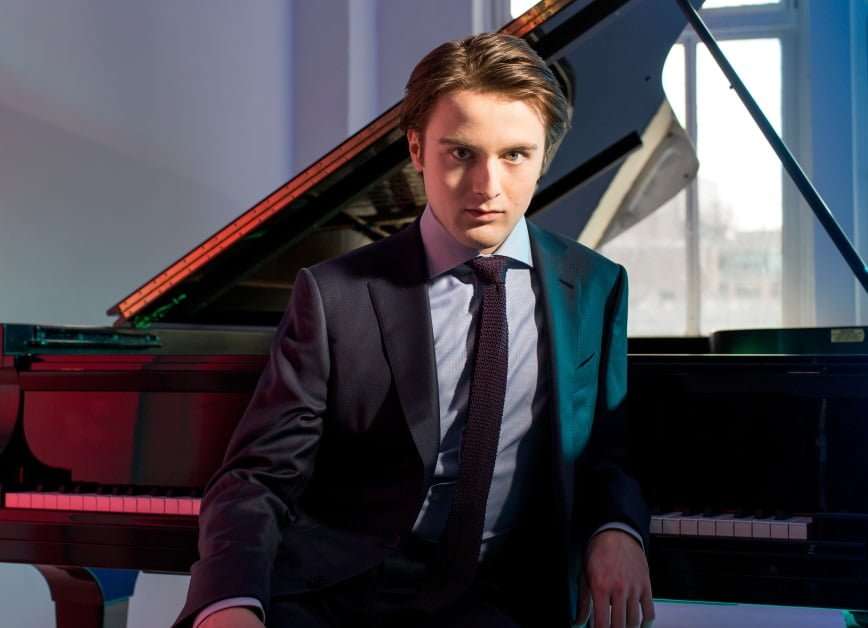 The New York Philharmonic opened its five-part Rachmaninoff: A Philharmonic Festival with this concert conducted by Cristian Măcelaru and featuring Daniil Trifonov in Rhapsody on a Theme of Paganini and the Second Piano Concerto.

After winning the 2014 Solti Conducting Award, Măcelaru was named conductor-in-residence of the Philadelphia Orchestra. Trifonov’s career skyrocketed after he took First Prize at both the Tchaikovsky and Rubinstein Competitions in 2011. Both of these extremely talented musicians are at the beginning of their careers.

Rachmaninov completed The Isle of the Dead in 1908. The previous year he had come across the paintings of Arnold Böcklin. He was particularly captivated by Die Toteninsel, which he saw in a black-and-white copy. The canvas depicts an island of huge cliffs surrounding a grove of cypress trees, with a portal carved through the center toward which sails a boat bearing a shrouded figure in white standing over a white coffin draped with wreaths.

The opening of Rachmaninov’s score suggests the softly undulating waters slapping against the shore-less cliffs. A wistful lament follows, and as the music becomes more energetic a brass chorale intones a variant of the ‘Dies Irae’, which haunted Rachmaninov. The middle section rises to a soaring lyrical transformation of the lament theme. Măcelaru succeeded in evoking the dramatic character of the shattering climax two-thirds through, gradually increasing its forward motion with gripping intensity and riveting orchestral strokes lashed out with fury in the reprise of the plainchant. 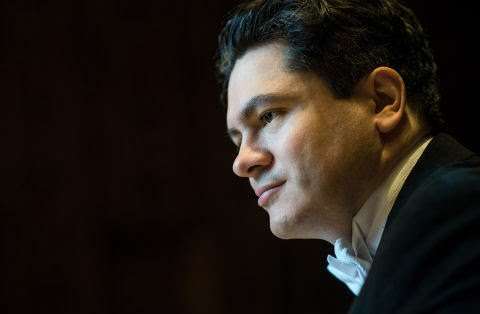 As fine a performance as this was, the highlight of the evening was the spectacular pianistic gymnastics of Daniil Trifonov. His remarkable dexterity, sensitive expressivity, vivid strength and vitality are extraordinary. In the rapid-fire variations of the Paganini Rhapsody, Trifonov darted about vigorously, flashing his agile technique with astonishing precision and élan. Sometimes he bent over the keys as if communing with them and then hurtled across them with wild abandon – in Variation IX he executed the descending octave runs with uninhibited ferocity. Yet his flair for the lyrical was also impressive, not least his tender reading of the famous Variation XVIII.

Later, although Trifonov’s execution of the Second Piano Concerto was astonishing, he suffused virtually the entire work with an underlying agitation that robbed the more poetic material of warmth and subtle inflection, in particular the dreamy opening of the Adagio lacked sufficient nuance and flexibility, and he could be hasty. His fiery entrance opened the finale, but little of Rachmaninov’s yearning romanticism came through. At this juncture, flashy dexterity appeared to have won over heartfelt lyricism, although he is capable of both.

Trifonov added his hilarious, if not outrageous, transcription of the Overture to Johann Strauss II’s Die Fledermaus. It seemed like a spoof to showcase his talents rather than a serious effort to transcribe the original.