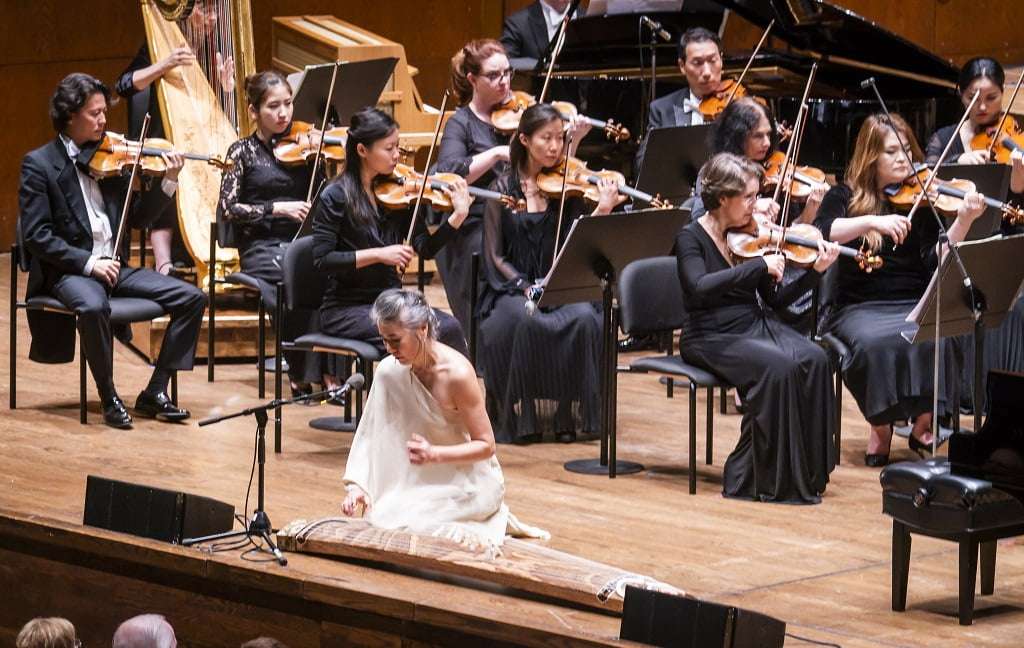 The New York Philharmonic is presenting “The Art of Andriessen” to celebrate the music of the inestimable Louis Andriessen (born 1939). Whether abstract, metaphysical or politically motivated, his works contain fascinating instrumental combinations set in ingeniously conceived formulations, an antipathy to the typical Germanic, neo-Romantic, consonance and to the formalistic principles of European serialism; he is an internationally recognized composer who has received many accolades.

David Robertson led the Philharmonic in a program of the new and the trusted. Andriessen’s TAO (The Way, 1996) was first up, the second part of his Trilogy of the Last Day, a cycle of pieces that deal with mortality. TAO is scored diversely, woodwinds, horns, Japanese koto, a rin (a Buddhist ceremonial “singing bowl”), percussion, harp, four women’s voices, and strings. Even if Andriessen did not employ oriental-sounding contours and harmonies, the orchestration has an Eastern inflection. Thirteen chords form the foundation of TAO, relating to the thirteen companions referred to in a text by Lao Tzu, the sixth-century Chinese philosopher who was the purported founder of Taoism. A serene, mystical atmosphere punctuated by strokes on woodblocks is established. The melodic material consists of long, arching lines in monochromatic sustained tones. Members of Synergy Vocals sang passages from Lao Tzui’s Tao-teh Ching. Tomoko Mukaiyama, for whom TAO was written, entered more than halfway into the piece. She attacked the dissonant chords that knife through the ethereal soundscape with antagonistic assertiveness. Towards the conclusion she rose from the piano as if in a trance and knelt before the koto. After some brief chords she began to recite a poem written by Kotaro Takamura, and primarily ominous. TAO ends inconclusively as if in mid-stream, a nod to the Taoist philosophy’s conception of eternity. Robertson led a clear, well-balanced and precise performance. 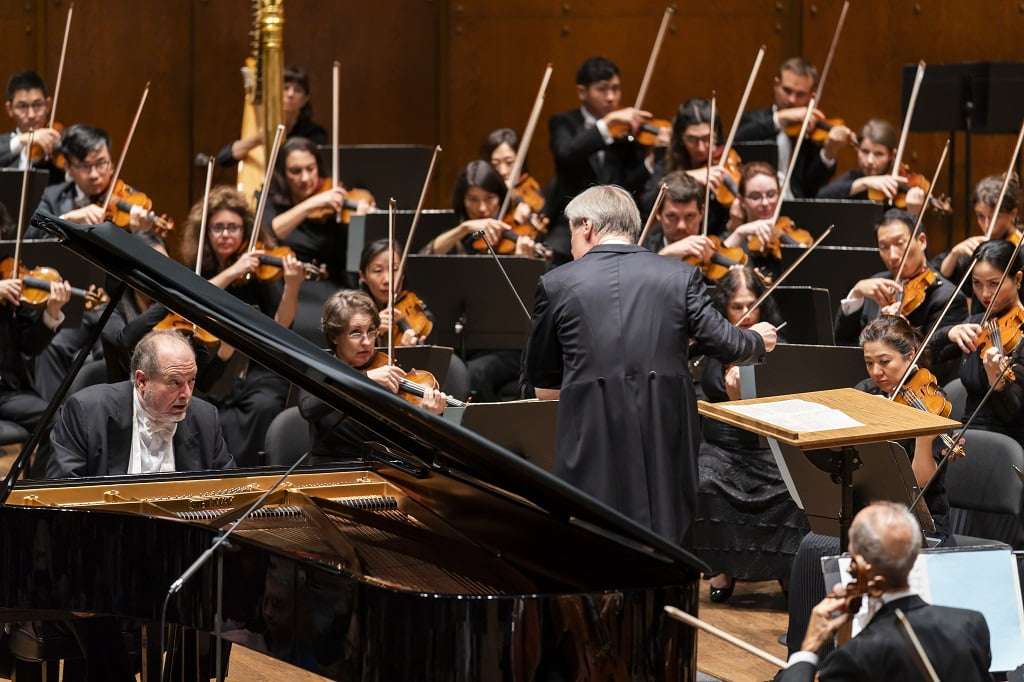 Rachmaninov’s Rhapsody on a Theme by Paganini followed. Garrick Ohlsson negotiated the more challenging variations with masterful skill and elfin dexterity; the vibrant vying with the exquisite, and for an encore he gave a highly dramatic account of another Rachmaninov favorite, the Prelude in C-sharp minor, Opus 3/2.

For Sibelius’s Second Symphony, Robertson set a rather brisk pace for the opening movement, undercutting its natural fluidity and relaxed, folk-like character. In a relatively straightforward reading of the second movement, an incessant rigidity and detachment froze the music in its tracks. A racy Scherzo movement followed, contrasting with a Trio that at last let the music expand. In the Finale, well-shaped and steadfastly rendered, the buildup to the coda lacked the feeling of urgency that should impel the music forward. The Philharmonic played brilliantly – strings rich and vibrant and brass resonant and full-bodied, especially during the glorious close.